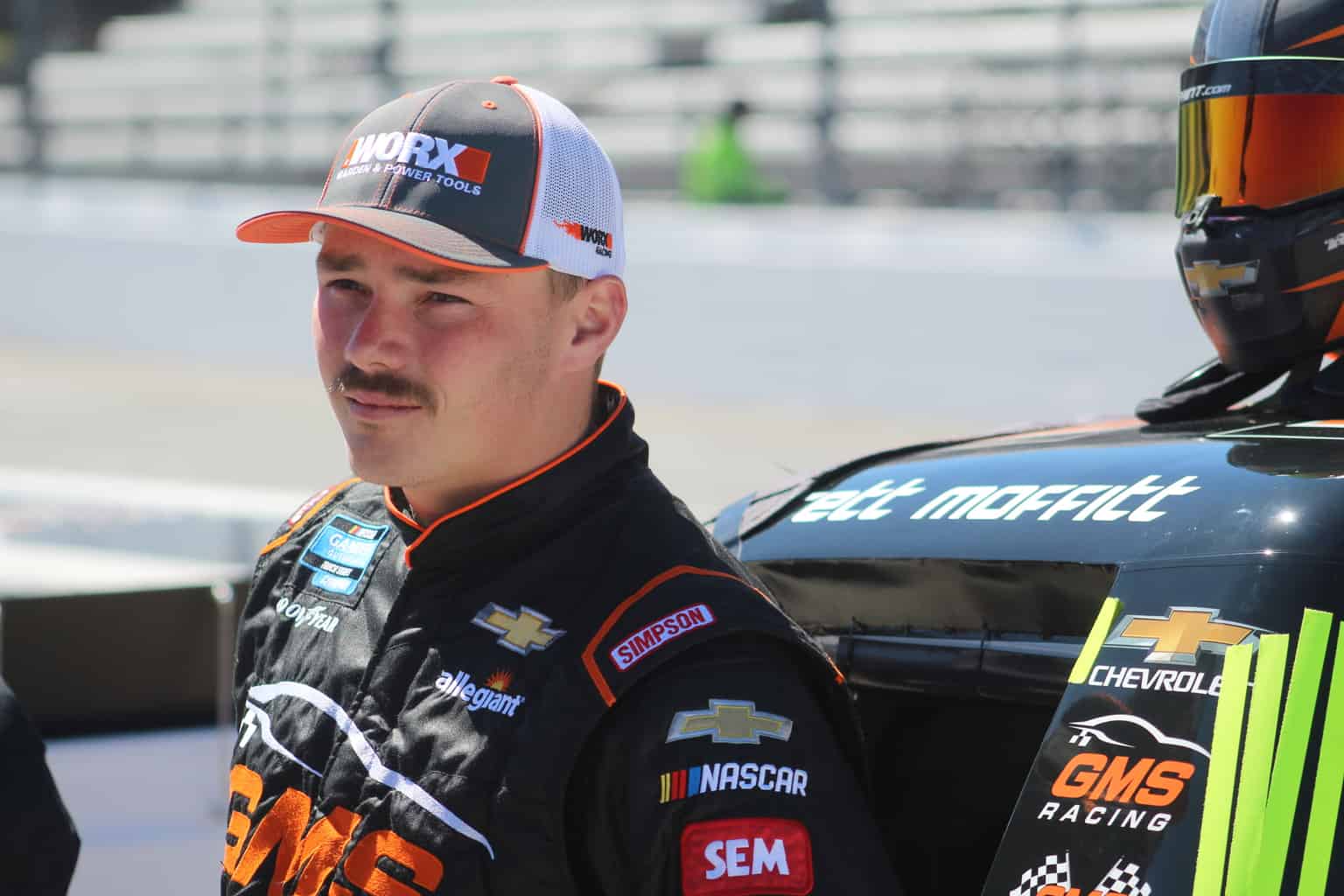 There was a lot of action across the Northern border where Todd Gilliland and Brett Moffitt topped the charts in Saturday’s (Aug. 24) NASCAR Gander Outdoors Series practice sessions. Gilliland posted a single-lap speed of 111.187 mph in opening practice at Canadian Tire Motorsport Park, while Moffitt ran slightly faster in the final session with a speed of 111.295 mph.

Kyle Busch Motorsports came out of the gate strong, with all three of its Toyotas taking the top three positions. Harrison Burton was second fastest, going 110.408 mph, while Alex Tagliani’s fastest lap was slightly slower at 110.325 mph. This will be Tagliani’s fifth Truck Series start, all at CTMP. Playoff battlers Ross Chastain and Austin Hill rounded out the top five fastest lap speeds.

One incident was reported in the session; Stewart Friesen had to go to a backup truck after suffering heavy damage to the right side of his Halmar International Chevrolet.

The last session of the day was a busy one, but ultimately saw Moffitt leading the way. This time, Hill was second fastest, with a lap speed of 110.580 mph. Sauter came in third quickest, posting a lap speed of 110.018 mph. Tyler Ankrum found himself in the top four, going 109.354 mph, and Gilliland followed close behind with 109.242 mph.

Chastain was sixth fastest, with Dylan Lupton not too far behind in seventh. DJ Kennington, who was announced to replace Tyler Dippel after he was suspended by NASCAR, was eighth quickest. Tagliani and Sheldon Creed finished up the top 10.

Creed did not have a good session, however, as he crashed into the tires and suffered heavy front end damage. He has to go to a backup truck for Sunday’s race.

Much dirt on the nose of the 2-Truck pic.twitter.com/xldfLiKWy5

Jordan Anderson also crashed in the session, but the team does not have a backup truck available.

Anderson says he lost his brakes, and whipped it around to hit with back rather than the front.

No back-up truck, but they’ve got back-up parts. They’ll try to fix for the race. pic.twitter.com/TKRhGtbFq6

No other incidents were reported.

Qualifying for Sunday’s Chevrolet Silverado 250 at Canadian Tire Motorsport Park is set to begin at 9:30 a.m. ET and will air on FOX Sports 2. The race will follow at 2:30 p.m. ET on FOX Sports 1.

Practice speeds mean nothing Gilliland, no points. It’s where you finish that counts. I think Kyle already picked your replacement.