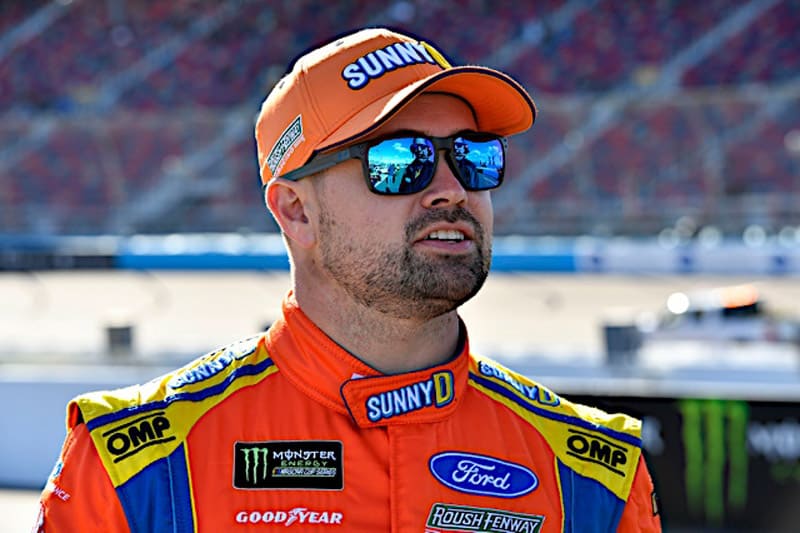 While Kevin Harvick and his son Keelan were celebrating with a lobster in victory lane, there was plenty of other storylines that happened during the Foxwoods Resort and Casino 301.

Among the highlights from the race on Sunday, July 21…

For Ricky Stenhouse Jr., it is a win or go home scenario when it comes to the 2019 postseason chase. The Olive Branch, Mississippi native entered the day 44 points back of Erik Jones for the 16th and the final transfer position.

For Stenhouse, it was clear he didn’t have the best car. But his crew chief, Brian Pattie, mixed up some pit strategy and elected to take two tires to get out front.

Stenhouse was running in good position after the pit strategy, sitting inside the top 10. But that’s when he got together with Jones and, for Stenhouse, the resulting wreck from a flat tire ruined his chance for a solid day.

His comments afterward showed the pressure to perform as the window to reach the playoffs starts closing up.

“The No. 20 ran over us.  [Erik Jones] has been known to do that to us a couple times now lately,” Stenhouse said after getting treated and released at the infield care center. “He’ll get one coming his way before it’s over with, or at least before I’m through with it

“He was out front and I don’t know what happened. We had this restart with him upfront and didn’t have any issues, its just he has ran over us a couple times and that is his deal and he is going to have to deal with it at some point.”

For Stenhouse Jr, it is evident that retaliation could be coming. But the real question is… when?

For Jones, it was a roller coaster of a race.

It started with him getting together with Stenhouse but then continued with a oh-so-close pit road violation on Lap 265. Jones initially felt he had violated the commitment line but video replay showed he kept two of his tires above the orange box.

As a result, NASCAR officials didn’t call a penalty and Jones was allowed to restart in second place. He held on for a third-place finish that helped solidify his spot on the postseason bubble.

“It was kind of a sloppy day in my opinion, but it was a good day,” Jones said in after the race on pit road. “Got good stage points in the first stage (running second) and finished well at the end. But the Stanley Camry was good. All day, I felt like we were close. We just needed to get up front and never quite did it and never quite got the lead, but we were there.

“Again, up in the top five, you can’t complain, and especially with the points we gained today, it’s good. We can definitely get more aggressive with that gap. We’re getting close there to having almost a race on them.”

Jones moved up to 14th in points. He’s 28 points ahead of 17th, a spot currently held by Jimmie Johnson.

Like Stenhouse Jr., Johnson is right on the bubble on making the 2019 Monster Energy NASCAR Cup Series playoffs.

The seven-time champion had mechanical issues on lap 154 and came down pit road to address them. The team lost over 10 laps fixing the power steering belt and water pulley system, a costly blow to Johnson’s bid to make a 16th straight postseason appearance.

“Well, it was certainly a letdown to say the least,” Johnson said after the race. “I thought it might have been from some contact on a restart. I got in the back of the car in front of me. They told me that wasn’t the case. So, I assume some debris got in the pulley system and took out my power steering and the water pump as well. So, it’s just unlucky on that front. Certainly the wrong time of the year to have some bad luck. It looked like the guys I’m worried about in the points didn’t have the best day either, so maybe I got a pass on this one. I’m just disappointed, to say the least.”

Johnson took a big hit, falling outside the top 16. It may seem like Johnson will need to gamble to either gain stage points and/or wins in the final six races before the playoffs begin.

“We’ve been trying all year,” Johnson said when asked about the strength of his team. “It’s not like we can magically flip a switch and all of a sudden have more. We’ve been able to run in the top five and we need to get back to doing that. That’s really what it boils down to.”

He’s 17 points behind the final spot in the playoffs, currently held by Clint Bowyer.