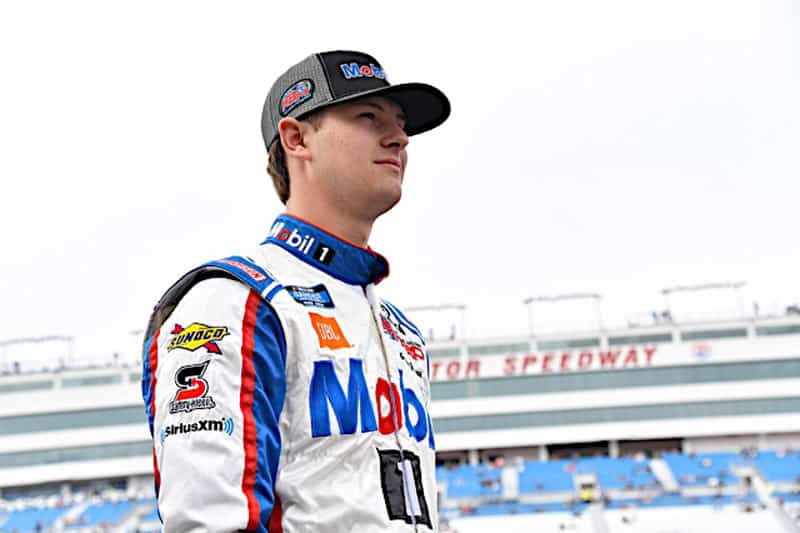 Todd Gilliland has been in the headlines for all the wrong reasons this season.

Having missed out on a couple of what could have been victories last year, he’s drawn strong comments out of Kyle Busch Motorsports team owner Kyle Busch, who hinted as early as Atlanta Motor Speedway that his job may be on the line. More recently, Busch was critical of his Gander Outdoors Truck Series drivers and rated their performance thus far at a 2/10 last weekend at Pocono Raceway.

Earlier this week, KBM announced a crew chief change that put Wes Ward atop the pit box for Gilliland in hopes of shaking things up for the team and allowing the No. 4 Toyota another chance to find success that seems to keep slipping through its grasp.

It started off well for Gilliland, who scored the pole Friday afternoon (June 7) ahead of the SpeedyCash.com 400. But that happiness was short-lived and ended before stage two did. After finishing stage one seventh, Gilliland was running inside the top five when he spun into the outside wall, ending his night and his hopes at claiming his first career victory in a critical week for the sophomore driver.

“I just got loose underneath the [No.] 99. He was just coming around me a little bit. It happens,” he explained. “I was a little bit loose on entry before that and tried to hold it wide open through [Turns] 1 and 2 like you should be able to and just couldn’t that time.”

Instead, Gilliland had his second DNF of the season and ended the night in 27th, knocking him below the playoff cutline.

“It sucks, I hate it, especially because my Mobil 1 Tundra was so fast tonight, got the pole. Just wish we could have finished that one off and give the guys another chance or two to work on it. I think we would have been right there with them.”

For Gilliland, it’s a critical time as his runs have come under more and more scrutiny, especially since KBM has six wins, including one by Greg Biffle, who returned to the series after 15 years, Friday night.

“There’s no point throughout the season you can have a DNF and recover how you need to,” he explained. “We’re just going out the next couple of weeks – they’re really important – and refocus every time. There’s still tons of positives to take out of it. This weekend went really well except for this.”