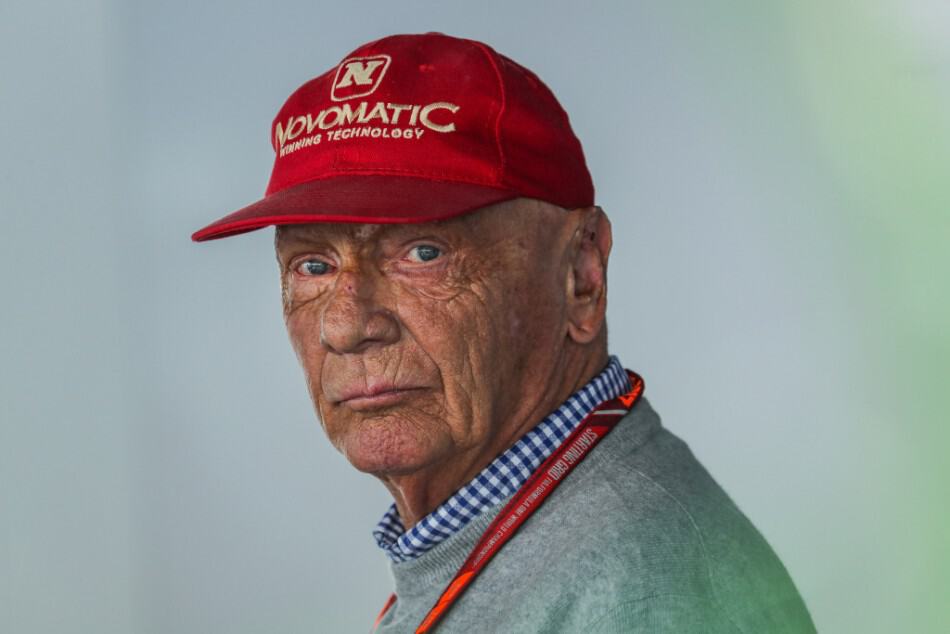 Monday night (May 20), the racing community was saddened with the news that three-time Formula 1 World Champion Niki Lauda had passed away at the age of 70.

Lauda had been suffering from numerous of health problems over the past two years. He was notably missing in the paddock at a number of races last season as the Austrian recovered from a double lung transplant. At one point there was optimism that Lauda would return in 2019, but he faced complications with his kidneys, placing him in the hospital once more. Then, earlier this year, he was treated for influenza  which may have contributed to his passing away peacefully on Monday as stated by his family to CNN.

“His unique successes as a sportsman and entrepreneur are and will stay in our memory,” the Lauda family said. “His tireless zest for action, his straightforwardness and his courage remain a role model and standard for all of us. Away from the public, he was a loving and caring husband, father and grandfather. We will miss him.”

Lauda was a legend in F1, winning two championships with Ferrari in 1975 and 1977, and a third in 1982 with McLaren against the rising hot shoe Alain Prost in the McLaren. While his racing accolades are not to be ignored, his most notable moment came as a fiery crash at the Nuremberg Ring in 1976.  The accident left him inhaling toxic fumes and with severe burns on his body.  Even with the trauma, Lauda missed only six weeks, or two races, before resuming for the season.

Despite missing those races, Lauda still showed excellent form in chasing James Hunt for the 1976 title before Lauda retired his Ferrari early into the season finale in Fuji, protesting that the race was too wet to continue and thus relinquishing his title to Hunt. Lauda then came back to win the title in 1977.

Lauda was also an entrepreneur in aviation, where he owned Air Lauda and Niki which was later acquired by Air Berlin. He was also famously a Non-Executive Chairman for the Mercedes AMG Petronas team during the team’s hybrid era dominance, mostly seen alongside Team Principal, Toto Wolff. Lauda was a large voice in the F1 community for years, and his stern, direct, and in his personal style, charming way with words will always be missed in racing and aviation.

What Does Fernando Alonso do About McLaren?

While it may seem difficult to discuss anything else in racing following the loss of such a polarizing figure, we are approaching the biggest racing weekend of the year. This Sunday will host the Monaco Grand Prix (stay tuned to Frontstretch.com and @Frontstretch on Twitter with coverage by yours truly), the Indianapolis 500, and the Coca-Cola 600 in Charlotte. One man who will not be taking part in any of these races for the first time since 2002 is Fernando Alonso. Driving with the Carlin IndyCar team partnered by McLaren, Alonso failed to qualify for the Indy 500 by posting the 34th fastest time for the 33-car field, missing out by 0.019 seconds to the final driver on Bump Day.

This was a shocking development because of Alonso’s ability and driving experience, but not when you consider the team he is driving for. Rewind to 2017 when Alonso skipped the Monaco Grand Prix to drive the Indy 500 for Andretti. Alonso raced well, qualifying fifth and leading much of the race until his Honda engine gave out, similar to his experience with Honda in F1.

This year’s Indy 500 experience was far different. McLaren did not partner with Andretti this go around, largely because of Honda’s partnership with Andretti. Following the tumultuous three-year partnership between Honda and McLaren, the engine supplier supposedly blocked the move to continue the previous partnership in 2019. This was a big miss for Alonso and McLaren, as the Andretti team is famously one of the strongest teams in IndyCar, winning the 2016 and 2017 Indy 500s, among many other prior. It seems that Alonso calling Honda a “GP2 Engine” and McLaren dragging the Honda name through the press reared its ugly head in retaliation against the driver-team combination.

McLaren did not have many options to partner with for this year’s run. McLaren does not have an IndyCar team and this year partnered with the Chevrolet powdered Carlin racing team. An inexperienced racing team with little racing or winning-experience racing, the car was barely put together as it should have been, with Zak Brown, according to reports, getting the steering wheel from Cosworth the week before. Then there were the other obstacles; the car was orange, but not papaya orange; after Alonso crashed in practice and also suffered a puncture, the team missed two days of track time

On top of all of this, the Carlin cars weren’t fast. The team had three cars with Max Chilton and Patricio O’Ward, and all of them missed out on the Indy 500, leaving Alonso watching the International Racing Day from his couch at home, or yacht.

So what is the next move for Alonso? He has already announced that he is leaving the World Endurance Championship at season’s end with the 24 Hours of Le Mans the only race keeping Alonso’s Toyota team from winning the WEC championship. What else is there?

There have been rumors of a return to F1, which are doubtful, and another hinting at a full-time ride in IndyCar, giving him more seat experience to ready himself for another run at completing the racing triple crown. But who would Alonso drive for? McLaren has made it clear that they want to field Alonso’s car in the Indy 500, but is this the right move? The only bit of racing success that Alonso has seen since leaving Ferrari was driving for Toyota in the WEC.

The Alonso-McLaren duo has not garnered the results that Alonso has been expecting. If Alonso is to enter IndyCar full time, he will be the hottest free agent on the market, bringing potential wins and sponsorship with Kimoa. Does Alonso need McLaren? Absolutely not, and this Indy 500 failure could make that clear for the two-time F1 champion.

The F1 duo never rose from the midfield as they had hoped. Alonso was close to winning the Indy 500 in 2017, but then his McLaren/Honda gave out! It is time for Alonso to step out from the McLaren shadow and look for the Indy 500 win elsewhere. Penske is a team that comes to mind. Josef Newgarden is the championship leader in IndyCar at the moment in the Chevy-powered Penske, a team with a rich history and money to field cars.

And who knows, maybe after Alonso dominates IndyCar with Penske, he takes the ultimate challenge on a joins NASCAR and rises the ranks with Penske? That might be a bit of a stretch but it does present the next step for Alonso following a potential winning experience in IndyCar with a strong team. It will be interesting to see what Alonso does in the future.

Niki Ladau was my favorite driver.
Why do they always introduce him as a Non-Excecutive Chairman? I’ve never heard of anyone being called out like that. It sounds derogatory. Also how come Niki never wore any M-B logo on his shirt, only that Novo gamer hat. Is that part of being a Non-Excutive Chairman for M-B?