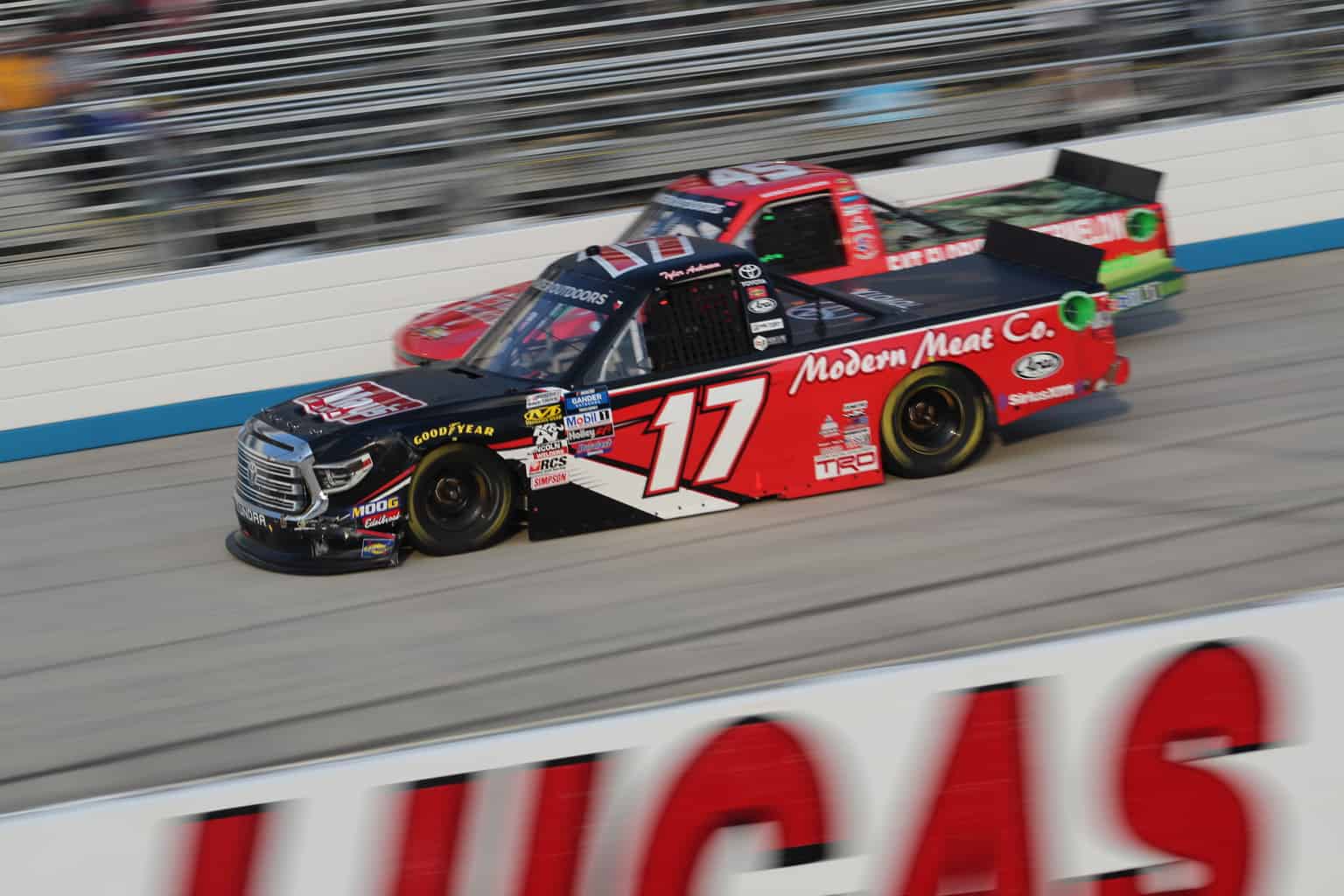 Dover was a solid race but does a low truck count mean trouble in Kansas? (Photo: Zach Catanzareti)

But perhaps his third Friday at Dover International Speedway was his toughest yet.

Finishing ninth in the JEGS 200, Ankrum entered the race battling a week-long flu that made the K&N East champion “whooped” after 200 laps.

“I’ve driven with broken arms, legs, ankles. But never sick,” Ankrum said. “This is worse. When I was racing open-wheel cars, I had to race with a broken arm one time and I just taped my hand to the wheel [laughs] and I just let it fly. That hurt a lot less than what this did today just not being able to breathe and being congested.”

Finishing ninth for DGR-CROSLEY, Ankrum salvaged what he could under the toughest conditions of his young racing career. At one point, he was “dry-heaving” down the track’s straightaways.

“I feel whooped, I’ll be honest,” he said. “I feel really whooped. I just want to go to bed [coughs].

“Last night, I was puking a little bit in the hotel. It’s just a general cold that went around. I was trying to be a tough guy [saying], ‘No, I don’t need medicine.’ Then, it got worse and worse and worse being stupid.”

With his second top 10 of 2019, the part-timer is more than pleased with the truck’s speed, however, knows there are gains to be made from pit road, as multiple issues and penalties set the driver back.

“These DGR guys just keep bringing me fantastic trucks,” he said. “We just had stupid mistakes on pit road. We started 10th, got hung up a bit, fell back not too far, drove back to eighth. I got my way to sixth.

“[The truck falling off the jack] put us back even further. I really thought we either had a top three [truck] or a chance to win. It just didn’t happen today.”

Following the tough afternoon, Ankrum has his week planned out back home.

“We have a short hop to North Carolina, I get to sleep in my cozy bed and probably end up weed-whacking tomorrow since we didn’t win. Thanks, dad,” he said. “We’ll probably enjoy our day on the lake.”

“whopped”? Does this author mean “whooped”?