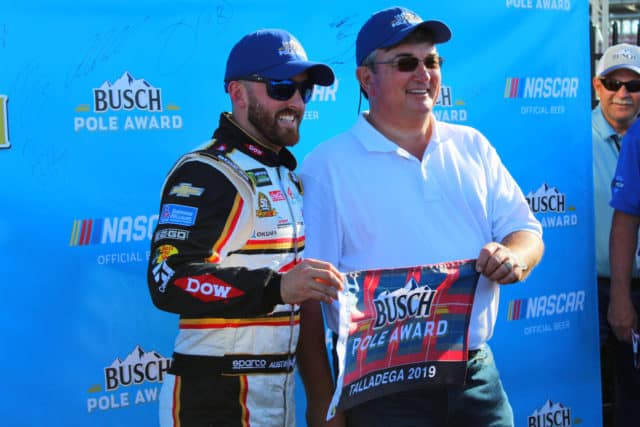 A rear deck lid was confiscated and found it did not meet the criteria set by NASCAR before the Talladega race, leading to the penalty.

Dillon has lost 10 points in the Cup Series point standings as a result, as has Childress in the owners standings.

Additionally, crew chief Danny Stockman has received a $25,000 fine, while car chief Gregory Ebert has been suspended for the upcoming series race at Dover International Speedway, pending an appeal from RCR.

Ryan Blaney‘s No. 12 for Team Penske was also penalized due to a lug nut infraction in the post-race check at Talladega. Crew chief Jeremy Bullins has been fined $10,000.

If the trunk lid was taken before the race, why was Dillon allowed to start from the pole position?

Wasn’t it taken before qualifying? If so, it was never actually used in competition.

Good question. The article states before the race, which would lead you to believe that it was after quals. Could be just misworded though.