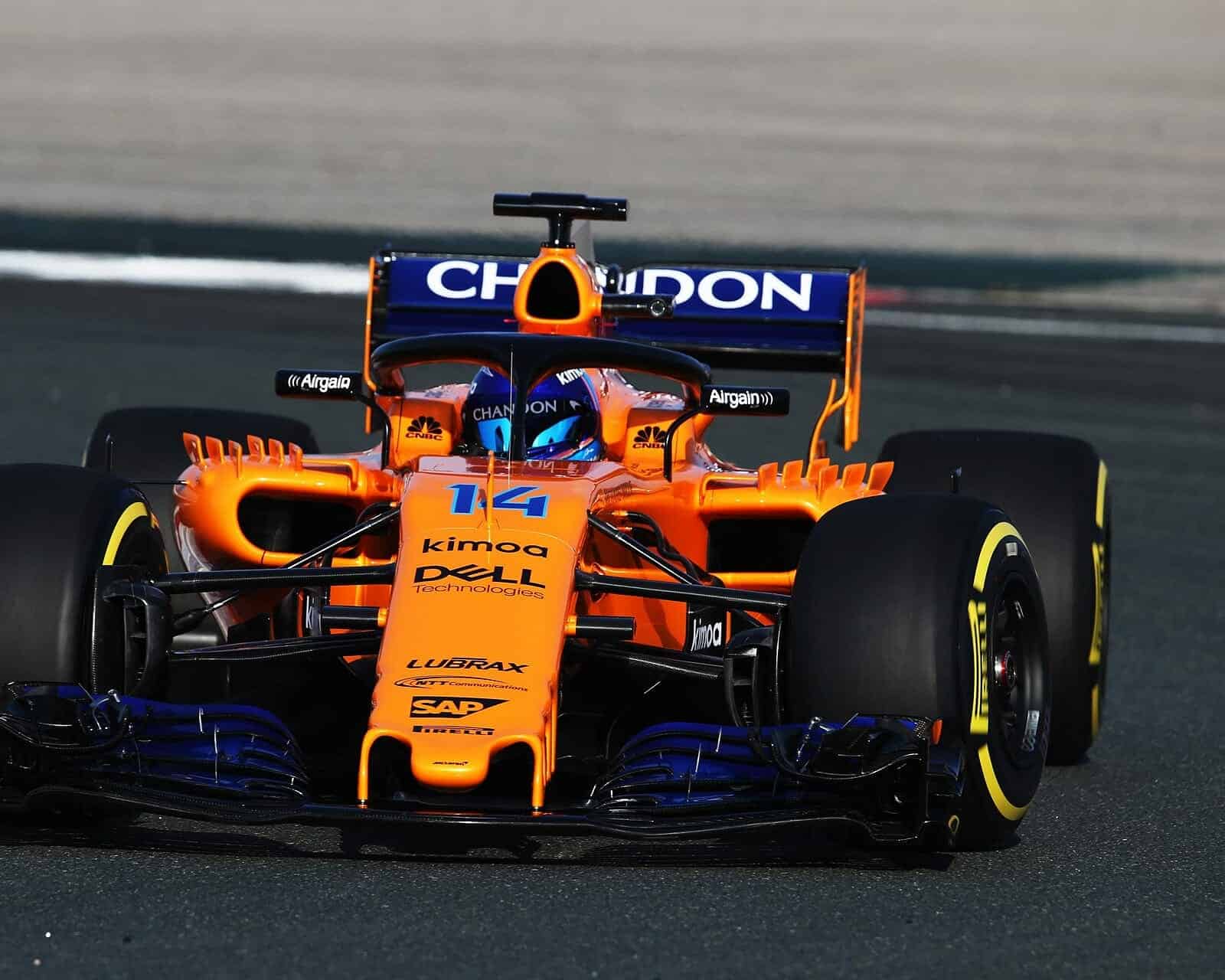 For the past four years, McLaren have been known more for their off-track drama than doing anything of note on the racing surface.  Though they sported a driver who is considered one of the all-time greats in Fernando Alonso, they squandered the twilight of his racing career by supplying him with underpowered cars and unqualified teammates.

The last four years have been a myriad of mistakes and unfulfilled potential.  The big story that held much of the paddock at attention was the re-coupling of the organization with Honda as their engine supplier.  Having been a successful union in the past, ruling the roost from 1988 through 1991, a four-year stretch that looked mighty and then came undone when in 1993 they moved on to Ford.

When Honda rejoined with McLaren, great expectations rode with the announcement, but three years of worse than poor results brought about a change.  In a complicated swap of drivers and teams, Honda moved to Toro Rosso and Renault became the supplier for McLaren.  The first year together failed to produce results that would make anyone feel inspired.

The team has languished on the back half of the grid and has looked like that will be their station, fit to be on the track but not a team to be found in the top ten. They had begun to look like Williams, another once-proud team who has lost their way and seems apt only to be able to exist but not compete.  These teams, together, became a sad sight at the back of the grid, the lost luster brigade, teams with glory years to lean on but little else.

That McLaren continued to lean so heavily on Alonso was also part of their problem.  He may have all the talent in the world but even he can only milk so much from a car.  That the team partnered him with Jenson Button from 2015-2017 also came as a big error.

Button is a fine driver but has never been one to push a car to its limits, instead being a driver who settles in to what the car can give him and using consistent lap times and a smooth style to bring home constant results.  When he doesn’t have ‘the’ car, however, Button was at more of a loss.

The driver that McLaren slid into the vacant Button’s seat seemed to be of the same disposition as the Briton.  Never once did Stoffel Vandoorne out-qualify Alonso during their three years together.  Of course, the fact that Vandoorne was stuffed into the same frustrating ride may never have inspired him to become the driver he should be – something that seems to be taking shape with his switch to Formula E.

At the end of the 2018 season, there was little reason to believe that McLaren would work their way back of the grid and have any kind of notable presence on the track.  The Renault engine they’ve been given is still short of the Ferrari and Mercedes power units, which offers little in the way of competitive hope.

Having waved adios to Alonso and Vandoorne in the offseason, the team welcomed Carlos Sainz Jr, who had come over from Renault when Daniel Ricciardo moved there from Red Bull.  Sainz has mixed reputation for being a talented driver but also losing his focus (or mind, depending the reference) and was thought a solid replacement but somewhat questionable.

To fill the second seat, the team chose their heralded development driver Lando Norris and brought him to the show.  Norris had become a coveted prospect and the main way to keep him under the McLaren management was to give him the ride, but questions surrounded whether he’d be ready.

That the team suffered a fire at their headquarters on February 22, 2019, seemed only to indicate that his year would be another one of lots of press but none of it for doing something special on the track.

Then came the Australian Grand Prix.  In what looked like a complete shock, Norris snuck into the third qualifying session and then eked out eighth.  This kind of performance was something that Alonso could muster only when aided by peculiar weather conditions.

Then the race happened and the team could manage only to get Norris to twelfth while his teammate Sainz had a miserable weekend, starting 18th and finishing last after his Renault power unit failed.

Two weeks later at the Bahrain Grand Prix, McLaren seemed to back up some of their form with a surprising seventh- and tenth-place qualifying results from Sainz and Norris, respectively.  Norris again finished ahead of his teammate, earning sixth while Sainz again endured a failure, this time with the gearbox.

Fast forward to the Chinese Grand Prix and McLaren showed what looked like a return to previous year’s form.  Slow performances in qualifying showed the limits of the car at a track where the team felt they wouldn’t be able to show well.

When wrecking ball Daniil Kvyat bounced off both McLarens in the race, essentially crippling Norris’ car, sending him to the pits, then back out to race around before retiring with three laps to go, and compromising that of Sainz and bringing him home in 14th, the race looked like a total failure.

If anything, McLaren is trending up this season.  Their results aren’t showing quite yet but they look to be the fourth fastest team on the grid.  As they figure out their race-craft and get a hold of a car that looks miles ahead of where they have been the past few years, they will be passing Haas-F1 and their works counterpart Renault.

Everything about Norris looks to be legit.  Sainz looks a little lost so far but is a solid driver to push the car to the limits to find added performance.  So, for a change, it looks like McLaren will finally be making some news on the track, rather than being one of the sport’s best reality shows off of it.

I do like to read the conclusions that are being drawn in this article.. But it’s full of just wrong information..

Vandoorne – Alonso had 2 years together, not 3.
Even though Alonso outshone him in qualifying in the second, winning all 21 quali’s, Vandoorne won 5 qualifying sessions in the first year according to http://grandprixrankings.com/compare/2017-f1/alonso-versus-vandoorne/

McLaren did not partner Jenson Button with Alonso, it was the other way round. Button had been on the team since the 2010 season.

The February 22 fire was on the filming day in the garage, not at MTC (https://racer.com/2019/02/22/three-mclaren-team-members-treated-after-filming-day-fire/)

The Azerbaijan GP is the next race, not the second. The race in which Norris got P6 was Bahrain.

How can you post this? Get your facts straight.

Tom B
Reply to  Some nitpicker

I like FRONTSTRETCH because of Phil, but his contributing young editors are not very good. I think they are just using FRONTSTRETCH to enhance a resume. I doubt if they ever been to a race.

Aloha.
Thanks for pointing out the Azerbaijan error. I had a few windows open and was already thinking of the next race on the schedule when I put it down instead of Bahrain.
The Button – Alonso pairing is right but still a less than bold move at the time.
I’d also say that Vandoorne was in the paddock all three years and was being groomed for the spot but still never really showed anything that threatened Alsonso’s alpha status.
All the points you made aside, and they are excellent, I want to thank you for reading. Mahalo.

While not a fan, its good to see that a team can move up – or down – the rankings. Will it last, we shall have to wait and see, but thats the fun part.

BTW: the second race was in Bahrain. Just saying.