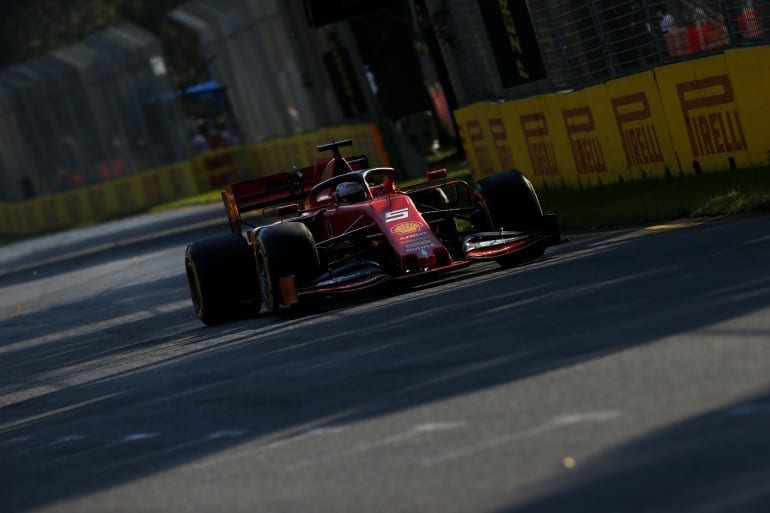 The Formula 1 season enjoyed lights out for the first time in 2019, with the season getting underway in Melbourne, Australia last weekend.  The race may not have featured a sterling amount of drama, or for some people, any at all.  There may be a lot to be gleaned from the race or nothing at all – and truly, predicting anything based from one race is not a usable sample size.  That idea, however, is not enough to sidestep the concept of offering some observations and making some predictions.

The Australian GP may have been the first race of the season but that doesn’t mean it happened in a vacuum.

– Mama, mia, Ferrari!.  Cos’è successo?  For all the hype that Ferrari had enjoyed, their performance in Melbourne came as a way of stealing the hot air, taking the thunder, giving doubt, or in the most basic of ways, bringing about questions.  The team had looked fast in testing.  They appeared to become the alpha they always want to be.  Then the practices started.

It took little time for Mercedes to again assert their dominance, as if they had been somnambulant up until Australia and then finally wiped the sleep from their eyes to show that they were still the top team.  While Mercedes punched at the top of the time sheets, Ferrari ‘floundered’ in comparison.  Sure, top six times are nothing to be scoffed at – if you’re Renault – but for the Prancing Horse this past weekend started off as a debacle.

The season opener would get no better as the cars could claim no higher than fourth and fifth in qualifying and then finished in those two spots.  To make sure that Ferrari brought drama to a disappointing finish, the team ordered their new driver, Charles Leclerc, not to make a move on Sebastian Vettel in the latter part of the race.

If there’s a satisfying reason to tell your drivers not to actually, well, race, when the points payoff was resuming their spot at the top of the sport, but seemed to trip over their own feet in trying to do so.  With Mattia Binotto taking over as team principal, they belief that Ferrari were set to rid themselves of past year’s silliness but it looks like there’s more work to be done.

– Toto Wolff, the team principal at Mercedes, said that Ferrari may have just got the set up wrong for the race in Melbourne.  Sure, that happens – it’s confounding that Ferrari would mess that up, but it happens.  The bigger issue that the Maranello outfit has now is Sebastian Vettel and his fragile psychology.

Anyone who paid attention to F1 last season witnessed Vettel unravel as the season continued until it reached a point when he was completely undone.  The offseason was supposed to be a time to regroup, refocus, and reenergize and for Vettel to match Lewis Hamilton’s fifth championship.  If the first race is any indication, Vettel is following the trend from last season rather than showing strength.

For the team to protect the former champion from his teammate, there must be a stellar reason, but Ferrari have offered nothing that seems believable.

Sure, the Aussie GP is just one race and Ferrari may well be working out all kinds of kinks in their organization, from setups to management’s handling of racecraft, but there’s only 21 races on the schedule and every one of them is showtime.  The season opener should not be the time to show that you need more rehearsals.

– There are two drivers who deserve a mention who won’t be apt to steal headlines.  The first is rookie Lando Norris, who’s taken over at McLaren.  The 19 year old has been highly touted but that doesn’t mean that any kind of important result would come with the team.  The fact that Fernando Alonso, considered to be one of the best drivers on the grid last year, would gain respect for an eighth-place finish at McLaren, the examination of results for the team requires a sliding scale, or bell curve, or something that involves math and understanding excellent driving in an unspectacular car.

Hence, Norris deserves a bit of mention for snagging 12th in his debut with McLaren.  Twlefth.  Whatever.  But really, that’s pretty good and certainly a result the team can use to grow.  In addition, it sets up realistic expectations.

Norris won’t be expected to go out and earn sixth-place finishes as much as the team will hope for top 10s.  The result also gives the team a solid base platform to develop the ride to his liking.  Now, whether or not McLaren can come through on their end of the deal is a bigger question as they have been floundering for a number of years.

The other driver to be recognized is reclamation project Daniil Kvyat, who is back with Red Bull Toro Rosso.  The Russian driver has bounced from Toro Rosso to Red Bull back to Toro Rosso out of the sport, hanging around, and now back to Toro Rosso.  And yet he’s only 24 years old.  Not many drivers can mention a career like that and currently have a job.

More importantly, it looks like re-hiring Kvyat may be a solid move as he surprised with a tenth-place finish at the Aussie GP.  In many ways, nothing is expected from him, both because the car is decent but not fantastic, but also because anything he does this season is gravy.  Red Bull has already invested the money in him, so having him in the car is one last chance to see if there’s a return on the investment.  From just one race, there’s reason to believe that eschewing other drivers was the right move in giving Kvyat his fourth, fifth, seventh, or whatever chance it is.

I suspect that the powers that be already see LeClerc as a replacement sooner rather than later with Ferrari. And the interesting part of F1 is as much the things behind the scenes. Younger drivers showing their worth, Robert Kubica returning when most thought he would never drive again. They dont call it the piranha club for nothing.

One storyline that intrigued me was Gasly’s 11th place run…..that will not cut it at Red Bull.

no it will not. Thought he started off well last year, then faded. Was actually surprised that he got the ride with RB. But one race doesn’t make a career.