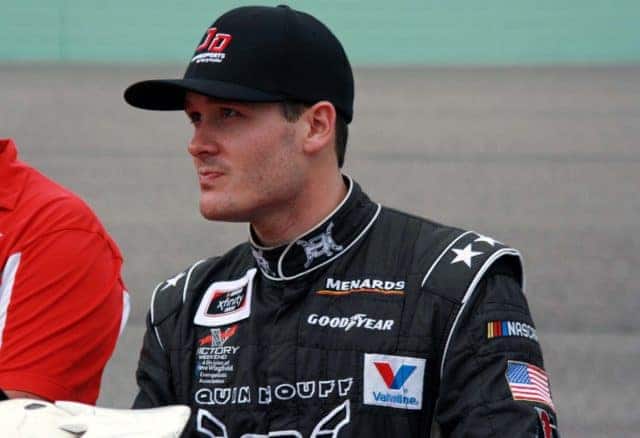 Spire Motorsports has found one of its drivers for 2019.

Houff is the first driver to be announced for multiple races for the newly formed organization; previously, it was revealed that Jamie McMurray will drive for Spire in the season-opening Daytona 500 in a partnership with Chip Ganassi Racing, using No. 40 rather than No. 77.

Spire purchased the charter from Furniture Row Racing in the offseason, meaning Houff — and anyone else who drives for the team in 2019 — will be locked into the field.

Additional races for Houff have not yet been announced.

Yeah, he’s just a young driver who races not a lot due to $$$ as funded by family/local businesses but he does show some promising results like three times in the Top 15 at XFINITY Series level as high as 12th in Iowa (July 2017) despite racing for an underfunded team like JD Motorsports and the defunct Precision Performance Motorsports two years back.

It won’t be easy as far as the results are concerned since Spire is a start up Cup team.

But he has got talent without a lot of money so that’s why Spire hired Quin Houff to race half a season at the top level to see how much hard work he can put in on the race track.