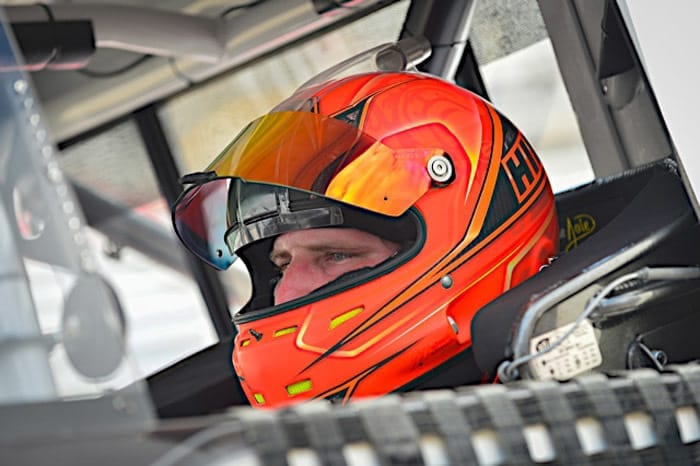 The defending championship-winning team in the NASCAR Gander Outdoors Truck Series has its driver for 2019.

Austin Hill will compete for Hattori Racing Enterprises in the organization’s No. 16 for the 2019 season, the team announced Tuesday, Jan. 8.

Hill replaces Brett Moffitt, who won the 2018 series championship with HRE but has been pulled from the seat due to a lack of funding.

The 24-year-old Hill competed full-time in the Truck Series in 2018 for Young’s Motorsports, snagging a top five and six top 10s in the No. 02 en route to an 11th-place finish in the points.

United Rentals, which sponsored Hill at Young’s Motorsports, will move with him to HRE for 2019.

“I’m thrilled to join HRE this season,” Hill said in a team release. “Shige [Hattori, owner] has built a great team and what they accomplished last season has me extremely optimistic heading to Daytona [International Speedway]. I’ve had the pleasure to work with great teams in the past, including my family’s team in the K&N Series, but this is an opportunity of a lifetime at HRE. Scott and the team proved what they’re capable of last season, and I can’t wait to get to work and see what we can accomplish this season.”

A replacement for Hill at Young’s Motorsports has not yet been announced; yesterday, the team revealed that Spencer Boyd will pilot its No. 21 for 2019. Moffitt, meanwhile, has yet to announce his plans for 2019.

So the team shuts down with the champion due to lack of funding and restarts with someone else with funding. I wonder what the difference in funding needed turned out to be.