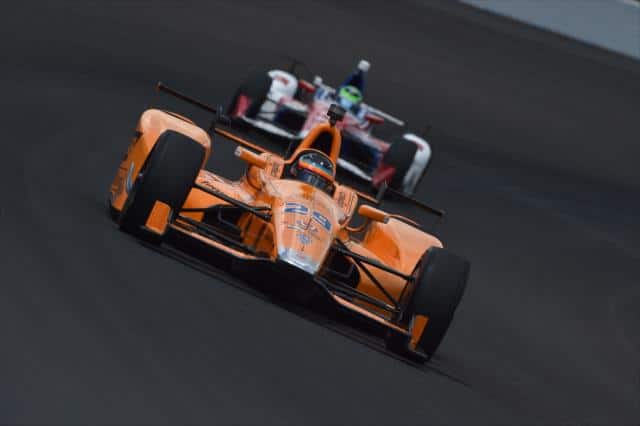 Williams – 10th in the Constructors Standings

What more can be said about Williams in the 2018 season other than that it was very, very bad?

2018 will go down as one of the worst seasons for the team in its 41 years and by far its worst season in the hybrid era. It is a dark period for the British team, like the ones in 2011, when it was powered by an outdated Cosworth engine, and 2013, the last year of its partnership with Renault,  only mustering up five points in both seasons.

Williams was able to put seven on the board in 2018, four of them scored in Baku by Lance Stroll and the other three at Monza when Stroll and Sergey Sirotkin were upgraded to ninth and 10th after Haas’ Romain Grosjean was disqualified due to an illegal floor. Other than that, it was by the far the least competitive car on the entire grid.

The major issue was obviously the car; the aerodynamic setup was by far one of the worst the team has ever run. Despite being powered by an almighty Mercedes engine, the technical team led by former Mercedes technical director Patty Lowe fielded a car that reached Q3 only twice the entire season and started 17th or worse in 16 of the 21 races. Major upgrades like the ones it brought to Silverstone went completely wrong, and it took a team that had a podium finish in every season in the hybrid era before 2018 to a consistent back-marker.

Williams has seen a rapid decline in points since its resurgence in the hybrid era. In 2014, the team finished third with 320 points. The next year, Williams stayed third but with 257 points, including a race in which Williams ran first and second throughout the beginning of the British Grand Prix. In 2016, Williams dropped to fifth 138 points. What seemed to be a big drop in 2017 that saw Williams only score 83 points while finishing fifth only proved to be the cliff edge, when the team couldn’t even score double-digit points in 2018.

At Baku and Monza, Stroll made it into Q3 in both races, finished eighth in Baku, and the team scored its only double-point finish on the season in Monza. These are literally the only good things seen from Williams in 2018 besides the fact that this season wasn’t its worst season in the team’s history.

Everything else, from poor performance on the track to losing title sponsor Martini for after the 2018 season to internal problems with the team’s work environment all makes 2018 a season to forget for a team with such storied history and tradition. Tradition may even be the team’s downfall, as the steep drop-off has come under the leadership of Claire Williams, daughter of legendary Sir Frank Williams, who helped bring the team to glory in the 1990s.

The 2013 season where it only scored five points was Claire’s first season at the helm of the team, and the promise of 2014 and 2015 was quickly flushed down the drain.

While Claire’s role is mainly around marketing and communications, the culture in the team is not where it needs to be, and change should be something it should consider.

Williams goes back to the drawing board for 2019, fixing the aggressive and off-the-mark cooling calculations that ruined the aerodynamic package, aka the odd side-pod design designed toward helping the engine keep from overheating.

Also, Williams will introduce a new driver lineup. Young Mercedes hot shoe and Formula 2 competitor George Russell will make his F1 debut for Williams. The move most likely to appease Mercedes, which supplies its engine and will most likely pay for his seat, a strategy to garner funds that Williams has adopted in recent years.

Alongside Russell is the return of the only Polish driver to win a pole and a race, Robert Kubica. After a scary crash during the F1 offseason in 2011, Kubica has been on the road to recovery from injuries suffered for about six years. Kubica served as the team’s reserve driver in 2018 and will make his much-anticipated, fan-demanded return to the sport. Australia 2019 will be Kubica’s first race in an F1 car since 2010, when he drove for Renault.

With 2018 being such a disaster of a year for Williams, 2019 will be all about picking up the pieces and trying to return to its form as a solid mid-field team if it has any dreams of one day returning to the top of the podium. It will have its work cut out for it, but a mix of young talent and experience behind the wheel can be seen as a solid start.

McLaren – 6th in the Constructors Standings

It was quite the rollercoaster year for the other British team on the grid, McLaren. It came into the season with much optimism and hype with its change of engine supplier from its darkest days with Honda to Renault. Renault was not leading the pack by any means in engine power, but Honda was a laughing stock through the three years of its partnership with McLaren.

There was much talk about how good of a chassis and aero package McLaren had, so the preseason goal was to fight with Red Bull for third on the F1 pecking order. The season started strong, and many felt that with good upgrades, the team could easily be the best of the rest, if not fighting Red Bull.

However, as the season went on, the team saw a massive decline, and many members of the team had no answer as to why the organization lost so much pace through the early summer and after the break. Eric Boullier stepped down as racing director, there were internal scuffles between the team and leadership members, and it had a superstar driver in Fernando Alonso stepping away from F1 at season’s end.

2018 was a season that could’ve been a big step in the right direction but ended up being a very trying season for the group.

Alonso was clearly the team’s star, as he scored 54 of the team’s 62 total points. It was hard not to predict such a fate, as teammate Stoffel Vandoorne did not show any signs of brilliance in 2017. However, the duo started out strong within three of the first five races, with Alonso scoring points in all five of them.

But then Alonso failed to finish three straight races, and Vandoorne was not too competitive in his efforts. McLaren would not see double point finishes for the rest of the season.

Alonso’s final points finish came in Singapore, with a seventh-place result, and Vandoorne’s eighth-place finish in Mexico broke a streak of 14 races without points for the Belgium driver while also ending the season by only getting out of the Q1 four times in the final 13 races.

The pace had disappeared, and the team ended 2018 wondering what happened.

The preseason chatter, optimism about the revamped power supply with Renault and confidence in the rest of the car had some fans almost expecting a podium finish for McLaren. Alonso seemed reinvigorated, and the season couldn’t start soon enough for McLaren fans. The start of the season seemed to only gas up the supporters even more. Double points in Australia, Bahrain, and Baku gave McLaren much optimism heading back to Europe for the second quarter of the season.

The summer brought a bit of heat and turmoil to the team. The car was not only losing pace, but Vandoorne also brought up the rear as far as lap times were concerned after the summer break, and Alonso was not much faster. Reliability was also a major issue. McLaren had 11 retirements on the season, one less than Toro Rosso, who had the most in 2018.

Behind closed doors, a mutiny, as some would call it, brewed internally. The leadership of the team had no answers as to why the team was losing pace, and the ones who followed lost faith in their vision for the team. Boullier was basically run out of town, and many members of the team called for former CEO and team principal of McLaren Martin Whitmarsh to return and steer the team in the right direction. It is hard to field a car that can compete for podiums or consistent points when the members of the team do not trust the decision.

As McLaren look to settle the internet turmoil that plagued it throughout the middle of the 2018 season, it looks to learn about shortcomings with the car from 2018. McLaren also welcomes a completely new driver lineup. Carlos Sainz finally steps out from beneath Red Bull’s shadow and fills the seat of his Spanish hero, Alonso, in his first true attempt of being the lead, most experienced driver of a team.

Sainz showed much promise with Toro Rosso, only to be outshone by Max Verstappen. He was then an afterthought at Renault besides Nico Hulkenberg, so 2019 is a chance for Sainz to make a name for himself in Formula 1.

Lining up next to Sainz will be 19-year old Lando Norris. Norris will be the third rookie that McLaren has given a shot to in Formula 1, and he hopes to emulate his fellow countryman Lewis Hamilton more so than Vandoorne. It’ll be a racing miracle for Norris to even sniff a fraction of what Hamilton did in his rookie year, but he is a very new face, and many will look forward to seeing what he can do behind the wheel of a Formula 1 car.

The talk that McLaren contend for podiums was BS from the beginning. Talk that they had the best chassis out there, held back by the Honda engine was the same. The onlyway they had achieved the corner speeds they had was by loading up the downforce, which killed the straightaway speed. Honda was more than somewhat vindicated by the Torro Rosso teams results.

Regardless you have two teams who have fallen far from the front of the pack and will have difficulty closing the gap. The next couple of years should be entertaining.