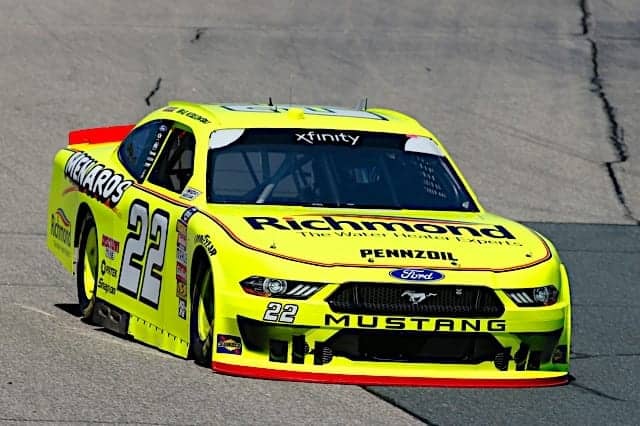 Prior to qualifying for Saturday’s Lakes Region 200 at New Hampshire Motor Speedway, Brad Keselowski was the odds-on favorite for the victory. The No. 22 car didn’t disappoint in qualifying.

Keselowski turned a lap of 130.296 mph, four-hundredths of a second ahead of second quickest Christopher Bell (130.126 mph). It’s Keselowski’s second pole of the season in three starts, and dating back to Richmond Raceway last September, the Michigan native is undefeated in three races.

“It’s good, but with the way the race plays out with the PH1, starting up front isn’t as big of a deal as the lanes move back and forth,” Keselowski said… “Hopefully we’ll be able to do that, and it’s a good start to our day.”

XFINITY Series regulars filled the rest of the top 10, as Daniel Hemric, Justin Allgaier, Brandon Jones, Tyler Reddick and Elliott Sadler all made the final round of qualifying.

The green flag is scheduled to wave shortly after 4 p.m. ET this afternoon. Kyle Busch is the defending winner.

So, where is the hatred for Brad? If it were Kyle Busch, you would say he was “stealing candy from babies.” But for Brad to drive in NXS with a dominant car, that’s somehow OK.