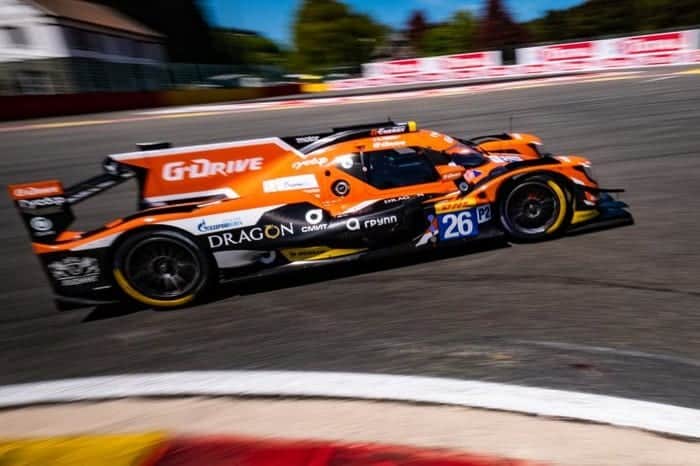 Monday was a very busy day for the ACO in France.  It announced a series of penalties that have caused sweeping changes to the results of last weekend’s 24 Hours of Le Mans.

The biggest announcement was the disqualification of both of the TDS Racing-entered ORECA 07-Gibsons in the LMP2 class.  This includes the class-winning G-Drive Racing No. 26 of Andrea Pizzitola, Roman Rusinov and Jean-Eric Vergne and the No. 28 of Loïc Duval, François Perrodo and Matthieu Vaxivière.

According to the official release, TDS Racing had a part in the fuel restrictor that was out of compliance.  That led to both TDS-run cars having much faster pit stops during the race.

Sound familiar?  On paper, this is relatively similar to what happened to Montaplast by Land-Motorsport during the Rolex 24 at Daytona back in January.  IMSA officials chose not to disqualify the team but instead gave them a stop and five-minute hold in the 10th hour of the race.

As a result of the disqualifications, the No. 36 Signatech Alpine Matmut Alpine A470-Gibson of Nicolas Lapierre, André Negrão and Pierre Thiriet has inherited the class victory.  GRAFF-SO24’s Vincent Capillaire, Jonathan Hirschi and Tristan Gommendy would be second, followed by United Autosports’ No. 32 Ligier JS P217-Gibson for Hugo de Sadeleer, Juan Pablo Montoya and William Owen.  Jackie Chan DC Racing’s No. 37 for Jazeman Jaafar, Nabil Jeffri and Weiron Tan is now fourth, while DragonSpeed’s No. 31 for Nathanaël Berthon, Roberto Gonzalez and Pastor Maldonado are fifth.

TDS Racing has indicated that it intends to appeal the ruling.  Under the FIA World Endurance Championship Sporting Regulations, the team has four days to officially file the appeal.

In addition to the disqualifications, a number of penalties related to drive time were handed down.  All drivers are required to run a minimum of six hours during the 24-hour race.

The biggest of these penalties were handed down to Ford Chip Ganassi Racing WEC’s No. 67 Ford GT.  Tony Kanaan came up 44 minutes short of the minimum.  As a result, the team was penalized 44 minutes.  That equates out officially to 11 laps and another 83.499 seconds.  That dropped the No. 67 from fourth to 12th in GTE-Pro.

The No. 69 Ford Chip Ganassi Racing IMSA entry and the No. 5 CEFM TRSM Racing Ginetta also received penalties for Scott Dixon and Leo Roussel failing to meet the minimums.  These penalties were nowhere near as strict.

If TDS Racing were to win their appeal, the No. 28 would still have to deal with one lap plus 78-second penalty due to Perrodo exceeding four hours of drive time in a six-hour period.  However, that penalty didn’t cost the team a position.

certainly agree with you. illegal in nascar you get a win. about the dumbest anyone has ever heard of. also think penalties should be drive thru on next green flag lap not end of longest line. lets really make it a penalty

Enforcing the rules what a concept. And perhaps they didn’t know who Ford and Ganassi were when they levied the penalty on them for not having Tony K. drive his required time. (Sarcasm alert for that) Kinda makes you think that the Europeans have it right and Nascar doesn’t.