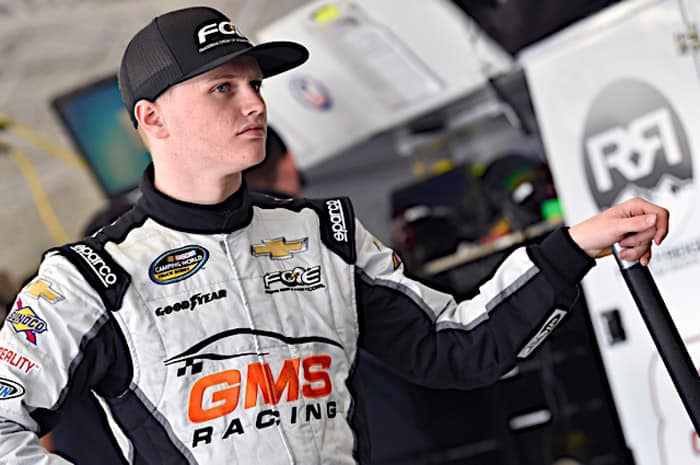 GMS Racing announced on Monday (June 11) that Justin Haley will make his NASCAR XFINITY Series debut this weekend at the Iowa Speedway, driving the No. 23 car.

He will carry the sponsor Fraternal Order of Eagles, which sponsors him full-time in the Camping World Truck Series for the team.

Haley, 19, currently sits eighth in the Truck Series points standings through eight races. In his 35 career starts, he has a total of six top-five finishes and 18 top 10s, with a best finish of second at Daytona earlier this season. He also has a K&N Pro East Series championship on his resumé, from when he won the title in 2016.

“This is an opportunity of a lifetime to be in top-notch XFINITY Series equipment,” Haley said in a press release. “I can’t say enough about how much the Gallagher family has helped my career over the past few years in the Truck Series. I’m excited to get to Iowa and run a double-header with The Fraternal Order of Eagles (FOE) onboard.”

The team also announced that Haley will drive a GMS car in the upcoming races at Daytona International Speedway and Watkins Glen International.

He joins Johnny Sauter, Chase Elliott and Alex Bowman as drivers who have subbed for Spencer Gallagher, who remains indefinitely suspended by NASCAR after failing a drug test last month.