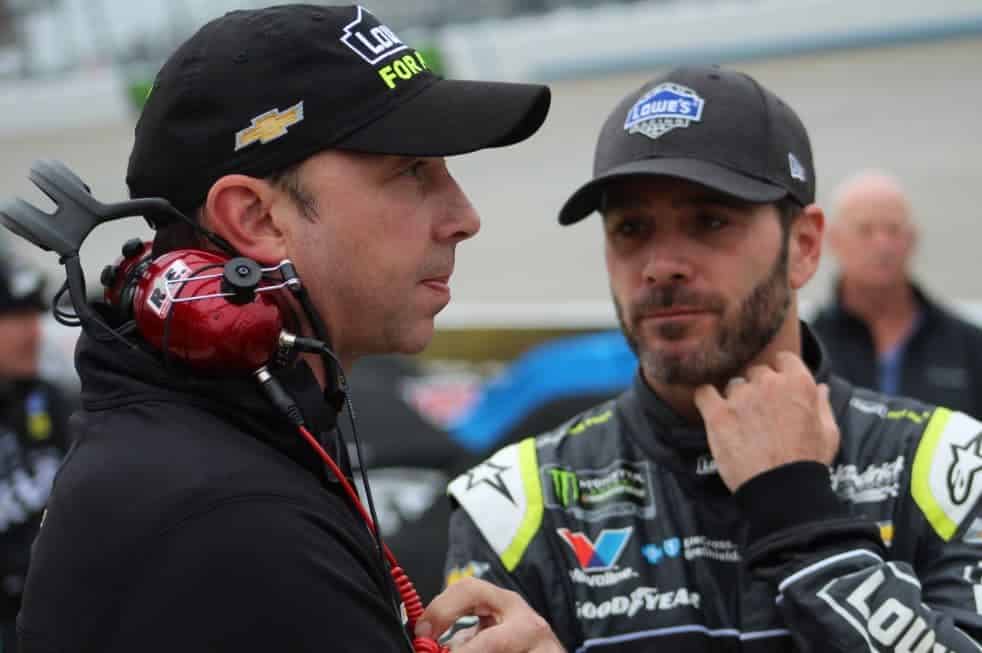 No pithy babbling to get the column going this week.  Just meat and potatoes. Or kale and tofu. Enjoy.

Happiness Is…Half.  The Cup race last weekend at Pocono Raceway signaled the second half of the ‘regular’ season has begun, and with it the top of the pecking order has become rather firm.  Kevin Harvick and Kyle Busch are certainly the alpha dogs to beat at this juncture with plucky Martin Truex Jr. yapping at their heels. Then there’s that pesky Kyle Larson, who is keeping pace with the aforementioned trio everywhere except in the win total.

What has become rather intriguing is how wide open the rest of the spots of the ‘playoff’ crew are.  Aside from Austin Dillon, Clint Bowyer, and Joey Logano, who have all locked themselves into the postseason through their respective wins, the second half of the field is comprised of no one that seems stout or speedy.  And this is where the playoff concept gets a little goofy.

It’s hard to say that drivers like Brad Keselowski, Kurt Busch, or Jimmie Johnson are setting the world alight, but they’re all solidly in the playoff game.  Knowing that they are in good shape actually gives them a bit of a reprieve. Sure, running up front and collecting stage and race wins would be outstanding, but in some ways, they don’t have to.  They all can continue to putter around in the back half of the top 10 each week and be fine.

Such a situation allows them to tinker with their cars in more meaningful ways.  The fact that the No. 48 team seems to be waking from their slumber just shows that they have been patiently putting things together, and it won’t be long until crew chief Chad Knaus starts pulling out the golden horseshoe from wherever he’s been hiding it.

It’s drivers like Erik Jones and Ricky Stenhouse Jr.,who have to play things a bit safer, toeing the line between being aggressive and maintaining what has gotten them to the playoff position in the first place.  So while the playoffs have, and continue to endure, their fair share of abuse, perhaps there’s an interesting element to watch, and that is the art of the long game and how some teams manage it.

Happiness Is…TT.  It’s that time of year again.  Noting that Frontstretch is a site focused on cars that rip around at ridiculous speeds, this column will once again take a moment to celebrate and acknowledge the motorcycle riders competing at the Isle of Man Time Trials.  You don’t have to be a rider or fan to give the lunatics racing around the 28-mile course on the island their due.

The fact that these drivers and their sidecar passengers reach speeds of near 200 MPH says something, but the fact that they do it with no SAFER barriers, no tire barriers, and little in the way of runoffs.  Throw in the fact that if someone does wreck that they are likely to hit a stone wall, a house, or a tree, and the IoMTT is an anomaly. Riders know what they’re getting into before going and they still do it.

As someone who rides a bike on a daily occurrence, there is a forced a recognition that every time I pull away that I’m putting myself in potential harm.  The speed doesn’t always matter, but sure, watching the pavement scream by does offer a different view on travel, and one that becomes common over time. That just illustrates how inured the riders of the TT are.

It is, then, no surprise that two riders have already died during this year’s event.  Dan Kneen and Adam Lyon have passed during the last week. Sad as it may be to note, these deaths are frequent.  In 2017, three riders died; 2016, four; 2015, three; and the list continues in similar fashion. The speed and handling of the bikes and the desire to win,  has meant that the limits continue to be pushed – and yet the casualties are just seen as part of the event.

This is not a call to change anything, everyone knows what they might be getting into.  Instead, this is a recognition that these riders exist is a world that is far beyond what we commonly see in motorsport.  No car body, no harnesses, no HANS. These riders are a throwback, for better and sometimes worse, but worthy of a raised glass.

Happiness Is…Canada.  Maple Syrup.  Hockey. Being pleasant.  All things that seem to define Canada in a stupid stereotypical way.  Let’s set aside the asininity and recognize that Formula 1 will be venturing to Montreal this weekend for the Canadian Grand Prix.  The race is a complete contrast to the last time the cars took the track at Monaco, as the long back straight favors the cars with the best top-end speed over being able to navigate tight turns.  That’s the easy score for the event.

While Lewis Hamilton has won the race six times and must be considered the favorite heading into the event, the weather in Montreal can change things rather quickly, and perhaps a little bit of mess would favor a good race so as not to see Mercedes and Ferrari blast off to large leads and make the rest of the field look like they should be competing in Formula 2.

There is hidden drama behind this race, however, and specifically with Team Red Bull.  The organization is getting ever closer to making a determination as to whether or not to stick with Renault or to move to Honda as their power unit supplier.  Yet, that is not their only decision to make as rumors swirl around the future of their driver Daniel Ricciardo. There is a strong potential for Mercedes to jettison Valtteri Bottas and bring Ricciardo to the fold and that is something Red Bull must deal with while also figuring out if Max Verstappen is really the future champion they hope him to be.

So yes, there’s a lot to take in this weekend.  Though these things will most likely not be worked out in the next few days, the off-track speculation should match on the on-track intrigue.

The TT is indeed a throwback to a different time, and one of the most amazing events of the year. Thank you for giving it a little bit of the recognition that it deserves.

An extra bit of drama for the Canadian race is the fact that evidently the FIA isn’t quite convinced that they understand the Ferrari situation. Remember that 2 former Ferrari employees, who now work for Mercedes, have questioned some of the things the prancing Horse was doing. They investigated at Monaco but weren’t completely satisfied. Does that mean that Ferrari will play it supersafe and gift the wi to Mercedes?

The best thing for HMS would be for Jimmie to miss the playoffs, although he will probably get in on points. He and HMS have performed dismally this year, but even last year was not stellar and it’s time Rick realized he needs a major shake-up in personnel to keep his team relevant. None of the 4 crew chiefs are getting the job done and his engineering department is a joke.

I guess at this rate, HMS will be joining Amy’s beloved Underdog House by the time the playoffs role around.