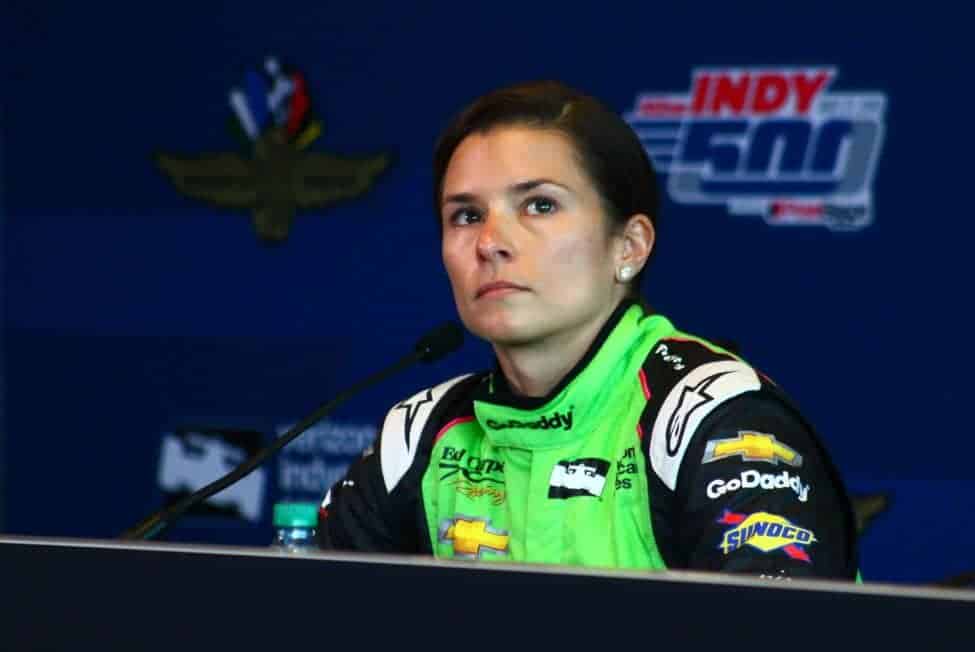 After crashing out of her final NASCAR race in the 2018 Daytona 500, Danica Patrick had one more chance to leave auto racing on a high note.

Patrick, driving for Ed Carpenter Racing, qualified seventh for the 102nd Indianapolis 500, but after 67 laps, she wrecked on the exit of Turn 2.

And thus ends her influential, yet mediocre racing career.

She had a promising start to the day. All the ECR cars started in the top-seven, but Patrick struggled with handling for a majority of her run. The 500 was her first race in an Indy car since 2011, and a lot has changed. Specifically, the new low-downforce bodies made the vehicles more robust to handle, and she lost control without any contact, like many others on Sunday.

When she climbed out of her torn up GoDaddy car, the grandstand crowd gave her one final standing ovation before getting into the safety vehicle, which took her to the infield care center.

“I didn’t really want to (be here),” Patrick said when she sat down for her final press conference as a racecar driver. “Definitely not a great ending, but I kind of said before I came here that I feel like if it’s a complete disaster, ‘complete’ like in not in the ballpark at all, look silly, then people might remember that.

“If I win, people will remember that. But probably anything in between might just be a little part of a big story. So I kind of feel like that’s how it is.”

She’s right. Her race was overshadowed by Will Power’s elusive Indy 500 victory, Hélio Castroneves’ similar accident — and the claim from Team Penske president Tim Cindric that he’ll race the 500 again next year, and the overall struggles that many drivers faced as they attempted to pass cars in the dirty air.

It would have been a great storyline if she finished well, but her 30th-place finish is what it is. When people look back on her career, she’ll be remembered as auto racing’s most significant female driver. She’s finished third at Indy, won Motegi in 2008, led laps in both the Daytona and Indianapolis 500s, and was an inspiration to female racers across the world.

Maybe it’s better off that the “Danica Double” won’t be remembered. She has plenty to be proud of and a fantastic life to live away from the racetrack ahead.

Pretty evenhanded analysis. Certainly she brought people to motorsports and has benefited from that. Now she can make her life whatever she wants it to be. Something that not too many people can do.