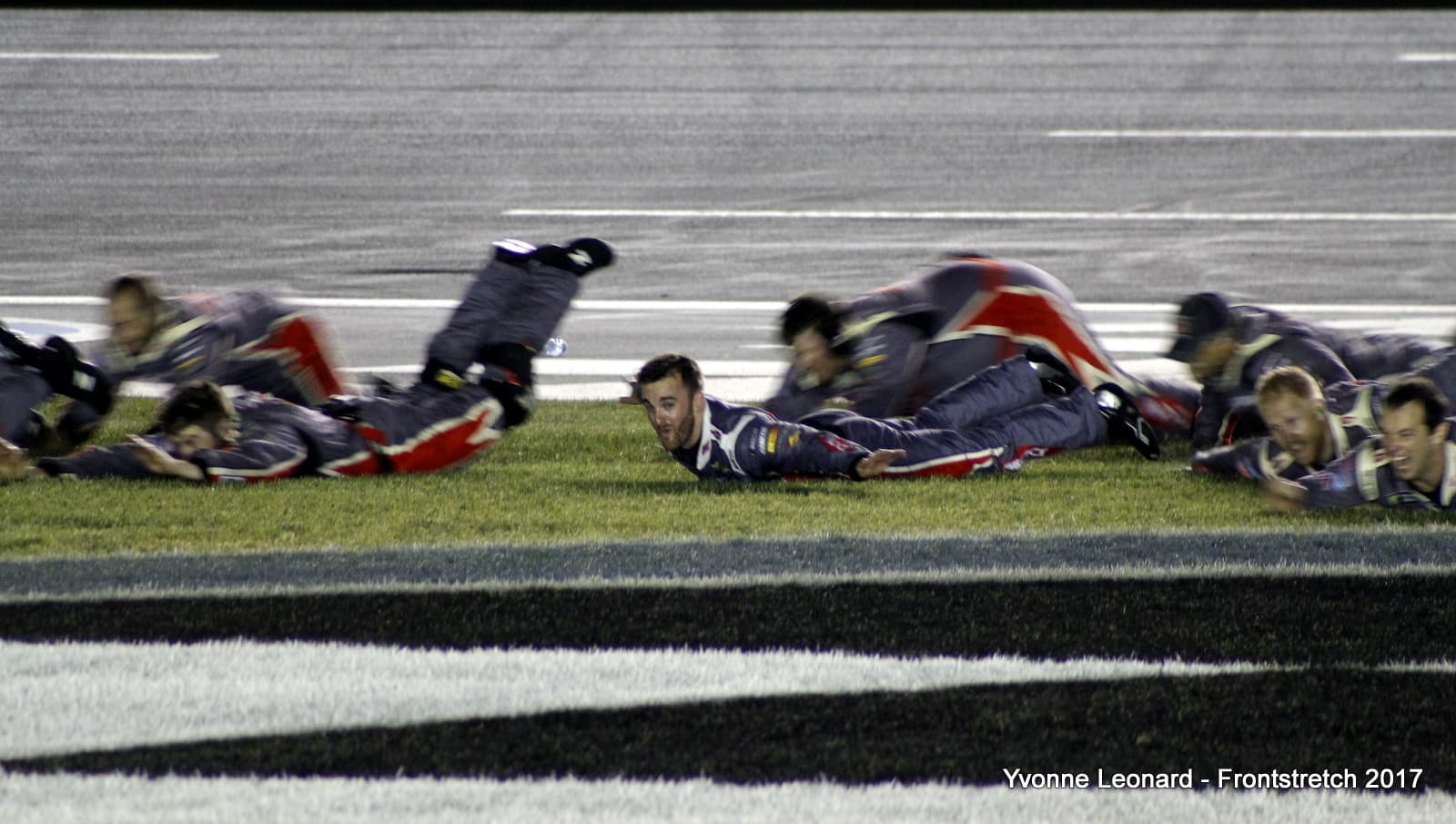 ONE: The Streets of Monaco

Starting off the best day in Motorsports it’s the historic Monaco Grand Prix, a race first run in 1929. Heading into the fifth event on the 21-race 2018 Formula One schedule, 2017 champion McLaren’s own Lewis Hamilton sits atop the points standings having won the two previous races with a 17-point cushion. Four-time champion Sebastian Vettel won the first two races of the year for Ferrari before Red Bull’s amiable Australian Daniel Ricciardo won the third race. If you don’t know much about him here’s his unique winning celebration known more colloquially as a “Shoey” (it’s quite something, it really is).

This race will be the 76th on the 19-turn, 2.074-mile circuit, and thanks to the tight confines of the street course, qualification is more critical than at any track on the circuit. In fact, in 10 of the last 15 years, the driver who started on pole position went on to win the race. Vettel won in 2017 and he’ll be looking for his third win this season (or at least a podium) after two straight fourth-place finishes.

TWO: The Greatest Spectacle in Racing

Sandwiching the day is my second favorite race – the Indy 500. The Daytona 500 comes first but the 500 comes a very close second. This is the 102nd running of the Greatest Spectacle in Racing with 200 laps of the two-and-a-half-mile flat track to determine the 2018 champion. Along with the aforementioned Monaco Grand Prix, the Indy 500 is one of the three races that make up the unofficial Triple Crown of racing – the 24 hours of Le Mans is the third.

The inaugural 1911 race was won by Ray Harroun in the wonderfully named Marmon Wasp, the first open-wheel single-seater racecar. The Spartansburg, Penn. native’s victory took some 6 hours and 42 minutes of hardscrabble racing with an average speed of 74.59 mph. But what made his win particularly special is the first (known) usage of a rear-view mirror enabling Harroun to do away with the riding mechanic accompanying the other 39 racers.

This time last year, Takuma Sato won an emotional victory and in doing so became the first Japanese driver to win the historic event. Watch out this year for Helio Castroneves, who is not racing full time in the series anymore, as he tries to pilot his Team Penske Chevy to what would be a record-equaling fourth victory. It’s a win he’s been chasing since 2009 when he won his third. Enjoy the race, folks, the Indy 500 is special.

Finishing us off on Memorial Day Sunday is NASCAR’s longest race – the grueling Coca-Cola 600. First raced in 1960, as a competitor (of sorts) to the much more illustrious 500-mile Indy 500, the inaugural 600-miler doubled as the maiden race at the newly constructed Charlotte Motor Speedway. But it wasn’t until 14 years later, in 1974, that both races – the 500 and the 600 — were actually run on the same day.

The last driver to attempt double duty and race in both events in the same day was Kurt Busch in 2014. The elder Busch sibling finished in sixth place in the 500, winning Indy 500 Rookie of the Year honor, but finished 40th in the 600 when his engine expired on lap 271 of the scheduled 400.

Over the years, seven drivers have won their first Cup race in the 600 with Hall of Famer David Pearson being the first in 1961 before Jeff Gordon repeated the feat 33 years later in 2004. Bobby Labonte (1995), Matt Kenseth (2000), Casey Mears (2007), David Reutimann (2009) and Austin Dillon (2017) complete the set of other first-time winners. Will there be an eighth name to add to that list this Sunday?

FOUR: Not stellar, but not bad either

In the weeks leading up to the event, I’ll admit I frequently bashed the All-Star Race. But in the end, I have to say I found it really enjoyable especially seeing close quarter racing like that on a usually strung out from the second lap mile-and-a-half circuit. I’ve read the general reaction, looked at thoughts on Twitter, and heard the driver comments about speeds and this package and although this was definitely a really small sample size at which, crucially, no points were being awarded, I definitely think it was a success.

Now I’m not saying that’s this is the answer to cookie cutter track woes, far from it. And if ever there’s a time to experiment, the All-Star race is the one to do it in. But, all that said, there’s definitely a kernel of a concept for NASCAR to work with. Given the serious extraneous factors (crowds, TV numbers etc.) there’s no reason to look into it further. Moving forward, I’ll be a little more careful with my opinions on races that are yet to be run. As a lifelong sports fan, I really should know better.

At this point in the season, it’s worth asking who exactly is going to stop Kevin Harvick this year? With five points-paying victories and (surprise, surprise) another in the All-Star race, Harvick is riding a wave of momentum only a rare handful of wheelmen experience.

“Our car was super-fast,” said Harvick of his race-winning entry. “I could accelerate well. I was not very good on the bottom. I would push and slide. But in a straight line, this thing was a rocket.”

And that, folks, is with an essentially new package. It’s very worrying for the competition, that’s for sure.

I’m looking forward to the Indy 500. This one will not disappoint. To me, it’s the ONLY race of the day. And we don’t even know going in who is going to win! Imagine if NASCAR could pull that off!

Will be up to watch Monaco for sure. After that it depends on what else I have to do after church.