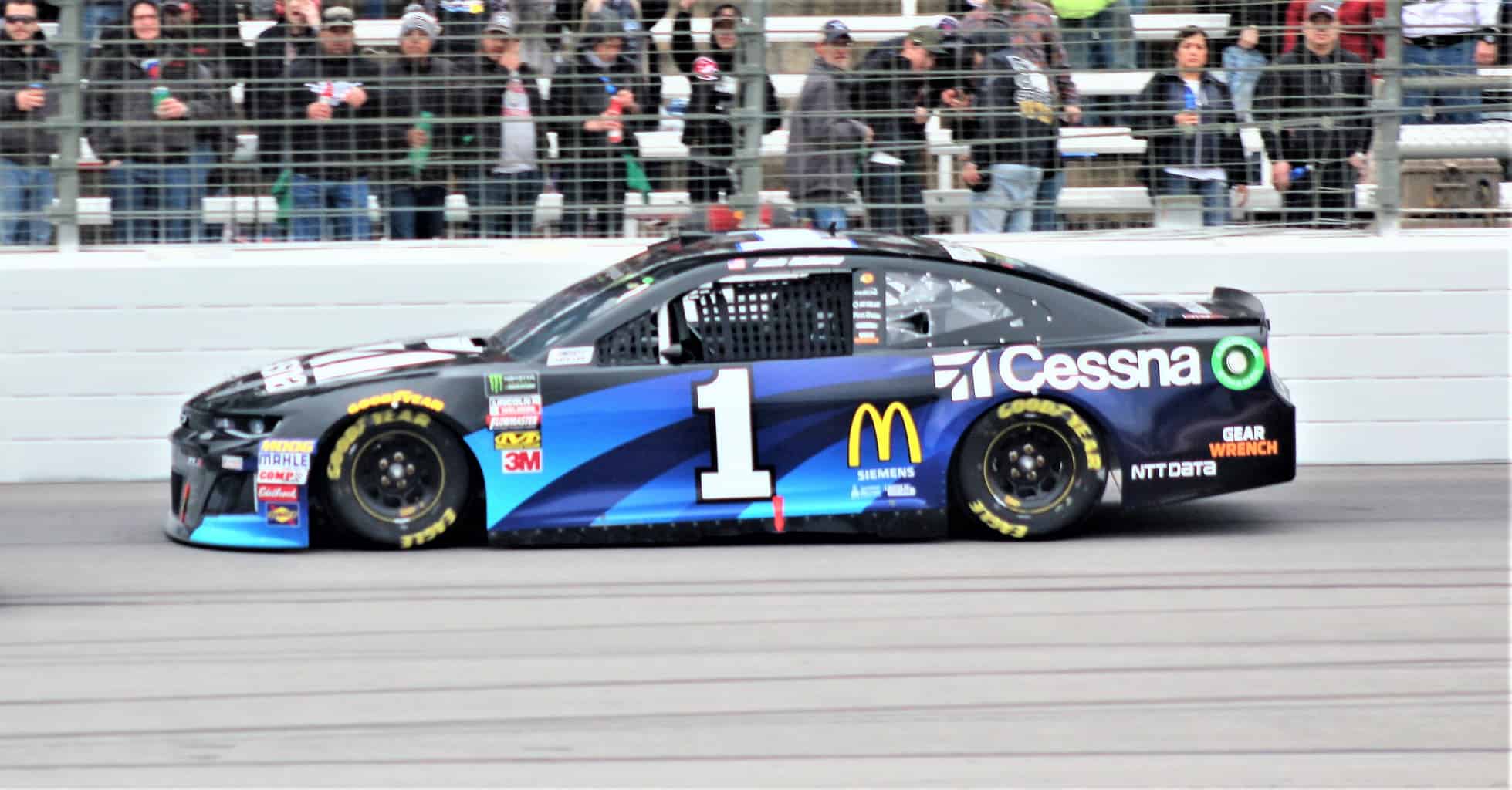 Monster Energy NASCAR Cup Series practice Friday (April 27) at Talladega Superspeedway was not without its fireworks.

With a little less than 30 minutes remaining in final practice at Talladega, Jamie McMurray lost a left rear tire. As his No. 1 began to spin, air went under the car and lifted it up and over the No. 31 of Ryan Newman.

The chaos was far from over for McMurray, as his car made contact with the inside wall upside down. As the car headed toward the wall, it began to flip and went above the retaining wall and into the catch fence with the nose of the car.

The car flipped roughly four-and-a-half times before coming to a rest.

“It goes really slow,” said McMurray after the incident. “When I realized I was going to flip, I actually shut my eyes, because I don’t really want to see what is going to happen. It seemed like forever, and I opened my eyes a couple of times, and I don’t know if I am going up or down or where it’s going to hit next. A couple times, I thought it was going to stop and it kinda just kept going.”

Newman sustained substantial damage during the accident. Behind the big crash, Ty Dillon slowed up to avoid the accident and got freight-trained by Daniel Suarez. All threesustained enough damage to have to go to a backup car.

“My head doesn’t hurt at all, which I am thankful for,” McMurray said. “When you know how you are going to hit, you brace yourself for those hits. When you can’t tell which way you are going, you can’t, and it’s like getting hit but you can’t see it coming. Those hurt the worst, and I’m just glad that it landed the right way so I could get out.”

Well I guess Brian and the networks have some fresh advertising material.

He did a great TV interview post wreck. Insightful and interesting.