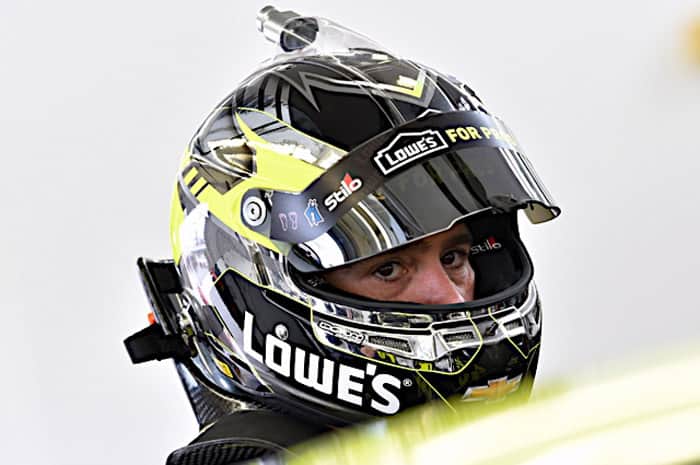 FOX Sports unveiled its list of the top 50 drivers in NASCAR history this week, and to say it drew some attention would be quite the understatement.

Fans and industry insiders alike were aghast at the positioning of several legendary drivers, not to mention the presence of a few they deemed not so legendary. But none were met with as much ire as Dale Earnhardt being listed in fifth place.

The seven-time champion and winner of 76 Monster Energy NASCAR Cup Series races was ranked behind fellow seven-time title-holders Richard Petty and Jimmie Johnson, along with four-time champ Jeff Gordon and the trio of crowns held by David Pearson.

FOX analyst Larry McReynolds and Sirius satellite radio host Danny “Chocolate” Myers, both of whom at one time or another worked with Earnhardt’s No. 3 team, voiced their clear displeasure at the perceived slight.

"How in the world 21 of us put Dale Earnhardt Sr. 5th is absolutely BEYOND ME."- @LarryMac28#HubTop50 pic.twitter.com/xyFn5T5k8T

McReynolds was even more taken aback when current star (and No. 29 on the list) Brad Keselowski revealed he had Earnhardt at eighth on his ballot.

Interestingly enough, FOX did this exact same ranking just two years ago. Unsurprisingly, almost all the drivers were the same, but Earnhardt was third on that list.

If there is any way to gauge just how far off the No. 48 Hendrick Motorsports team of Jimmie Johnson is, it would be its performance at Texas. Johnson is the defending winner of the event and holds the title of all-time wins leader at the track with seven victories. He also has 15 top fives, 21 top 10s and 1,041 laps led, leading all Cup drivers in each of those categories.

However, Johnson only has one top-five finish in the last 10 months. He finished 27th at Texas last fall, the lowest he’d ever been there without being involved in an accident.

To say it’s been a struggle lately for Johnson and company is a gross understatement. The announced departure of longtime sponsor Lowe’s was a huge shock to many, even if it wasn’t all that unexpected to the team itself.

Just going to Texas may not be enough to get this team back on track and out of its well-publicized rut. But it will certainly paint an even clearer picture of just how far the mighty have fallen.

Will Stewart-Haas Racing continue its upswing?

With Kevin Harvick scoring three consecutive wins and Clint Bowyer ending a five-plus-year drought at Martinsville Speedway, Stewart-Haas Racing is off to its best start ever as a team. Don’t overlook the fact that Aric Almirola was less than half a lap from winning the Daytona 500, either. If that had ended differently, it’d own a whopping five of the six trophies thus far in its 10th anniversary season.

I don’t expect any of that to change this weekend. Harvick is, after all, the most recent winner at Texas, having picked up the win last November. Add to that the fact that the team claimed both pole positions last year (Harvick in the spring and Kurt Busch in the fall), and the quartets look like a pretty safe bet to be near the front at race’s end.

Did NASCAR even make any effort to improve the schedule?

The short answer is no.

That said, there isn’t a whole lot for the sanctioning body to do in this situation. The addition or removal of tracks wasn’t going to happen this year. We didn’t see any roval-type adjustments made to current races, but that falls more on the shoulders of the facilities themselves. However, considering this year’s race on the new Charlotte Motor Speedway road course hasn’t even been run yet, I’m not surprised no one made that move. What if the roval experiment ends up flopping? The last thing you’d want to do is ensure yourself of replicating the occurrence.

Besides, there is another matter that seems to have been overlooked in all the schedule talk: We still don’t have the XFINITY or Camping World Truck Series schedules yet. These are the lineups in the greatest need of an overhaul.

It’s entirely possible that both of those series could have their 2019 slate announced with little-to-no changes as well. But for now, let’s stick to hoping that they haven’t been released because there is still work to be done.

They certainly need it.

I just saw Fox’s list of Top 50 drivers and the people who voted for them. Can’t say I’m AGHAST at any of it, although the list was over-populated with current drivers. Jimmie Johnson was deservedly the highest ranking current competitor with Kyle Busch also deserving his placement as the second best current driver. Overall, one may quibble over the placements, but it’s hard to argue with most of those who made the Top 50. As for Earnhardt, Sr., maybe his reputation as a dirty driver is finally starting to catch up with him. When Austin Dillon makes the Top 50, then I’ll be AGHAST!

And I’ll bet any amount of money that Darrel Waltrip voted for himself!