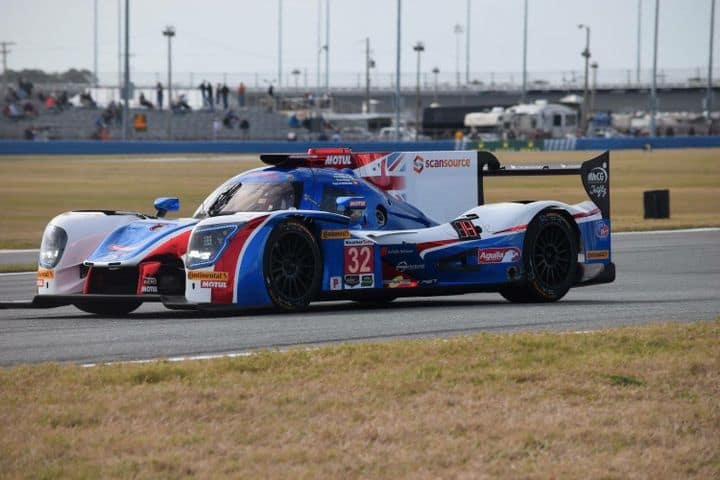 For Saturday’s Mobil 1 12 Hours of Sebring presented by Advance Auto Parts, there are 43 cars entered in the three classes.  There are a number of driver changes of note going into the race weekend.

In the Prototype class, there are 16 entries.  Both of the Jackie Chan DC Racing JOTA ORECA 07-Gibsons, along with United Autosports’ No. 23 Ligier are not entered.  That was expected.  What wasn’t necessarily expected was for BAR1 Motorsports’ Riley Mk. 30-Gibson to not be entered, but as of this writing, they are not entered.  No reasoning has been announced.

United Autosports’ No. 32 Ligier is entered, but there has been a driver change.  The official entry list has Bruno Senna on the team, but he will not be driving.  Instead, Alex Brundle, who normally drives for Jackie Chan DC Racing JOTA, will share the No. 32 with Paul Di Resta and Phil Hanson.  Senna is out for the weekend due to a recent surgery.

For JDC-Miller MotorSports, both Austin Cindric and Devlin DeFrancesco are out of the No. 85 “Banana Boat.”  In their place will be French veteran Nelson Panciatici.  Panciatici has years of experience racing ORECA chassis in the FIA World Endurance Championship’s LMP2 class.  He has one career class victory (Shanghai, 2015) and has spent the last two years driving the Alpine A460 and Alpine A470.  These are rebadged ORECA chassis.  The A470 is the equivalent of the current ORECA 07.

In GT Le Mans, the only real change is that Davide Rigon will not be in Risi Competizione’s No. 62 Ferrari.  The team will race with the three driver lineup of James Calado, Alessandro Pier Guidi and Toni Vilander.

GT Daytona likely has the most changes.  Both of the GRT Grasser Racing Team Lamborghinis are not entered.  That includes the No. 11 that won the class at Daytona.  In addition, Manthey Racing’s Porsche and Risi Competizione’s No. 82 Ferrari are not entered.

CJ Wilson Racing is the only new team on the grid with their Acura NSX GT3.  As previously noted, Till Bechtolsheimer will make his IMSA WeatherTech SportsCar Championship debut alongside Marc Miller and Kuno Wittmer.

Bruno Junqueira, the retired Scott Pruett and Dominik Farnbacher are not entered for 3GT Racing.  Sean Rayhall, who drove for HART at Daytona, will share the No. 15 Lexus with regulars Jack Hawksworth and David Heinemeier Hansson.

Montaplast by Land-Motorsport welcomes a new driver to the fold, Alessio Picariello.  He’ll join Christopher Mies and Sheldon van der Linde in the No. 29 Audi.

Tom Dyer, who sat out Daytona, will share the HART No. 69 with Ryan Eversley and Chad Gilsinger, more or less replacing Rayhall.

Finally, at Turner Motorsport, only Don Yount returns to the No. 96 BMW M6 GT3 from the quintet that drove at Daytona.  Yount will be joined by Markus Palttala, who drove for the team full-time in 2016.  Rounding out the squad will be defending Continental Tire SportsCar Challenge Grand Sport champion Dillon Machavern, who will make his WeatherTech SportsCar Championship debut this weekend.