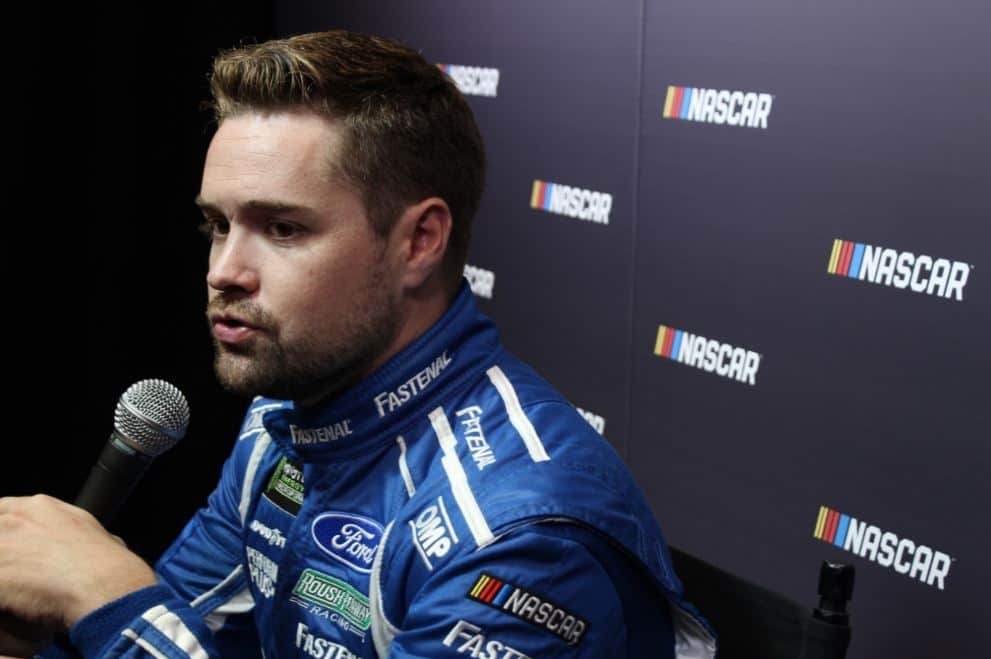 When Ricky Stenhouse Jr. pulled into Victory Lane twice last year at restrictor plate tracks, there was no question that Stenhouse, Ford and Roush Fenway Racing had found their hot spot again.

After scoring what was the first two Monster Energy NASCAR Cup Series victories of his career at Talladega Superspeedway and Daytona International Speedway in 2017, next month’s Daytona 500 will see a more secure, confident No. 17 driver.

“Going into the 500, I’m more confident than I’ve ever been before,” Stenhouse said Tuesday during NASCAR media day. “I’ve always gone into the 500 wanting to get a good points day… I never thought about winning the 500, just I was competing in it. I never felt the confidence.”

Rest assured, confidence will be no issue for the sixth-year RFR man come those four plate races in 2018. However, the confidence dims when the circuit heads to the 1.5-milers, a track type at which Stenhouse and teammate Trevor Bayne struggled in recent years.

Following Stenhouse’s Daytona win, a top 10 did not follow in the next 15 races — nearly half the season — before picking up the pace in the final four races. By that time, he and his team knew they had loads of work come the offseason.

“We were working down a path last season. When we got there, it didn’t produce,” he said. “Whether with downforce or the grip we were looking for, it was about a month or two we fell behind while others continued to gain. But we ended the season closer to where we started the year as far as speed. We worked on those things this offseason to continue that progress, but it’s not going to be overnight.”

Instead of looking outside their reach to cure their intermediate woes, Stenhouse believes they should take a similar people approach to that of their plate program.

“Everyone at Ford, even [crew chief] Tony Gibson at Stewart-Haas, Jimmy Fennig. Plate racing is their bread-and-butter events they enjoy working on to tune their cars. It was obviously a huge boost for us,” he said. “The focus we put on those is what is going to help us improve in our other areas. We saw that putting one person to solely focus on our speedway program could really lift it.”

Remember the days when it just a question of not if but which Roush car would win at the intermediates?

Well he should, he won two plate races his whole career so far, crapshoot at best. Now run on regular tracks and let us see what you got, oh yeah…you don’t. But hey Marty Truex sucked for over a decade with the worst of worst records, then a miracle happened last year and this…(SARCASM). Don’t give up hope Ricky. If Marty can win so can you!!! You must work on your personal sob story..blast it to the media every chance you get, and make your boss write bigger checks!!!!!!!! HOMESTEAD CUP!