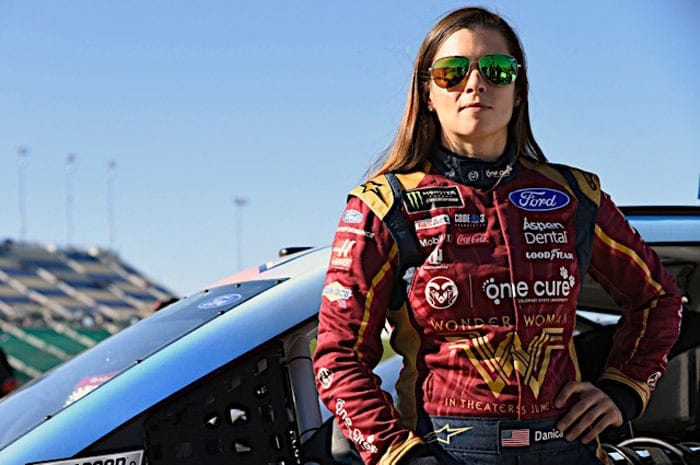 As often happens in all levels of different sports, the team (and in this case the driver) that was the best for the whole season ended up winning the title. Martin Truex, Jr. capped off a truly storybook season on the track with his eighth victory of the season Sunday at Miami-Homestead. He was a deserving champion in every sense, even having to earn it on the final laps by holding off Kyle Busch.

The No. 78 team was hot all year long. Truex led the most laps of any driver this season in the Cup series, but there was all kinds of side stuff going on throughout the year. Mainly, it had to do with the cancer treatments of long-time partner Sherry Pollex, who undoubtedly has had some trying times off the track. But the fact that she could share so many fun moments together with Truex at the track, had to be special. And then you can’t help but think about how far Truex has come in his career. He was the first to lose his ride after the Michael Waltrip Racing cheating scandal at Richmond. But instead of wondering what might have been, Truex started thinking about what might be. And once the Furniture Row Motorsports team forged an alliance with Joe Gibbs Racing, Truex became a legitimate force on the track. You might not be a dedicated Truex fan, but it’s hard to find anyone in racing who doesn’t feel good for him.

Not to throw a little cold water on NASCAR’s feel good day, but had it not been for the drama of the championship four going for the title here, the actual racing itself was the usual so, so, for a 1.5-mile track. That Busch was able to make it interesting at the end was good, but make no mistake, this was not Daytona-like or Bristol-like or Martinsville-like in any way. There’s a number of other places this finale should or could be had. It would have to be in the South due to weather, but weather in Darlington, S.C., was in the 60s Sunday, and there is always the road course at Daytona. Just not one of these 1.5-mile places please.

As expected, there was plenty of pre-race and post-race tributes for Dale Earnhardt, Jr. driving his final NASCAR race as a regular competitor in the Cup series. One of the best things about Junior especially in recent years, has been his ability to enjoy a moment. That was certainly the case after the race on Sunday as he held a little party with his crew on the No. 88 car and spent nearly an hour on pit road. He also didn’t forget to go on stage and give Truex a congratulatory hug. Junior will be a welcome addition to the TV booth next year as his cameos have shown he has the ability to be honest, but also not over the top, in his analysis. It’s too bad he couldn’t get a title, but the fact he’s not letting that determine whether he is a success or failure in life is a credit to his character.

It seemed almost appropriate that Danica Patrick‘s penultimate race in NASCAR ended with her car in flames. Patrick was one of the more popular drivers and she had a great ability to connect with fans. But as is the case with racing, eventually if you don’t have the results the sponsors won’t keep knocking at your door. I always thought it was a mistake that Nature’s Bakery, didn’t name one of its items a “Danica Bar.” I also has always hoped that some way, somehow, Patrick would win a Cup race, especially since some pretty prominent people in the sport said it would never happen. But barring a win at Daytona next year, they will be right. So, it will soon be goodbye to racing for Danica. If she would have had even marginal success on the track (like winning one race a year), she would’ve been a real superstar in the sport.

One Kyle who deserves some credit for what took place in the final laps Sunday was Kyle Larson. It looked like he might have had the fastest car between him, Truex and Kyle Busch. But since he was running third, Larson stayed out of the championship battle, even though he had a chance to win the race. But if he had gone too hard for the win and then messed up the title chances for Truex or Busch, or both … well, that’s not something any driver wants to be known for. Larson has plenty of talent and it will be a surprise if he’s not in the championship four at least a few times in the coming years.

The worst thing about it being the final race of the year is that it is the final race of the year. That means there’s no NASCAR until February at Daytona, and no points race until the Daytona 500 on Feb. 18. It will seem like an eternity. The race will also continued the evolution of NASCAR as there will be more new names taking over the Earnhardts, Kenseths, Stewarts, Gordons, Edwards, Biffles (and yes Patricks), who have or are exiting the sport. This is something that happens in every sport, out with the old and in with new, but maybe it is a little harder to accept in NASCAR as drivers can race well into their 40s. So when change comes, it can seem abrupt.

This is my final writing effort for Frontstretch. Thank you to everyone who reads this column regularly and for making this far down. And thank you to those who commented, whether you agreed or disagreed.

It’s been a fun ride! Time to move on.

Glad to see Martin Truex Jr win the Championship, he certainly deserved it and it is a dream come true for him and his team..What a finish!! And to Danika’s credit, she certainly tried to win and hung tough in many races but frankly just doesnt have the talent to be competitive in the Cup Series. Nascar as usual, is just being political correct and continues to be by bringing Darrel Wallace Jr up to the cup series when he , at this time just wont win any races and will become like many others, an also ran……My advice to Nascar is to, quit changing your rules all the time, yo’re losing alot of fans….And who came up with the term “Playoff’s”?? It’s not a game, it’s a race…how about “RaceOff”?