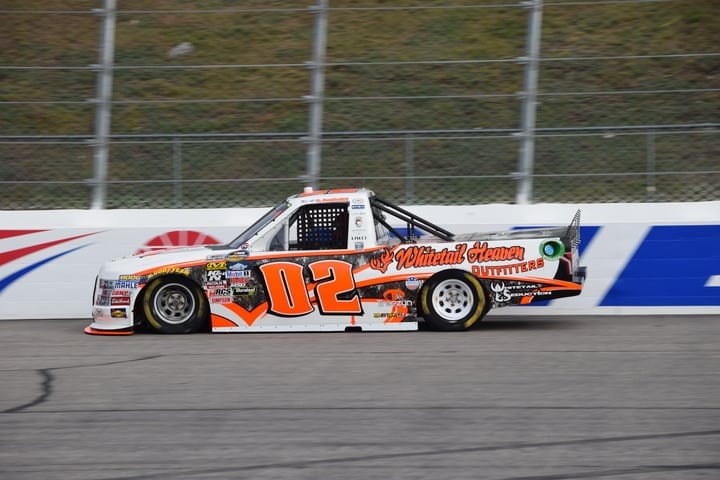 On Friday, Young’s Motorsports announced that Austin Hill will run full-time with the team in the NASCAR Camping World Truck Series in 2018. Hill has became a veteran of the CWTS, competing in a partial season since 2014. Hill will team with veteran crew chief Chad Kendrick. He will pilot the No. 02 Chevrolet Siverado. The team will have a competitive two-truck program next season, with the details of the second truck announced at a later date.

“It’s really a dream come true, to be able to compete full-time in the NASCAR Camping World Truck Series next season, and that wouldn’t be possible without the support of Tyler Young and Young’s Motorsports.” said Hill in the team release.

Hill has 27 starts in the Camping World Truck Series with a best finish of 10th, twice, at Martinsville and Kentucky. One of those 10th-place finish came with Young’s Motorsports earlier this season (Kentucky).

“We have worked hard over the past year to be able to grow Young’s Motorsports and that is starting to come to fruition now,” said Young. “Austin brings a lot to the table with his ability behind the wheel but also a flawless work ethic and the determination and desire to improve with each given race.”

This weekend at Phoenix, Hill will make his Phoenix debut in the NCWTS. He has one start in the K&N Pro Series West back in 2014, where he finished 15th.