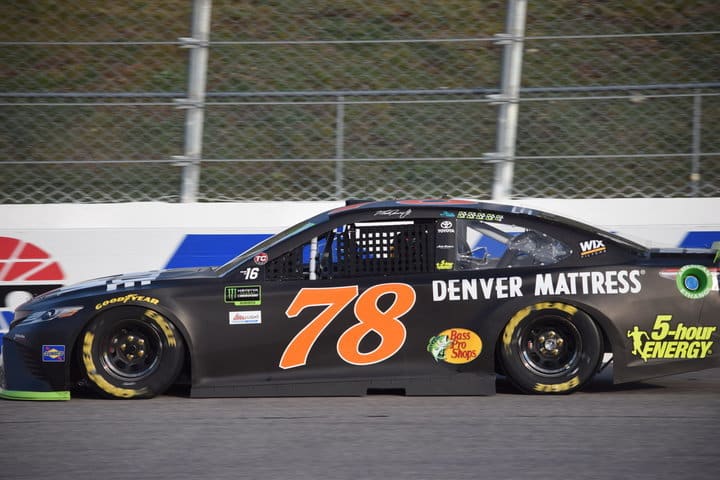 Throughout the history of the Monster Energy NASCAR Cup Series, there are numerous examples of a driver dominating at a certain track or type of track.

What is unique about what we’ve seen at the mile-and-a-half speedways this year is that the dominant driver seemed destined for a career as an also-ran for nearly a decade.

Martin Truex Jr. has been nothing short of phenomenal on such tracks in 2017. The driver of the No. 78 Furniture Row Racing Toyota scored his sixth win of the season this past weekend at Charlotte Motor Speedway. Of those, five have come on 1.5-mile ovals.

Everyone gets in a groove now and then, but Truex is a guy who finished his first 10 full-time years on the premier NASCAR tour with only three wins. He had that many by the end of July this year.

Personally, I believe Truex put a lot of effort into winning at Charlotte simply because he lost the top spot in the Power Rankings last week. That kind of defeat doesn’t sit well with him and he did his best to impress our contributors enough to regain the number one slot.  Who sits behind him heading into an unpredictable race at Talladega? Take a look!

How the Rankings Are Calculated: Frontstretch does our power rankings similar to how the Associated Press does them for basketball or football. Our expert stable of NASCAR writers, both on staff and from other major publications, will vote for the top 10 on a 10-9-8-7… 3-2-1 basis, giving 10 points to their first-place driver, nine for second and so on. In the end, Frank Velat calculates the points, adds some funny one-liners and… here you go!

Harvick 8th–what have you people been smoking?