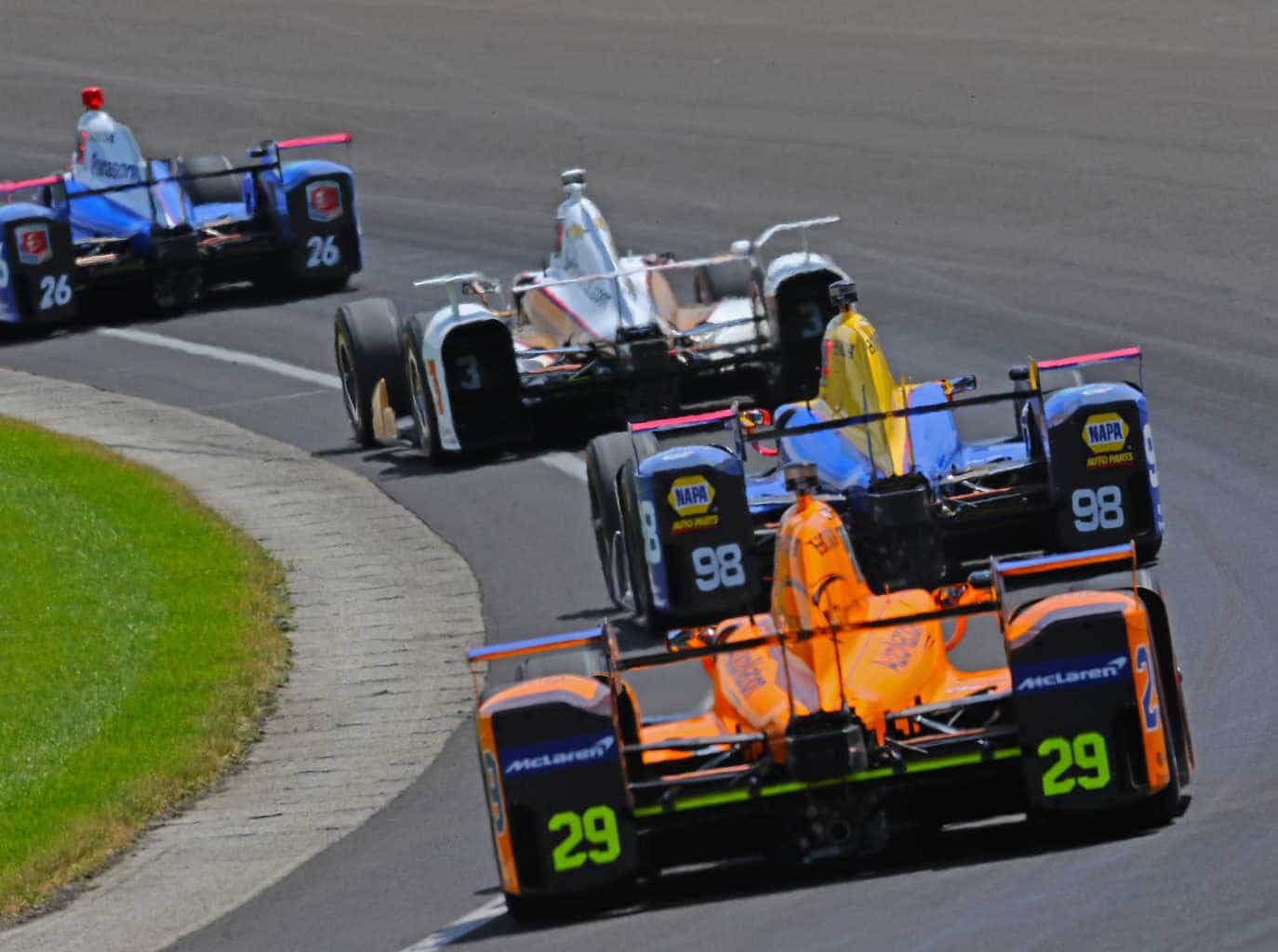 Although Alexander Rossi is winless with four races left in the Verizon IndyCar Series season, he still feels he and Andretti Autosport have performed better than last year.

Rossi won the 100th Indianapolis 500 in 2016, but it was otherwise a miserable rookie season for him. He left Europe after the 2015 Formula 1 campaign in search of a full-time ride and signed with Andretti-Herta Autosport to pilot the No. 98 Honda.

Except for his unlikely fuel-mileage victory in the Indy 500, his best finish last year was fifth in the season finale at Sonoma Raceway. Rossi only qualified in the top 10 three times and finished in the top 10 six times throughout 2016. He ended up 11th in the final standings.

This year, he and the other three full-time Andretti cars have shown more speed than last season. But misfortune has plagued the organization, beginning with the Toyota Grand Prix of Long Beach in April, where all four dropped out with mechanical issues. Andretti entries finished 17th through 20th there.

Two races later, they had trouble all over again at Phoenix Raceway. Ryan Hunter-Reay had a suspension failure while Rossi, Marco Andretti, and Takuma Sato crashed out.

For this year’s Indy 500, Andretti entered six Hondas, but two of them suffered blown engines before the checkered flag waved. Hunter-Reay fell out on Lap 137 after leading 28 laps and finished 27th, while F1 superstar Fernando Alonso’s day ended on Lap 180 after leading 27 laps and wound up 24th.

“We’ve had a lot more bad luck this year; I guess if you will. But the pace for the whole team has been way better,” Rossi said. “At the beginning of the year, we had a lot of technical failures.

Sato’s victory in the Indy 500 has been the bright spot for the team, and he demonstrated that when an Andretti Honda makes it to the finish, its driver will certainly be a contender for the win.

Rossi also led 23 laps at Indy after starting on the outside of the front row. He finished seventh, and Marco Andretti finished eighth.

“The team, as a four-car unit, has taken a massive step forward. The tracks we’re the weakest at last year, Toronto for example, we were on the podium,” Rossi said. “At Detroit, Takuma was on pole. There have been a lot of improvements. It’s just been unfortunate, but there’s not kind of a global team result to show for that other than obviously the 500 again this year.”

Sato is the highest-ranked Andretti driver in the standings, 23 points ahead of Rossi who sits eighth. Hunter-Reay and Marco Andretti are 12th and 13th in the championship, respectively.

Gateway ends a 14-year hiatus with IndyCar and is a new addition to the series this year, so it’s unclear what to expect from Rossi and Andretti at the 1.25-mile oval. But the end of the schedule could play into Rossi’s favor. Two of his top 10s from last season came at Watkins Glen and Sonoma — finishes of eighth and fifth, respectively.