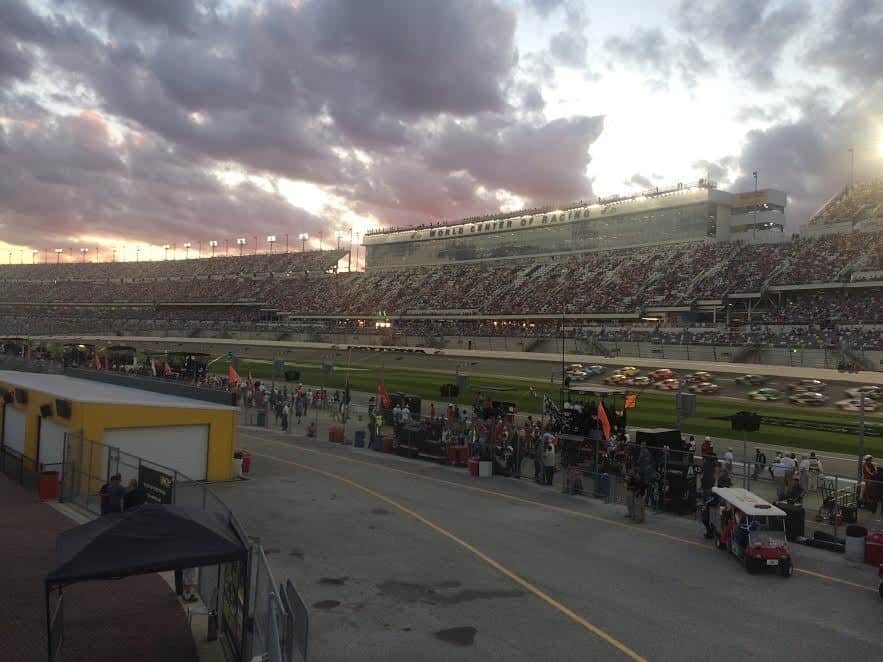 NASCAR has delayed the Coca-Cola Firecracker 250 at Daytona International Speedway until Saturday at 12 p.m. ET., after rain halted the event 11 laps in.

On Lap 7 (of 100), NASCAR threw the caution as precipitation began to fall, in what looked to be a pop-up Florida shower. However, after more than an hour of consistent rain, which led to the red flag, and eventually the jet dryers and Air Titans were shut down for the evening.

Blake Koch was the leader of the event at the moment of caution. The No. 11 car started fourth, and led eight of the 11 laps that were completed.

“My race car is fast, man,” Koch told MRN during the red flag. “I felt like we had a really fast car, the outside line couldn’t get a run on us. It was pretty neutral. The dirtiest air I was in was fourth. Hopefully, we’ll be up front all night.”

When the race resumes, Ben Kennedy will restart alongside Koch, as he did on the initial start of the race. Pole-sitter, Brennan Poole, will begin from third, with Daniel Suarez and Daniel Hemric rounding out the top five.

Ryan Reed, winner of the season-opening event at Daytona was sixth when the rain came, while Elliott Sadler, Erik Jones, Joey Logano and Ty Dillon fill up the top 10.

After starting in the back, Justin Allgaier made his way up to 18th, gaining the most positions through the opening 11 laps. In this event last year, the No. 7 car came up a few inches shy of winning his first race for JR Motorsports.

I wonder how many laps they’ll run under caution (with lots of commercials) and then have a TV timeout…er competition caution so that teams are able to check the tire wear due to the rain.

And there will be a TV time out…er competition caution during Brian’s product because it rained since the last Cup event.

All valid questions…that most likely we know the answers already… :)

What channel is the race on today?