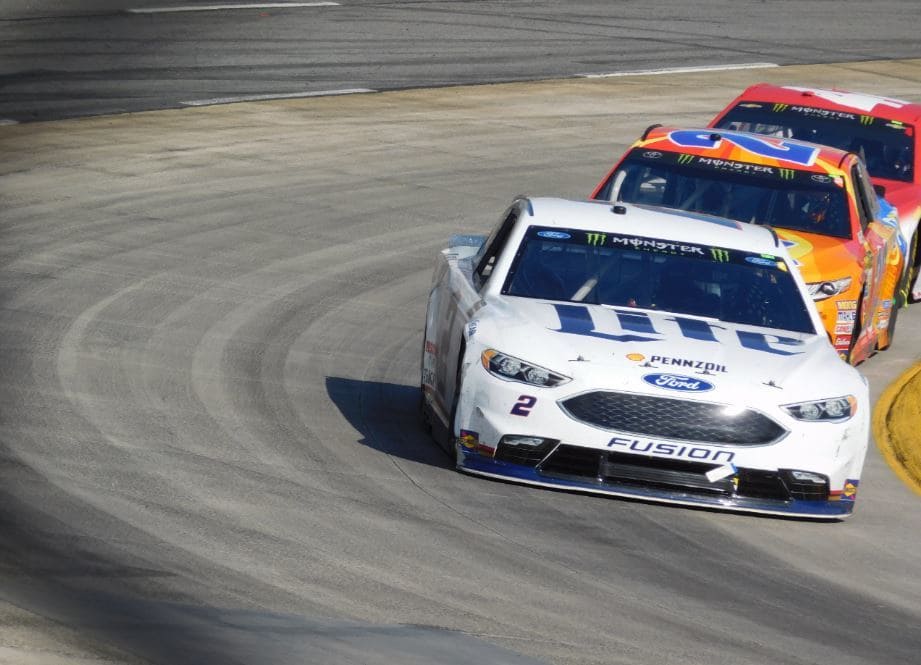 Monster Energy NASCAR Cup Series: It’s just how we like it – Sunday’s STP 500 somehow was able to give us every aspect, challenge, up, down and turnaround that makes Martinsville Speedway what it is.

As fans sat with their hot dogs in hand, the 38-driver Monster Energy NASCAR Cup race put on a show in more ways than one.

If you like long green-flag runs, we had a 120-lapper in the first half. In fact, that’s how the race ended, with a 64-lap run determining the winner.

If you like a little carnage in the tight turns, you probably kept your eyes on Turn 3, as that’s where a whopping six cautions flew for accident. A further eight yellows on the afternoon gave Sunday more cautions that both Martinsville races combined from a year ago.

If you want some parity among the top finishers, there were seven different teams represented in the top 10, including comeback performances for Clint Bowyer, Ricky Stenhouse Jr. and Austin Dillon.

The man in Victory Lane gave us a little bit of history; a first-time winner of the grandfather clock in what was the 1000th Cup race for Team Penske.

To cap it all off, the stages gave the sport just what it needed: an even more exciting Martinsville event.

Whew, what a day. – Zach Catanzareti

NHRA: Rookies Make a Statement – It would appear there is a youth movement taking place this year in the NHRA Mello Yello Series, and it is being led by some fast rookies. Tanner Gray took just four races to get his first win in Pro Stock, while Jonnie Lindberg knocked on the door once again by going to the finals in Funny Car for the second race in a row at the DENSO Spark Plugs NHRA Nationals.

Pro Stock guaranteed a first-time winner this weekend as Gray faced off against Bo Butner, who has yet to score his first win in the class. Gray beat Butner on a holeshot, running 6.681 at 206.61 mph to beat Butner’s faster but losing 6.678 at 206.76 mph.

Gray certainly didn’t take the easy route to the win as he had to drive past all three of the KB Racing entries to get there. He beat Deric Kramer, Greg Anderson and Jason Line en route to the finals. The win also makes Gray the youngest ever winner in an NHRA Pro class at just 17 years, 11 months.

Two-time Top Alcohol Funny Car champion Lindberg would have loved to make it two first-timers in the trophy photos, but came up short to veteran driver Tommy Johnson Jr. Lindberg gets the consolation of being the first rookie driver to make it to two consecutive final rounds. Johnson’s 3.933 second, 323.66 mph lap overpowered Lindberg’s 4.016 second, 302.14 mph try.

Brown faced off against Scott Palmer, Steve Torrence and Leah Pritchett to find his way to the final round match-up with Schumacher. – Toni Montgomery

Sports Cars: Huge Crash Mars Blancpain GT Series Sprint Cup Opener – While the FIA World Endurance Championship teams were at Monza testing for the upcoming season, the Blancpain GT Series Sprint Cup held their season opening weekend at the Misano World Circuit Marco Simoncelli in Italy.  As per the norm, the weekend featured a 60-minute qualifying race on Saturday, and a 60-minute main race on Sunday.

For Misano, the Qualifying Race is always held at night.  Wrecks are common in this setup.  Saturday night was no exception.  Not even halfway into the first lap of the race, former Caterham Formula One racer Will Stevens was spun out in front of much of the pack.  A chain-reaction crash resulted that wrapped up nearly a quarter of the field.

The red flag was displayed in order to clean up a mass of carbon fiber shards and a number of expensive disabled race cars.  Seven different cars (two Lamborghinis, one Bentley, one Ferrari, one McLaren, one Audi and one Mercedes) were eliminated in the crash.  Only two of those cars made it out for Sunday’s Main Race, but one of them dropped out before the first lap was completed.

As for the races, it was a great weekend for HTP Motorsport.  Maximilian Buhk and former INDYCAR racer Franck Perera swept the weekend in their No. 84 Mercedes-AMG GT3, leading the vast majority of the Qualifying Race after Attempto Racing’s No. 66 Lamborghini had fuel pressure issues to win.  The Main Race Sunday was a butt-kicking.  Buhk and Perera led flag-to-flag from pole and won by 23 seconds. – Phil Allaway

Formula 1: Fernando Alonso at the Center of the Sport – With the Formula 1 season finally starting last weekend in Melbourne, Australia, there is reason to be happy with Ferrari’s win. As Mercedes has dominated the sport for the past three years, finding another team at the top of the standings, even just one race in, is a welcome sight.

On the flipside, there rests the frustrating existence of Fernando Alonso and McLaren. Beginning their third year together, the relationship is again off to a difficult start as the Honda-powered car faltered heavily in testing then could not see either of the team’s drivers to the finish line in Melbourne. It is showings like this that provide the impetus for rumors surrounding Alonso, the double world champion.

Alonso was named its most popular driver, a rare feat for someone with such poor finishes for the past few years (read: no podiums), according a a recent survey by F1. That popularity only fuels the desire for the sport’s fans to see Alonso in a better ride and able to compete alongside Lewis Hamilton and Sebastian Vettel. That Alonso is creeping up in years, 35 currently, also adds an urgency to a driver that many consider to be one of the best ever, to be able show his skills.

The question that is bubbling to the surface, already, is whether or not Alonso will make a move to leave McLaren this season. – Huston Ladner

Tony Stewart took a little time to get back into the swing of winged sprint car racing after stepping away from NASCAR, but Saturday night he broke through for his first win of the year. After seven races without a victory, Stewart found something in practice that made his car come alive. Starting 10th, he worked his way to the front on Lap 19. He survived a Lap 25 restart and led the final eight laps to take the win in the 33-lap feature. The race was dedicated to Dave Steele, all-time Florida sprint car feature winner, who lost his life last week in an asphalt winged sprint car race. Steele frequently ran the No. 33. He also drove for Stewart during his career so it was fitting for the USAC Triple Crown Champion to win the race dedicated to his friend.

Langley Speedway is back and as good as ever. After having serious doubts about its future, Langley Speedway opened its gates for the first time since the fall of 2015 this weekend. The Hampton Roads area leaders felt they lost $100,000 in revenue due to the tracks dormancy in 2016. Bill Mullis and the City of Hampton Roads worked together to reopen the track and the speedway opened to a standing room only crowd Saturday. In an era where more tracks are closing than opening it is great to see a fixture in the southeastern racing landscape back open and operating. – Mike Neff

First its good to see coverage of a variety of series. Thank you.

For those who keep saying Nascar should go back to stock bodied cars the european GT series, including the Blancpain Series might give you an idea of what it could be. Those cars use the factory unibody, albeit heavily modified, which means they can’t stray too terribly far from stock. Good racing.

As for Fernando, he painted himself into that box by being so desperate to leave Ferrari. In a series that doesn’t have parity as its number one priority choosing the right car is important. He was so anxious to leave Ferrari that McLaren was his only viable option. But his gamble o the Honda engine didn’t pay off, and now he’s an old man, yet supremely talented, in a young mans sport.