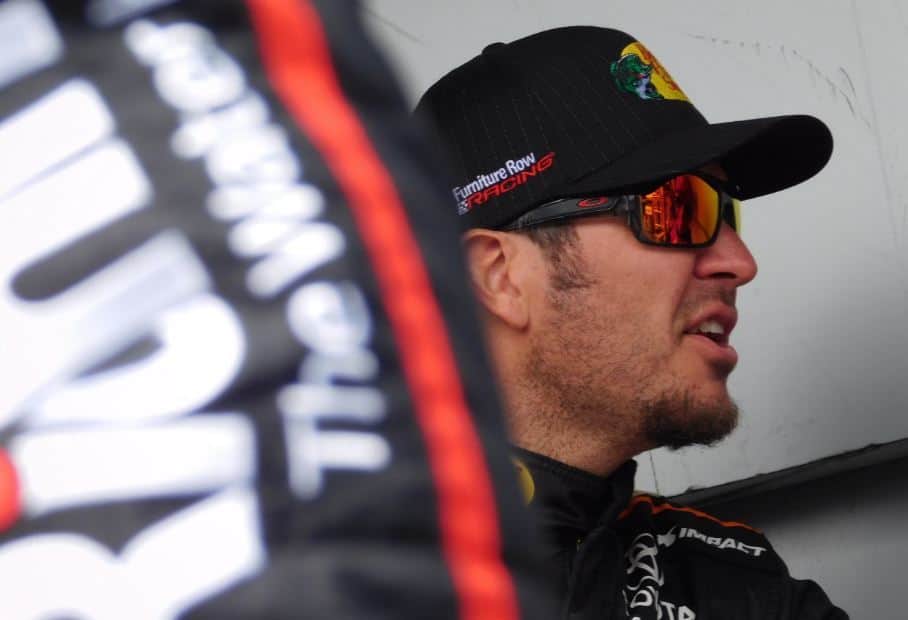 Smoke, spins and punches. Las Vegas sure knows how to put on a show.

“This was a gift,” Truex said after the change of events at the end. “We’ve been on the other side plenty of times. Really proud. The first victory for the 2018 Camry. It’s [the] West Coast Swing for everyone but it’s home for these guys.”

Leading both stages and a race-high 150 laps, the win is Truex’s first at Vegas and eighth of his Cup career.

“I felt like the race didn’t play into our hands,” he said. “Brad was really good on long run. We had to stretch it, I was driving my butt off.”

Keselowski looked to be on his way to a second straight victory until a brake problem took him out of the lead. Leading 89 laps, the pole-sitter finished fifth.

“It was something pretty major,” Keselowski said. “I probably caused that wreck at the end, but I couldn’t get out of the way. It just broke. That’s why you have to watch until the end.”

The major turn of the event occurred in Turn 4 when Kyle Busch got turned off the bumper of Joey Logano. Sliding down pit lane to finish 22nd, Busch went after Logano on pit road, leading to punches thrown and a bloody face for Busch.

Logano kept it straight to finish fourth and saw the incident as clean racing.

“[Kyle] tried to pin me down in the corner under Brad and we about crashed on entry,” Logano said. “I was still trying to gather it up by the center. I was going to spin out, I’m trying to chase it up and he was there.”

Kevin Harvick, who came in as the point leader, crashed out of the event on Lap 69 after a cut tire sent him into the frontstretch wall.