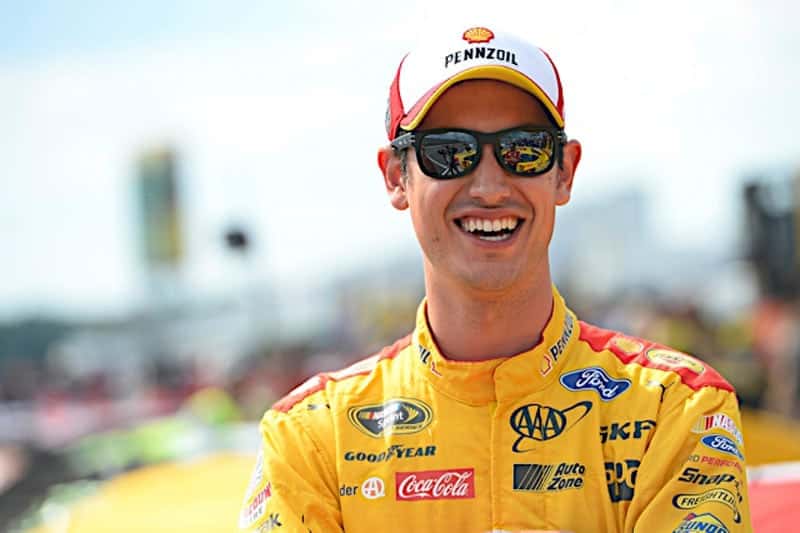 Team Penske and Joe Gibbs Racing went from following to hitting on the final lap of the Clash at Daytona International Speedway.

After contact between Brad Keselowski and Denny Hamlin for the lead in Turn 1, Joey Logano dodged the spinning No. 11 Toyota to take his first win in the rain-postponed Clash at Daytona.

“It’s a momentum-builder, that’s what this is,” Logano said. “I knew the only way we were going to beat those Gibbs cars was to break them up. You have to be a better team than them. We were able to break them up and get ourselves up front. Kind of the right place, right time. When the No. 11 went down, I knew what was going to happen.”

Catching Hamlin for the race lead, Keselowski went low for the pass. Going for the block, Hamlin spun off Keselowski’s nose toward a 13th-place finish despite leading 48 of 75 laps.

Keselowski says that’s the type of aggression you must show to win at Daytona.

“We were finally able to get organized, it seemed like we were stuck in the back,” Keselowski said. “Finally, Joey and I were able to work together with Kevin Harvick, all three Fords. Joey gave me a great push, I made the move on the No. 11 and he came down, contact happen. We both gave away the race. That’s how you win these races. You can’t be scared.”

Behind race winner Logano, Kyle Busch, Alex Bowman and Danica Patrick finished three-wide for second spot. Busch was frustrated with Bowman, saying if they worked together they could have caught Logano for the win.

“When the No. 22 got so far out front, he was a sitting duck,” Busch said. “I feel if we worked together we could have chased him back down and then the three of us would’ve had a shot at the win instead of automatically giving it to the No. 22. Just trying to see what his mindset was.”

Bowman made the most of his only scheduled Monster Energy NASCAR Cup Series race of 2017 finishing third.

“Hindsight is 20-20, right,” Bowman said. “I didn’t know the No. 22 was out by himself so he’s probably right. At the same time, he didn’t work with me much all day either. A lot of guys hung us out every chance they had.”

Though it was a strong day for one Hendrick Motorsports driver, the same cant be said for teammate Jimmie Johnson, who broke loose twice off Turn 4, the first collecting Kurt Busch on lap 16 and the second ending into the inside wall on lap 48.

“It’s so bizarre because the car hasn’t been loose anywhere else,” said Johnson, who suffered a sixth straight Clash DNF. “The first time, I got into the No. 41 and crashed him. And then [the next spin] I didn’t think it was going to turn around on me. I disappointed myself and our situation on that.”