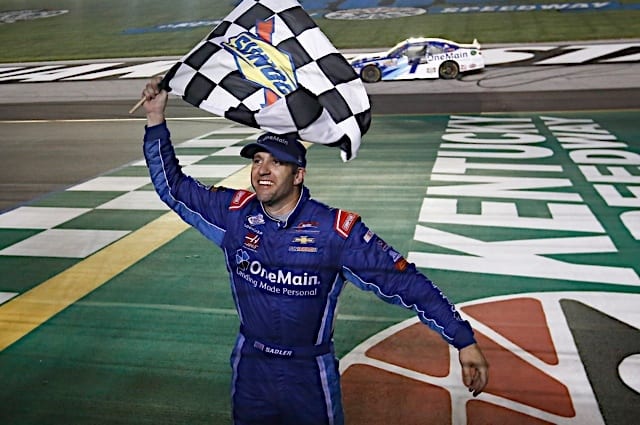 The team announced today (Jan. 12) it will field a one-off entry for the Daytona 500, with Elliott Sadler driving the No. 7. The ride will be sponsored by longtime TBR affiliate Golden Corral, with its usual promotion of supplying free meals to kids if the car finishes in the top 10 in effect.

Should be make the field, the start would mark Sadler’s first Cup start in almost four years. He last drove a Cup car in 2013 in the season finale at Homestead-Miami Speedway for Michael Waltrip Racing’s No. 55, finishing 14th.

Sadler currently competes full-time for JR Motorsports in the XFINITY Series, and is coming off a 2016 season in which he finished second in the championship standings with three wins, 14 top fives and 29 top 10s.

TBR, owned by Tommy Baldwin (formerly a crew chief for Sadler in their days at Robert Yates Racing in the early 2000s), announced before the end of the 2016 season that it would no longer field a full-time entry in the series after Homestead. Its charter was sold to Leavine Family Racing.