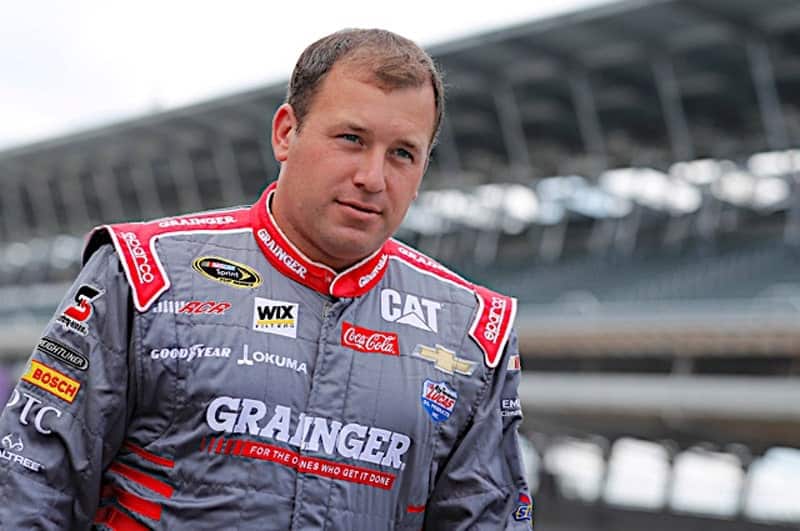 NASCAR Sprint Cup Series veteran Ryan Newman will return to Richard Childress Racing in 2017, shutting down rumors he would not return to the seat of the No. 31 Chevrolet.

Newman, 38, has signed a multiyear deal with the organization and the team’s longtime sponsor, Caterpillar.

“Ryan’s consistency on the track has been a benefit to our organization and this extension solidifies the future of our racing program,” Richard Childress, Chairman and CEO of RCR said in a press release late Monday afternoon. “Ryan proved the first year he was here that we could contend for championships and with this continuation, I believe we can fulfill our commitment to winning races and a championship. Ryan has worked hard to represent many of our partners, especially the primary sponsors Caterpillar, Grainger and WIX Filters, helping them to get the most out of their respective racing programs.”

It is unknown how long Newman’s contract will run through, but the deal means he will be with RCR at least until he’s 40 years old.

“I am pleased to continue driving for Richard Childress Racing,” Newman said in the release.” Our goal to win a championship all but turned into a reality during our first year together. I feel like since then, we have some unfinished business to complete. I’m fortunate to have forged a great relationship with my crew chief Luke Lambert, and I very much want to not only help him reach our goal of winning a Cup championship but also getting him his first Cup victory.”

Newman made the Chase for RCR in his first year with the team, finishing runner-up in the 2014 championship to former RCR driver Kevin Harvick. In 102 starts with RCR, he has 11 top 5s and 39 top 10s.

Childress has made it known that he plans on fielding a car — or alligning with another team — to put grandson Ty Dillon into a full-time effort in 2017. However, nothing has been announced. If RCR were to field a fourth car for Dillon, it would need to lease or purchase a charter from another team.

Paul Menard’s contract is reportedly up at the end of the year. He claims he will likely return to the team in 2017, but no announcement has been made.

This is one of those situations where it’s hard to figure out who has pictures of who.
You have Newman who won eight races in 2003 and has won just eight since then.
In the case of RCR they lost any shred of relevance once Harvick bolted.