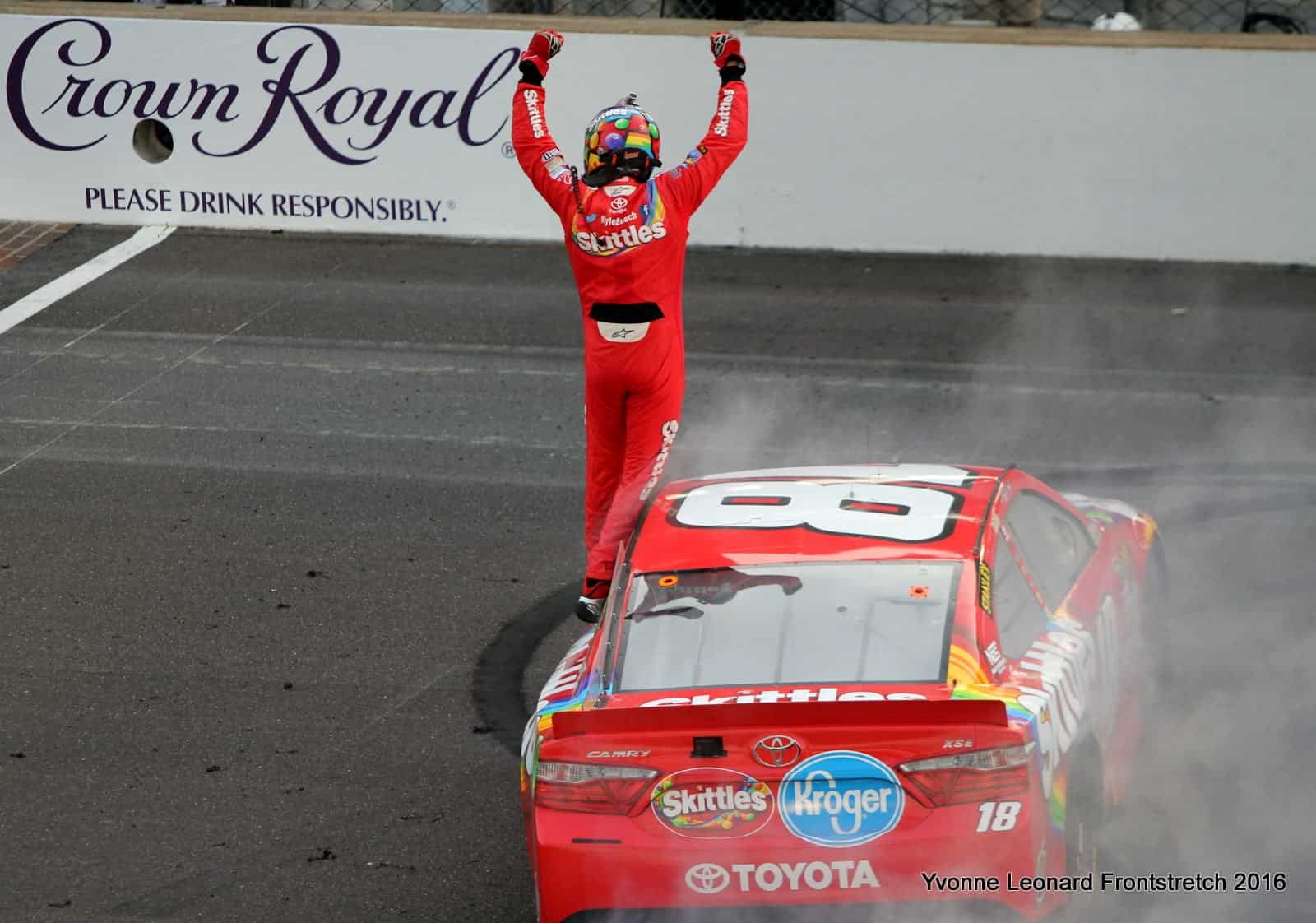 NASCAR on NBC saw its second increase in TV ratings in its four races so far this season on Sunday at Indianapolis.

The rating also marked NBC Sports Network’s most-watched and highest-rated program in the channel’s history, topping the Brickyard 400 from one year ago.

The audience peaked at the finish as 6.1 million viewers tuned in to see Kyle Busch capture his second consecutive win at the famed speedway.

The race averaged 5.2 million viewers, putting it even with the 2014 Brickyard 400, which was broadcasted on ESPN.

This weekend’s Sprint Cup Series race from Pocono Raceway will be televised on NBC Sports Network, with coverage beginning at 1:30 p.m. on Sunday.

Highest rated show? Ever??? It doesn’t say much about NBC Sports programming, does it!

No it doesn’t Don.

I wonder how things will fair out once the Olympic start which, I believe, are also on NBC.

The TV ratings equivalent of all the minor league records set by Rowdy Busch.