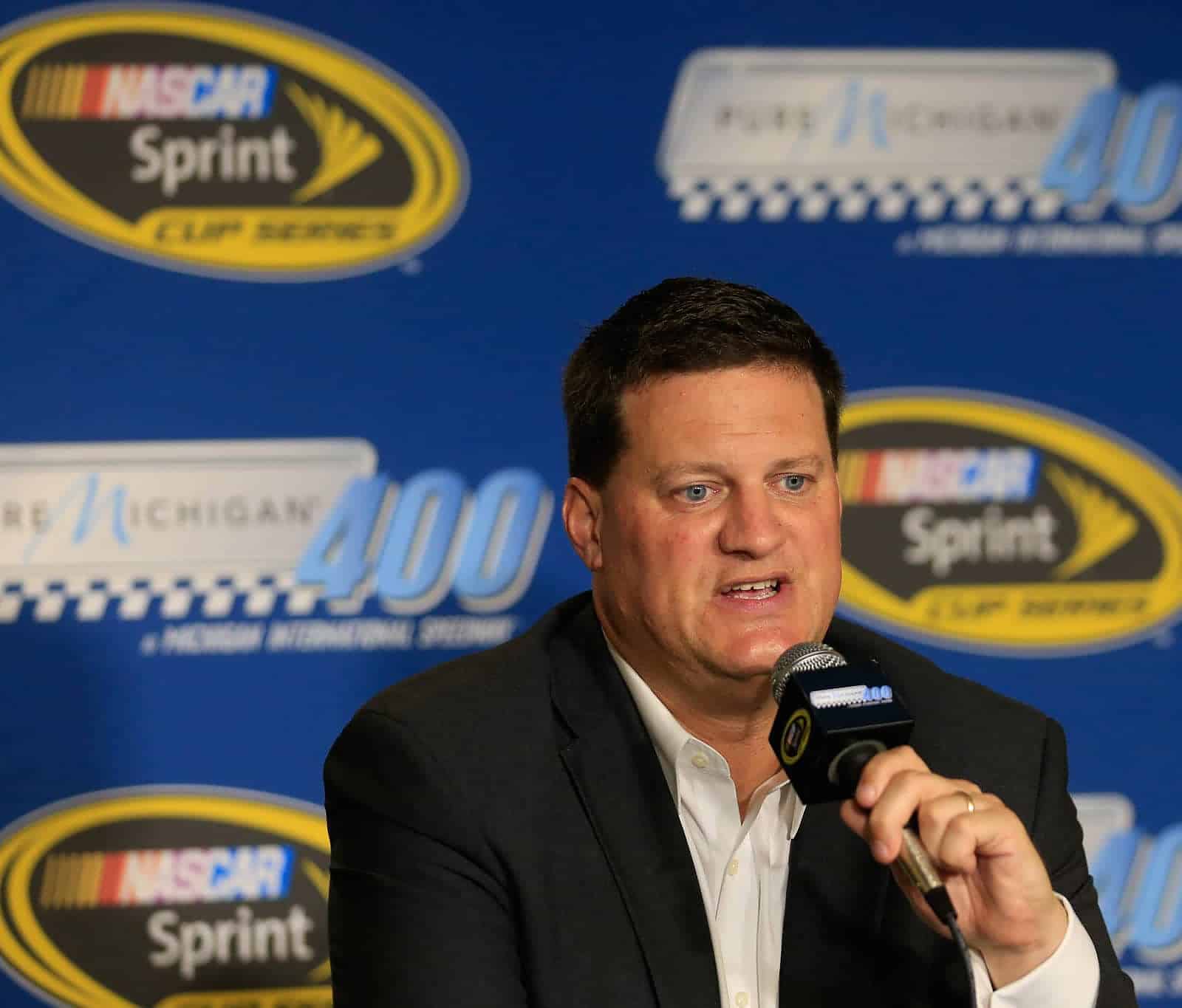 Camping World Truck Series director Elton Sawyer has been promoted to Vice President of Officiating and Technical Inspection. He has spent the last two seasons as the series director. In his new role he will oversee functions including inspection/officiating, and officials training and development.

NASCAR touring series direction Brad Moran will take over as Truck Series Director. Moran is a Canada native who has over 25 years of experience in motorsports in addition to owning Ontario Speedway.

Brandon Thompson will take over as touring series director. Thompson has over 10 years of experience at NASCAR. He returned to NASCAR in 2012 after serving as the operations manager of Revolution Racing for two years. His responsibilities since rejoining NASCAR have included coordination and administration of weekly race activities.

John Probst joins NASCAR and will serve as Managing Director of Competition and Innovation. He previously served as the Technical Director for Chip Ganassi Racing with Felix Sabates and Red Bull Racing, and 11 years as an Engineering Supervisor at Ford.

Other promotions include George Grippo who joins the competition team as the Managing Director of Competition Technology and Timing and Scoring. Since 2013, he has spent time overseeing the NASCAR Productions’ Technology Field and Media Operations department as the managing director.

Jusan Hamilton becomes the Manger of Racing Operations and Event Management. He first joined NASCAR in 2012 through the Diversity Internship Program. He takes over a majority of Thompson’s roles in addition to event management assignments from Managing Event Director David Hoots.

“With today’s announcement, NASCAR has aligned the Competition department to meet the ever changing and challenging needs of a highly competitive sports landscape,” Steve O’Donnell said. “We’re delighted to see the growth of a number of our colleagues throughout the company, as well as welcoming a new one with a long history in the industry.”

These changes will take place over the balance of the 2016 season.

Different toadies for Brian replacing those who probably had enough of Brian. It seems to occur with regularity.