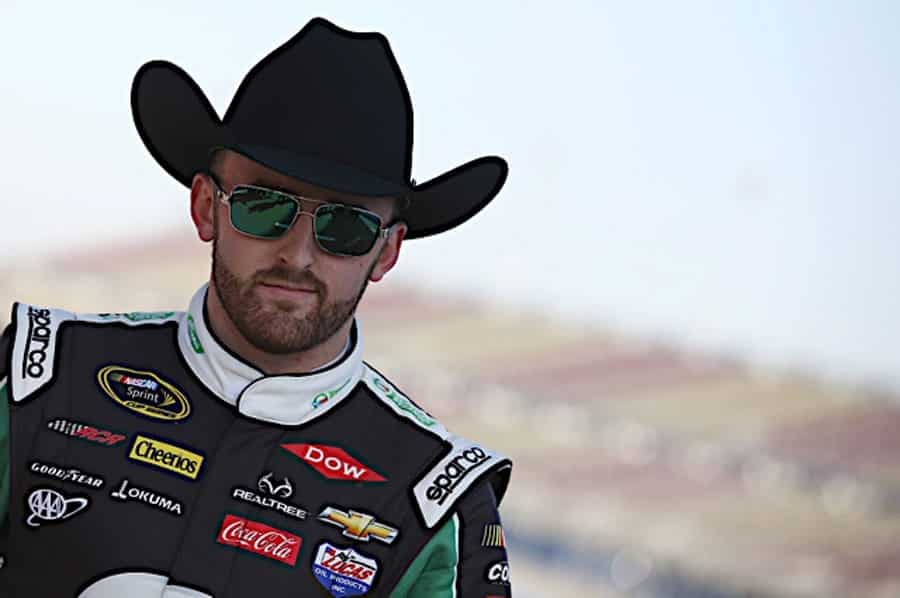 Did You Notice? … Jimmie Johnson has won a Sprint Cup race at Dover in six of the past seven seasons? It’s a streak of remarkable consistency in line with Johnson’s overall dominance at the Monster Mile. In total, Johnson has won seven times at this one-mile oval since the start of the 2009 season.

How does that compare with other tracks on the NASCAR schedule? I looked at the highest win totals elsewhere during that time period to see just how dominant the No. 48 team’s run has been.

None of the other 16 tracks on the schedule have more than three wins by any one driver. And while one could argue Johnson’s been slightly hotter at Texas recently, scoring all of his victories within the last four years it’s Dover where he’s been setting records. The driver tops the career list in laps led (2,999), victories (ten) and boasts an average finish of 9.1 even with last fall’s 40th-place mechanical failure. That run, while devastating to Johnson’s Chase hopes also snapped a 22! (yes, 22) race streak in which the No. 48 finished 17th or better at the track. Seventeen of those performances turned into top-10 finishes and eight of them were wins.

The Monster Mile has also led to monster moments for Johnson’s career. Victories there in the fall of 2009 & 2010 proved the catalyst for championship performances in the Chase; another one in 2014 launched him into the next round of the new format.  It’s the cornerstone from which the team builds their postseason case; few track/driver pairings have ever had as dependable a connection.

That makes Sunday a true test of just how strong Joe Gibbs Racing is compared to their Hendrick Motorsports rivals. JGR hasn’t won a race at the Monster Mile since 2010; they went two for eight on top-10 finishes here including a big fat zero in last year’s spring race. That event saw Kyle Busch wreck, Matt Kenseth sidelined with suspension problems while Johnson (per usual) muscled his way to the front down the stretch.

The battle lines, then are pretty clear. If the No. 48 loses to JGR here… it’s not just a good few months for their Toyota rivals. Everyone else is in serious trouble come fall.

Did You Notice? … Austin Dillon‘s improvement in Cup Series points? While rookies Chase Elliott and Ryan Blaney have been early season surprises, it’s been Dillon, not fellow third-year driver Kyle Larson, who’s emerged as a fellow Chase contender. A quick look at the standings compared to a year ago shows that Dillon is easily the most improved among full timers:

Dillon’s rise is especially notable considering the performance of Richard Childress Racing teammates Ryan Newman and Paul Menard. Both have seen their results plummet this season, sitting on the outside of the Chase looking in while accumulating four DNFs and zero top-5 finishes between them. That duo has struggled to rebound from in-race misfortune while Dillon has relished in it. Take Talladega, his car the victim of crash damage and seemingly held together through some sort of bizarre sheet metal sewing job. Yet there was Dillon, sitting third at the finish and in position to win late with the lead draft.

Then, at Kansas, Dillon struggled from his 17th starting spot, dipped to 22nd through lap 75 and appeared to have a car out of contention. At the finish? Sitting sixth, holding the right adjustments in hand and a main beneficiary when a number of contenders ahead crashed racing for second place.

That’s a story we’ve seen oft repeated for Dillon in 2016. Martinsville? Started 29th, finished fourth, a gain of 25 spots. Phoenix? Started 15th, finished ninth, a more modest gain of six spots but an improvement nonetheless. It seems like crew chief “Slugger” Labbe can break through over the course of a race and figure out what Dillon needs fixed; it’s a chemistry evident since midseason last year but finally paired with the Lady Luck needed to pay dividends.

Dillon’s not in race-winning mode yet; he’s led a grand total of three laps all year. There are still some moments (Fontana, Bristol among them this year) where he looks shaky on track. But making the Chase, at least would be a huge step and with each passing week that appears a stronger possibility.

Yah, Yah, the script for Tony’s 3rd Championship is safe to write. Vince McFrance is getting it ready.

I see where Kyle’s car failed the lug nut test. That’s why I wanted the rule to be all cars are checked after the race or when they fall out and any not having all the lug nuts on forfeits half the prize money and half the points (rounded off). They also check the torque. But that would take a lot of time and Brian wouldn’t pay for the extra time. I’m sure Kyle would pay the fine to get his bimbo some more TV time.