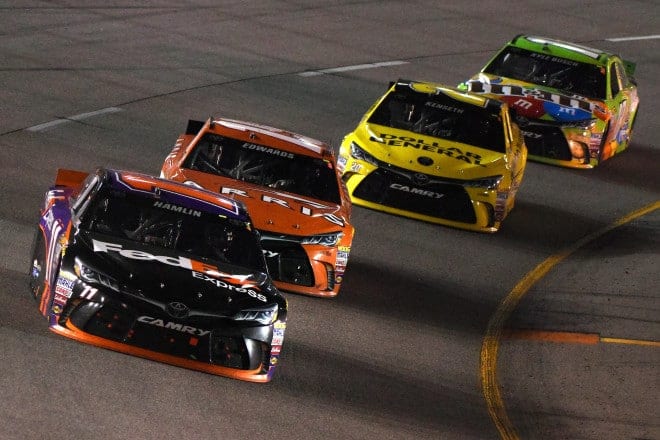 This weekend, the Sprint Cup Series makes its first visit to Richmond International Raceway for a scheduled day race since 1997 (Note: There have been multiple races run on Sunday afternoons since then, most recently last year, but they were all due to rainouts).  For this race, 41 cars have entered, meaning that someone could go home without racing for the first time since Daytona.

The one new entry this week is the No. 93 for BK Racing, returning for the first time since Daytona.  This will be the first of a few races that Ryan Ellis will compete in for the small team.  Sponsorship will be provided from ScienceLogic, a company that Ellis first brought to Sprint Cup last season with Circle Sport’s No. 33 Chevrolet.

The only other change of note is that Brian Vickers is currently listed as being back in the No. 14 Chevrolet for Stewart-Haas Racing.  Sponsorship will be provided by Mobil 1.  Vickers is still on a race-to-race deal with SHR for non-Bass Pro Shops-sponsored races until Tony Stewart returns.

Five non-charter teams will make qualifying interesting. And having read numerous comments from one poster, who obviously has a biting dislike for Ryan Blaney and the Wood Brothers, I’ll bet that person is really hoping Blaney doesn’t qualify. Odds are that he will. And yes, I’m being a bit nasty!

Just checking for the one comment that is shown on the homepage.