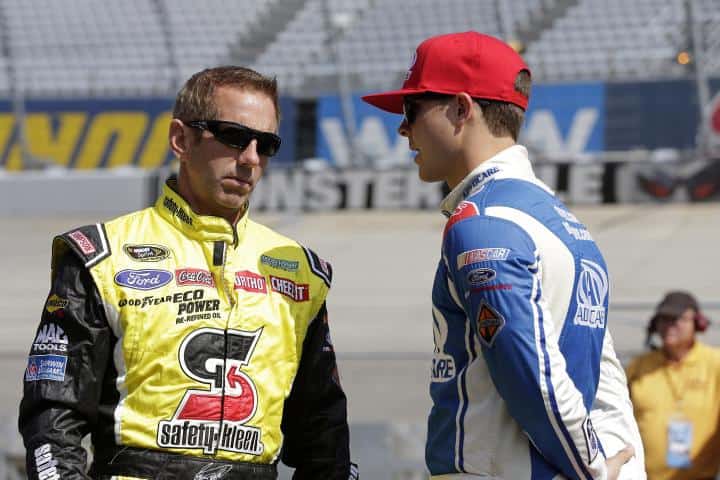 10 years ago, Greg Biffle was on top of the NASCAR world. He closed out the year with a win at Homestead-Miami Speedway, his sixth of the season, and he finished runner-up to Tony Stewart in the championship battle.

Fast forward to 2015 and Biffle is an afterthought at best.

During 2014, Biffle made the Chase but was knocked out of the first round and ultimately finished 14th in points. Now, with a year of the new championship format under his belt, the new season brought a better chance to sneak in and grab his first title, right?

After starting the year off with a 10th-place finish at Daytona, it seemed like things were starting off well for Biffle and the No. 16 team, but it all went downhill from there. Outside of a segment win in the Sprint Showdown at Charlotte in May, not much went right for the Roush Fenway Racing driver. Ending the year 20th in the championship standings, Biffle posted his worst points finish since his rookie season in 2003, and the numbers on the year weren’t that great either.

There was the runner-up finish in the Coca-Cola 600, thanks to pit strategy, and he might have won at Talladega Superspeedway last fall if not for untimely cautions. But other than that, there isn’t much to write home about. Sure, there were three top-five finishes, but they were little more than flashes in the pan for the 45-year-old, who just couldn’t seem to find handling or speed most of the year.

Biffle led just 40 laps all season and failed to finish inside the top 20 16 times over the course of 36 races. And while the official stats show zero DNFs for the driver of the No. 16 Ford, he also failed to finish on the lead lap in 15 events.

At 45, many have suggested that Biffle has already passed his racing prime. After all, Jeff Gordon just retired at 44, and Stewart will hang it up at the end of next season at 45. That’s not to say that he should retire, but things do need to take an upswing before he’s left sitting on the sidelines without having any say in the matter.

As the highest-finishing RFR driver in points, it’s clear that things are not right at the organization. Both Matt Kenseth and Carl Edwards jumped ship in recent years, and perhaps the pair saw the writing on the wall. None of the team’s three entries made the Chase, and the majority of the camera time Biffle and teammates Trevor Bayne and Ricky Stenhouse Jr. got were for cautions they caused or were involved in.

Maybe 2016 and a new crew chief will bring some hope to Biffle and the entire RFR organization, and you can bet that will be one of the big storylines everyone will be watching next year.

But in the meantime, I’d venture to guess that Biffle is just glad the 2015 season is over.

Biffle is a wheel man and the low downforce package plays right into his hands next year. Gets a couple wins next season