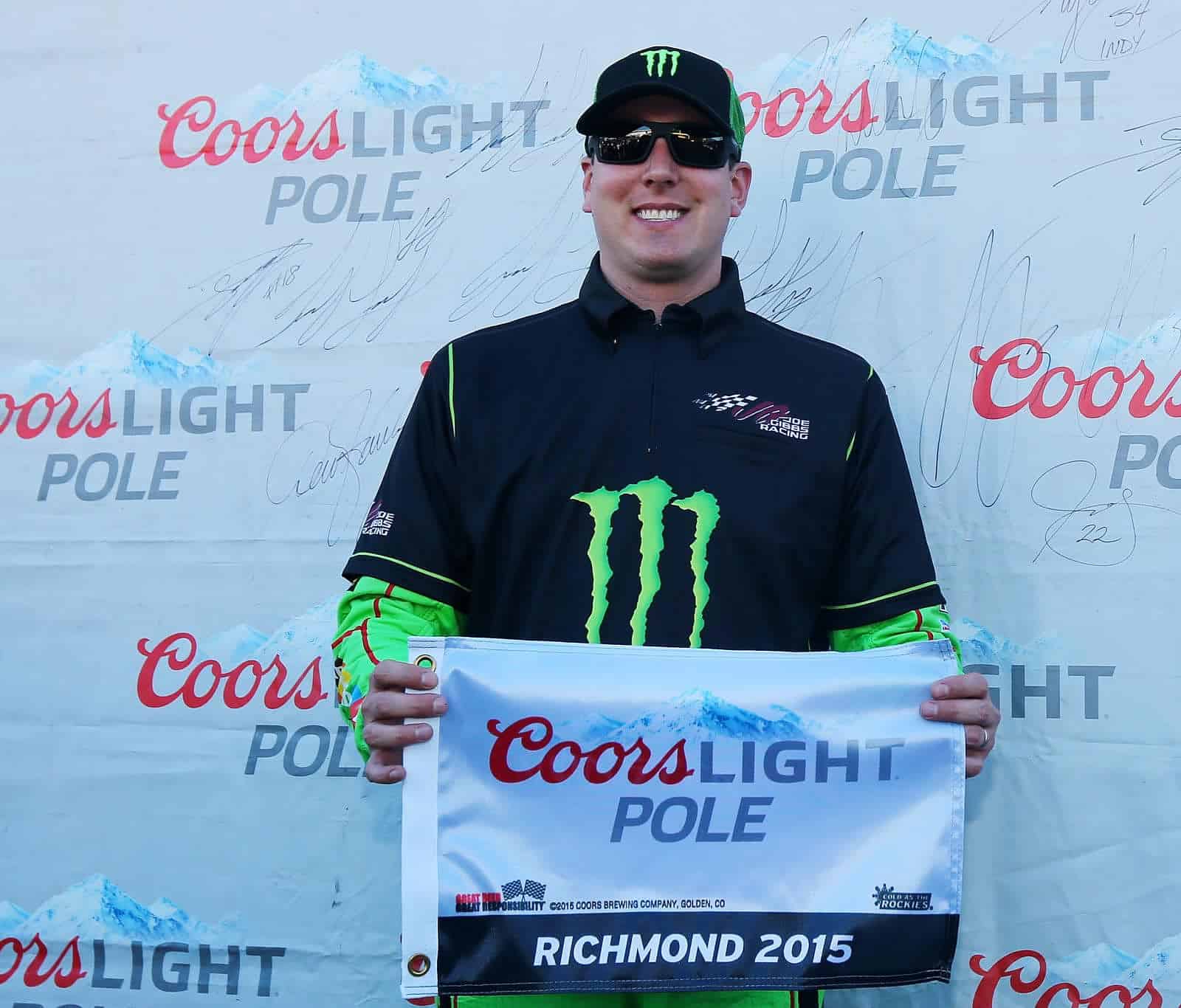 A Cup driver once again looks to be the one to beat in an Xfinity Series race, with Kyle Busch winning the pole for the Virginia 529 College Savings 250, his second pole of the season, fifth at Richmond and 44th of his career.

Series points leader Chris Buescher was the first driver to miss the final round. His lap of 120.676 mph was good enough for the 13th starting position.

The Xfinity Series will take the green flag at 7:30 p.m. on NBC Sports Network.

Oh thank God, I was in knots all day worried that an Xfinity driver would get the pole.

Let me add that talking heads in the booth just stated that the last Xfinity driver to win at Richmond was Kyle Busch…in 2004. If that doesn’t give you an idea of how we got to where we are then I don’t know what will. It isn’t the Kyle part that bothers me as much as the “not since 2004″part. Can’t imagine how Xfinity teams (not affiliated or out-right owned by a Cup team) manage to attract any sponsorship for the $8 to 11 million that I hear it takes to run a Xfinity team. “Hello, could you please sponsor our team at Richmond? Uh..no..that’s right, an Xfinity driver hasn’t won there since 2004…hello? hello? I think they hung up”

I wonder the same thing. Spending a small fortune to sponsor a race car in a racing series NO ONE watches seems like the ultimate waste of a company’s advertising budget. It makes about as much sense as putting billboards on the bottom of busses. As it stands now this series can’t survive.