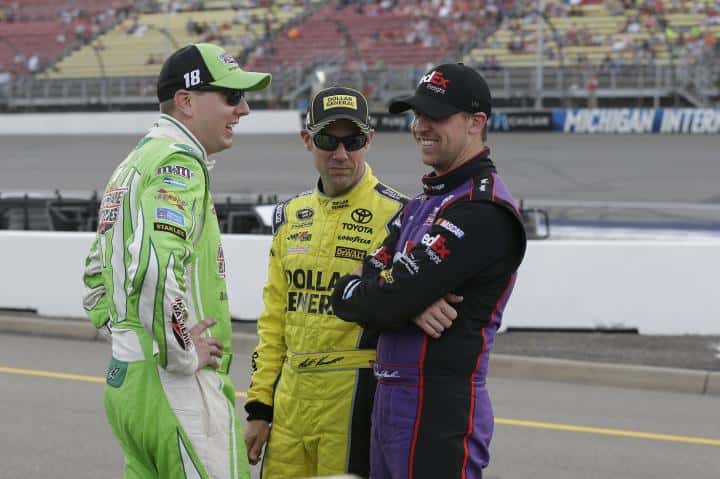 Warning are issued for teams who fail inspection, and for every fourth warning, NASCAR will take away a team’s pit stall selection.

There could be dire consequences for Bowman, Kvapil, Hill, Cassill and DiBennedetto. The other six, not so much.

15 minutes loss of practice???, oh how will they ever recover…but, shouldn’t be a surprise its typical. What an embarrassment and farce Nascar has become. Everybody is a cry baby, no consistency, especially in penalties. Same kinda people running Nascar are the same kinda people running the country, no wonder it’s screwed up. I’m sorry I didn’t mean to say Nascar racing, it’s iroc racing. Oops, I should not get on a rant, I might get flagged for debris. In closing, may I say kudos to indy car, for not learning a dam thing from the past and have the drivers head exposed, why were there no tethers on the nose cones…are you serious

A couple of weeks ago I saw an oil drain pan come out from underneath a car in a NASCAR race. How did that make it through inspection undetected?