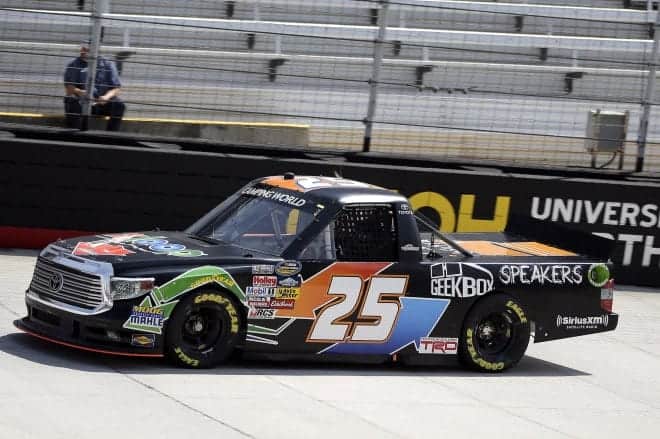 When Kyle Busch Motorsports and Justin Boston announced they would no longer be competing together in early July, no one really knew why.

KBM owner Kyle Busch filed a lawsuit this week against Boston and Zloop — a computer recycling company owned by Boston’s father — alleging that they missed $650,000 in payment toward a $3.2 million annual contract to put Boston in one of KBM’s trucks, ESPN reports.

According to the lawsuit, Boston and Zloop had paid $1.55 million on the contract through April, but missed payments in May and June. KBM is seeking $4.025 million that was defaulted. The money would cover the remainder of the contract, which ran through the end of 2016.

The lawsuit also included the contract between Boston and KBM, which outlined that Boston and Zloop were paying $139,130 a race to run one of Busch’s trucks.

Boston’s race salary equated to $3,000, with 40% of the purse going his way. He would not earn any part of the television portion of the purse.

The contract also contained numerous performance clauses, with a $50,000 bonus for winning the championship, $7,500 for winning a race, $1,000 for winning a pole and $15,000 for a second- to fifth-place finish in the final points standings.

For Zloop, the suit is another blow to the company. It is currently in court fighting a suit brought by a former investor looking for $28 million, and declared Chapter 11 bankruptcy earlier this month.

What a business model. (sarcasm).

I wonder if this time next year we’ll be hearing the same story about Danica Patrick’s new sponsor. They certainly don’t seem like they can afford a sprint cup team.