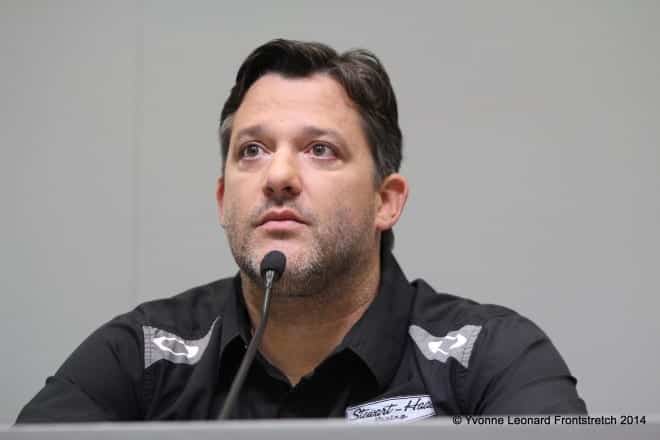 Another year at Watkins Glen brings yet another trial in the life of Tony Stewart.

On Friday it was announced that the family of Kevin Ward Jr. has filed a wrongful death lawsuit against Stewart over the death of Ward in a sprint car race last summer in Canandaigua, New York.

Stewart, who was competing in a sprint car race almost a full year ago, tangled with Ward while racing on the track. Ward was unable to continue, and walked up onto the racing surface – toward Stewart’s moving car – to show his displeasure. Stewart’s car struck Ward, who later succumbed to his injuries.

The lawsuit states that Stewart gunned his sprint car while passing Ward, which led to the contact between Ward and the car. The family is seeking claims for wrongful death, reckless conduct, gross negligence and for Ward’s suffering.

“Our hope is that this lawsuit will hold Tony Stewart responsible for killing our son and show him there are real consequences when someone recklessly takes another person’s life,” Ward’s parents wrote in a statement.

“Stewart could have easily acted reasonably and with prudence to avoid striking Ward, just as all other drivers had done as they passed Ward during the yellow caution flag. Stewart acted with disregard for Ward’s life and safety by driving his vehicle in a manner that would terrorize Ward and thereafter strike, severely injure and kill Ward.”

Stewart was shaken after the accident, sitting out three races before returning to the track. Stewart called the event an “accident,” and after an investigation last September, New York courts decided not to criminally charge Stewart for the incident.

Find the ward family’s action disgusting…But I guess they thought it was time to cash in …These peoples Foolish son did something Foolish & it was costly..I’m sure they’ll settle for less …I wish Tony would ride it out to the end & when they lose & their sons name has been sledged around & they’ve spent their last couple of bucks on their lawyers they’ll see the Foolishness that runs in the family …Sound cold? Well greedy folks deserve no better & no sympathy when they try for the big cash grab as it is them who decided how this will play..At this point Tony needs to say “no comment” & just let the lawyers handle it(hope the answer is”not a dime”) ..By the way Racing has a certain element of danger & if one does stupid things in anger it creates issues on occasion .. The Father should be sued for not teaching his son to control his well known spoiled temper

What took them so long to do what a lot of people expected them to?

Hardly unexpected, and I suppose most families would do the same given the circumstances. At the end of the day other than the possible transfer of dollars nothing changes. The young man will still be dead, Stewart still knows what really happened and life will go on.
A tragedy to be sure. But like many one that either party could have prevented.