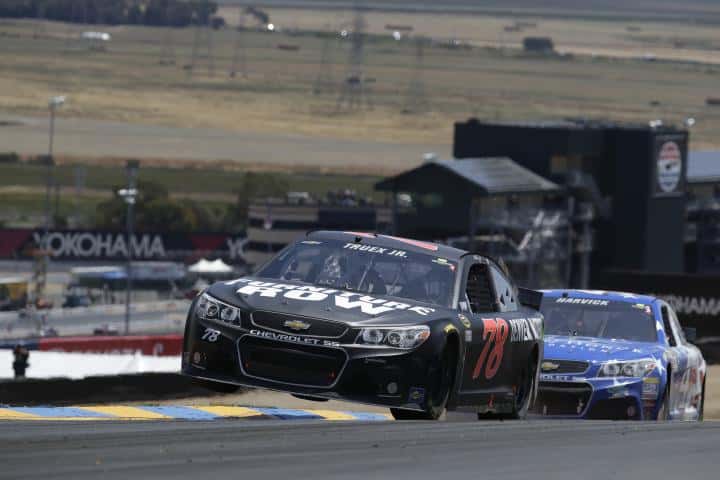 Although Sonoma Raceway is dominated by right-hand turns, it went all wrong for Martin Truex Jr. after contact with David Ragan sent the former Sonoma winner hard into the tire barriers.

Shortly after a lap 27 restart, Truex was racing side-by-side with Michael Waltrip Racing’s Ragan and approaching the famed esses on the 2.52-mile circuit. With Carl Edwards alongside, the No. 78 appeared to force Ragan over the curbing and off the course before Ragan drove into Truex’s left rear before spinning him off track.

“We were a lot faster than the couple of guys around us,” Truex said outside the infield care center. “Every time I passed the [No.] 55 he just kept staying on the side of me and not giving me three or four inches to get clear so we can all get going. After the fourth time of doing that, we both ran out of room and I guess he turned me on purpose.

Truex, who entered Sonoma with seven consecutive top-10 finishes, can take the hit in points as he scored victory three weeks ago at Pocono Raceway, locking him into the Chase given that he attempts to qualify for the next 10 races.

The Furniture Row Racing driver admitted he saw it coming after his initial contact with Ragan.

“I ran into the side of him first so I kind of had it coming; that was an accident,” he said. “I thought I gave him enough room there – It was just a product of the racing here, we’ll go on and do our thing.”

A red flag was waved to make extensive repairs to both the tire barriers and the concrete strips that were pushed out of position.