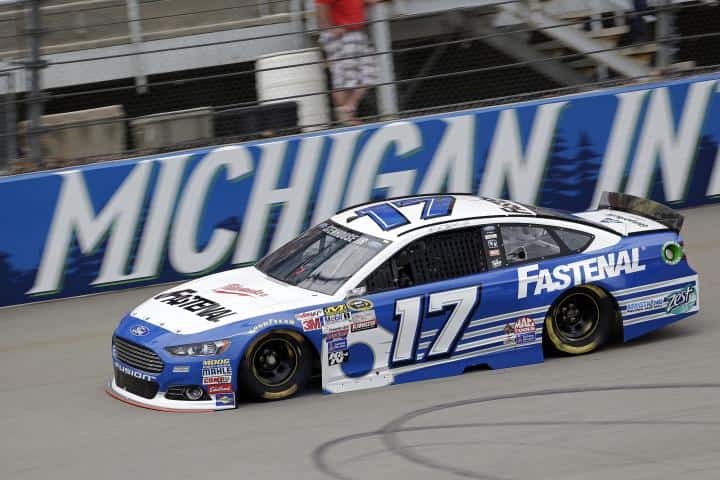 Michigan International Speedway may be Chevrolet’s backyard but it was once more commonly known as, “Jack Roush’s House.” Unfortunately for he and the entire Roush Fenway Racing organization, it appears someone locked the front door and took away the keys from Ford’s former racing giant.

Going into this weekend’s Sprint Cup Series festivities blue-oval fans were hoping RFR would make a U-turn on its dismal 2015 season. Sadly, it was just more of the same underperforming, unimpressive results posted by the team for most of the season.

The racing deities may have had mercy on Trevor Bayne and the Advocare Ford Fusion this weekend but even he admitted it was strategy call that handed them a ninth-place finish and not on-track performance. Although Bayne is an extremely talented driver, on some days, it really is better to be lucky than good otherwise he would have been mired back in the pack with Ricky Stenhouse Jr. and Greg Biffle.

Biffle may be the team leader but his car was so bad Sunday he could only manage a 36th-place finish. Stenhouse never was a factor during the race, but somehow finished better than Biffle in 25th place. At least he picked up a few spots from his starting position.

For several weeks, all discussions with and about RFR have focused on the question, “How do you turn things around?” Obviously, it’s not a simple answer but regardless the public appearance behind the scenes the Roush Fenway Racing is in crisis-mode and no one seems to have the cure for what ails them.

There have been numerous meetings about whether RFR’s results can be blamed on the cars or the drivers. All three drivers and their respective crew chiefs have been told no one is sacred. However, it is highly doubtful Biffle, Bayne and Stenhouse just all of a sudden forgot how to drive. And RFR’s performance isn’t a one-race problem; it has been an issue for 14 weeks.

The hard truth is the cars suck. They don’t handle well on the track, and whatever the problem is, it translates into a lack of speed, be it some kind of chassis setup or aero package they are running. If this issue were one dependent on engines, the other Ford teams wouldn’t be running up front. The new powerhouse Ford team, Team Penske, saw Joey Logano and Brad Keselowski both lead laps and finish in the top 10, but other Ford drivers also did better than RFR. Even Richard Petty Motorsports and the Wood Brothers held their own on Sunday.

It’s quite possible a major change is in the works at RFR, one that will involve a completely new regime. It’s disheartening to see a team with such an incredible history in the sport wither on the vine. Perhaps it’s time the Cat in the Hat takes a step back and let someone else guide the way.

Be sure to check out all of Jerry Jordan’s investigative NASCAR reporting on his own website, kickinthetires.net!

Jerry are you OK? Where’s the drama? Hope you get to feeling better.

the crisis management plan needs to start with a new management team- I now compare RFR President Steve Newmark to Matt Millen. He took what was a very good team and has lead it right into the ground.