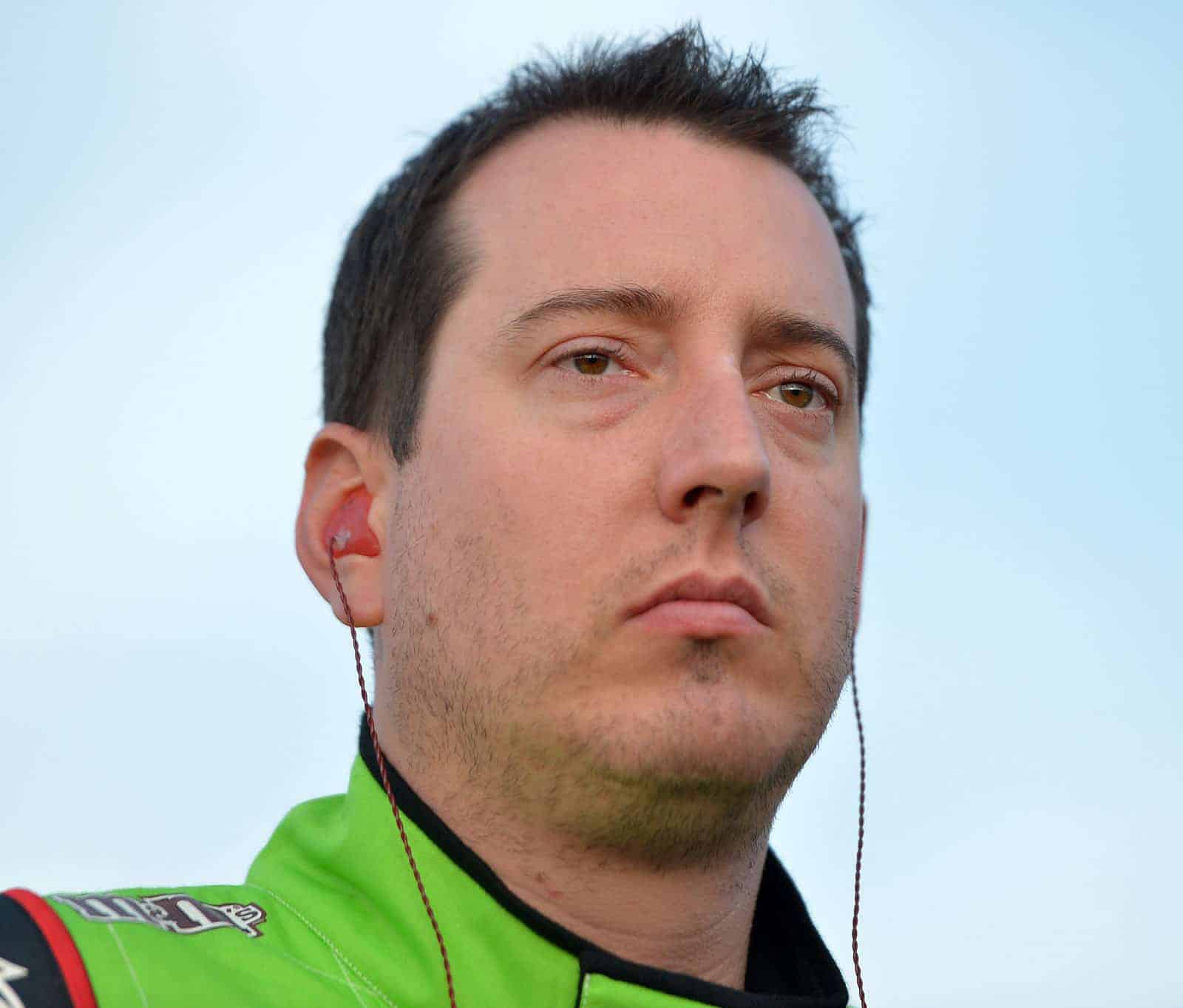 Over the past few years, this week would be the point in the season at which FOX Sports would be saying prolonged and distraught goodbyes, replete with plenty of crocodile tears, from the broadcast booth. Up next on the broadcast schedule would have been a six-race stretch with TNT. And every year that I’ve been writing a column, I’ve made a point to mention how much I enjoyed their much more understated, considerate and rational coverage when compared to the book-ending and occasionally bombastic networks of FOX and ESPN. This year, though, there is no TNT, which for me is a great shame. I will miss it. Plus, the next three races are all on FOX Sports 1, which will mean a swath of the NASCAR fanbase will not likely be able to view the races on broadcast TV. Nowadays, of course, there are so many ways to keep up with races (try “watching” one on Twitter) but for some, that won’t even be an option. All that being said, I am very much looking forward to seeing what NBC can bring to our sport. My guess is that the coverage will be excellent and just the fillip NASCAR needs heading into the stretch run and the Chase for the Cup.

That was not the afternoon Kyle Busch needed at Dover International Speedway. Busch was headed to what looked like at least a strong top five in the garishly colored Skittles car before his day ended in the outside wall of turn 3 and severe disappointment following a tangle with Brian Scott. Busch now sits, winless, some 168 points out of 30th and while there is still plenty of opportunity for him to qualify for the Chase, he can afford precious few more weekends like the one he had at the Monster Mile. I’m on record earlier this year as saying I truly hope Busch makes the playoff – especially given the way he sustained race-missing injuries at Daytona International Speedway in the opening week of the season.

During an interview with NBC’s NASCAR Talk, crew chief Adam Stevens was forthright with his take. “When you only have 15 races to score all the points you need to score and get a win, you can’t squander them on the hook,’’ he said. “I haven’t done the math to see where that will put us, but certainly one more of those, and that will be the end of that. You might get one mulligan in a 15-race stretch, and we just used it right there.’’

As a result, Busch will certainly be one to watch over the next few weeks; a sense of desperation has been heightened. One thing is for certain; back on track, it’s never boring with the younger Busch sibling.

There’s something about a Jimmie Johnson win that just somehow seems so routine. Now some of that is because it has happened so frequently: 74 times across his 15-year, 484-race career to be precise. But some of it is also because he is such a great driver. His wins, spread across almost every track on the NASCAR circuit become almost expected. It’s as if the rest of the field are just there to make up the numbers – such is his brilliance on any given Sunday. After his tenth win at Dover International Speedway it felt a little like that, a little rote – par for the course, if you will to mix my sporting metaphors.

Perhaps the really interesting question is just how many could he rack up when his career is all said and done? He’ll certainly eclipse Dale Earnhardt (76 wins) with Cale Yarborough (83 wins), Darrell Waltrip and Bobby Allison (both 84 wins) also in his sights. After that it’s Jeff Gordon (92 wins and counting), David Pearson (105 wins) and Richard Petty (200 wins). It’s fair to say that the 200-win mark is out of the question – even for Jimmie – but before he hangs up his driving gloves, can Johnson eclipse Pearson? It’s possible, that’s for sure. I certainly wouldn’t be surprised.

FOUR: Next Up – Pocono

Next up on the docket is the first of two trips in eight weeks to picturesque Pocono Raceway, the 2.5-mile “tricky” triangle track nestled deep in the Pocono Mountains of Pennsylvania. If you haven’t been to the circuit, it is amongst the most beautiful racetracks in the country. It is also one of the last remaining independently run tracks, owned by the Igdalsky and Mattioli families. Doctor Joseph Mattioli and his wife Rose, who I had the privilege and pleasure of meeting a few years back built the track in 1969 on what was a rundown spinach farm. Doc Mattioli passed away in 2012 at 86 years of age and let me tell you – as I’m sure many others would who knew him – he was a true gentleman and a genuinely fantastic human being. In a statement on Doc’s passing, NASCAR Chairman Brian France noted: “Doc’s relationship with my family reaches three generations, all the way back to my grandfather. His passion for the sport will live on in the hearts of his family and our fans. His contributions to our sport are widespread. We have lost a great leader — and a great person.”

Doc is still sorely missed. He would have enjoyed this race coming up, the 75th Cup event held at Pocono since it joined the Cup circuit in 1974. Dale Earnhardt Jr. swept both races last year; oh, what Junior Nation wouldn’t give for a repeat of the same this Sunday…

Finally this week, a brief word on Sunoco’s Burnt Rubber ad featuring six-time champ Johnson. I’ve been critical this year as to the lack of imaginative new NASCAR commercials (certainly when compared to years past) but there’s something about this one that gives me a good laugh. Perhaps it’s the checkered flag soles of the high heels; perhaps it’s the evocative voiceover or perhaps it’s Johnson in a tuxedo. Whatever it is, kudos to Sunoco on a great campaign idea and one, I suspect, that will have some legs (no pun intended).

I for one miss TNT, the lesser of the evils. And that isn’t saying much. Danielle Trots and her sidekicks this weekend just about sent me to the ER with a head explosion. Did her and Kenny Wallace have plastic surgery or more botox? Just asking. Sedatives are need for the faux hype they try and produce. I felt I didn’t have the stomach to sit thru the endless sales pitches, the weather was blah and reruns of the every laughable formulaic Finding Bigfoot had a stronger appeal, how sad.

Is there a better example of Karma than Kyle Busch? He hurts himself while stealing pay days and the joy of winning from teams trying to survive and thrive in the lesser series depriving fans of any enjoyment of those series in the process. As a result of that injury he probably deprives himself of a payday and a chance to enjoy the joy of winning the only Championship he should be concerned with. Just like this past week where, as usual, Kyle got impatient and bounced of the wall, his problems are of his own making.

JohnQ…..well stated. No truer words have been spoken. Thanks.

Kyle did NOT get impatient and bounce off the wall. He was passing a car three laps down, who for whatever reason, did not “see” him coming. For the record, Brian Scott took full responsibility for the wreck. I’m sure his owner Dickie Childress was as happy as you were, however. Scott and the evil Dillon spawn are a danger to everyone on the track and don’t belong in Cup racing.

Easy now, Scott probably didn’t know Kryle was special and everyone was supposed to get out of his way. Dating back to last year he has what, one win that he stumbled into.

…and I for one hope to goodness sakes Kyle Busch DOES NOT MAKE “THE CHASE”. Tough it up Skippy, new year, new opportunities next year, it wasn’t in the stars for you this year and it should not be on Brian’s say so..waiver or the insanely in place rules existing on the every changing “rule book”.

Danielle Trotta drives me nuts too. She is a good part of the reason that I no longer watch Fluff Hub. I don’t think I’ve ever heard her say anything sincere. I’ll give her this though. Take a good hard look at her. She really is not nearly as good looking as she thinks she is. But, she has a ton of confidence and real poise. So much so that it took me a year to notice that she is just average looking at best. As annoying as I find her I’ve got to admire that.

JohnQ, that is why the cosmetics industry rakes in billions and billions a year, make-up does do wonders and she seems to spackle in on (beyond the “stage” makeup). Also one of the most recession proof industries as well. :) :) :) :) :)

Little kb, as for the real KB making the Chase, it would be an interesting story line in a sport that needs some sort of excitement, but it probably won’t matter. I am hoping Jimmie gets No. 7 to join Petty and Ironhead and in the process, make the fans furious. It will be even better when he gets No. 8.

..Well sadly the racing should be the excitement, not somebody who broke their body parts and BZF gives him a wavier. BFD. NASCAR should not be a soap opera, and everybody gets a trophy. Good racing, that should be the news.

Johnson’s race wins total is impressive, but you will never convince me that his 10 race championships are any way, shape or form, comparable with Gordon, Sr, etc when comparing him to other legends of the sport.

I too will miss the break we used to get with TNT during the middle of the season. While TNT had their issues and shortcomings, at least we didn’t get the hyped-up, circus mentality that Fox and ESPN seem to think we want. TNT had a more cerebral, understated approach that was a welcome change.
I have no idea what to expect from NBC but I hope they don’t try to emulate Fox.

I will miss TNT as well for the reasons already given by kb and Bill B. Constant over-the-type hype gets old very quickly.

I would love to know how many people have signed up to receive Fox Sports 1 to see those races, and if it is worth
it to Brian France, as opposed to alienating even more fans. When will the Fox contract expire?

Gail, I think it is a 10 year tv deal which is in year one. Ugh !!!. Correct me if i am wrong fellow posters

As for that new commercial, kinda creepy and weird seeing Jimmie on a weekly basis with his wife and two young daughters and then in this commercial…plus this woman reminds me of Jeff Gordon’s wife, creepy commercial that deserves the “last channel” button.