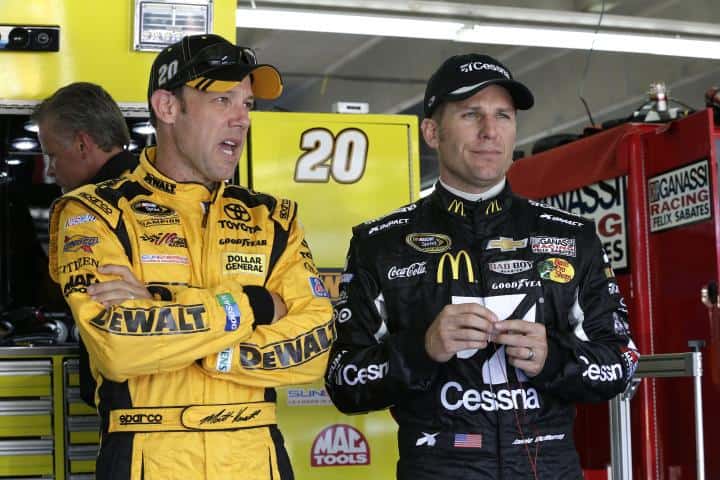 The All-Star weekend is over and it’s time for NASCAR’s longest race. The drivers are in for 600 miles this week at Charlotte Motor Speedway in one of NASCAR’s jewels of the season. Qualifying happened on Thursday with two more practices scheduled for Saturday. That means that there is still a bit of an information gap until those practices are run. Thankfully, we had last week’s All-Star event to reference along with the standard drivers at a mile-and-a-half track.

So what do we need to know about Fantasy picks this week? Well, 600 miles means 400 laps, and that’s quite a bit of points out there for us to go after. This is definitely not a front-to-back driver pick kind of week. This week, we will see the race go through a couple phases and different drivers dominate at different times. Who do I think those drivers will be? Well let’s take a look at the picks. As always, the prices I give are the ones you would have if you have been following along with my picks.

No. 4 Kevin Harvick $28.00
Harvick makes the team each week… he just does. On top of running as well as he did last year, he has dropped the mechanical issues that plagued him. Hold on a second, I need to knock on some wood. Harvick has won 50% of the last four races at Charlotte. If Harvick gets out front, look for a massive lead to develop much like the last few mile-and-a-half races have gone.

No. 20 Matt Kenseth $26.00
Don’t call it a comeback, he’s been here for years, no please don’t call it a comeback. Matt probably almost certainly most likely surely won’t win, however, he will lead quite a few laps and that put him on the team. Kenseth on my team, I’m feeling like its 2013. This should be a relatively safe and respectable pick, and all joking aside there is an outside chance the JGR guys could put it all together to dominate.

No. 41 Kurt Busch $22.50
Busch continues to be Harvick Lite. This year, Harvick Lite means Harvick Ultra or Harvick with Lime. Hmmmmm, now I am confusing myself. Let’s go with Busch being Harvick with Lime… kinda the same, but with an acidic twist. I will maintain that Busch was the best value you could pick up when he came back from his suspension and also is the best in-car audio to follow during the race. As a side note, if you do listen to his in-car audio, maybe put the kids in another room.

No. 51 Justin Allgaier $10.75
It’s finally time, I am dropping David Ragan. David could have worked out as a great pick, we gained a bunch of money with him but he keeps qualifying way too high to be useful as a pick. I am sure this week he will win the race and lead all the laps cause that seems to be how things go with these lower-level picks. I’ll be holding onto him on some of the side teams, but he has burned me too many times this year to recommend holding onto him. Justin has consistently finished better than where he starts and should be a good pick this week. He has shown some flashes of brilliance this year and lets hope this week is one of those.

As always, if you have any questions about your lineup feel free to leave a comment in the comments section and I will be checking and responding to any questions. Also check in after last practice as I may modify the lineup a little. Thanks for reading!

Great analysis of race data! Thanks!