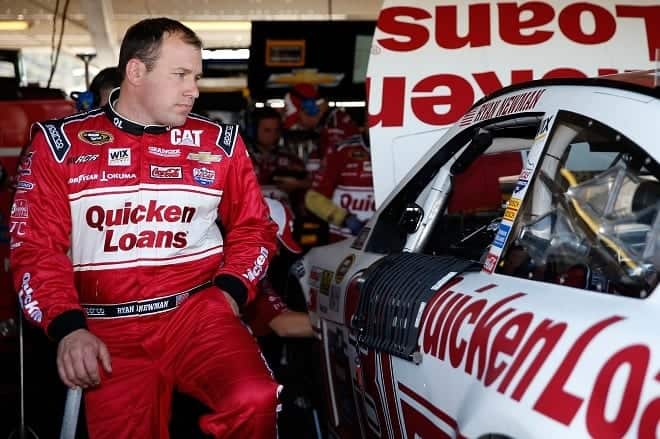 SWM-NEMCO Motorsports announced late Tuesday afternoon that Ryan Newman will pilot its No. 8 Chevrolet this weekend at Kansas Speedway. Originally entered with Joe Nemechek, the No. 8 truck will highlight Rescue Rance, an organization founded by Newman and wife Krisse that “promotes through its program a respect for all animals, as well as agricultural, environmental and wildlife conservation education.”

“As part of the Chevrolet family, we welcome Ryan Newman into SWM-NEMCO Motorsports to drive our No. 8 Chevrolet Silverado,” team co-owner and driver Joe Nemechek said of Newman’s addition for this weekend in a team release. “Ryan has won in the NASCAR Camping World Truck Series before, and will be able to provide valuable feedback for our team.”

Newman has five prior Truck Series starts and has yet to finish outside the top five, piloting trucks for two teams that are no longer in the series – Kevin Harvick Inc. and Turner Scott Motorsports.

“I look forward to returning to the NASCAR Camping World Truck Series,” Newman said. “I saw this as an opportunity to help a fellow Chevrolet team, and John Hunter Nemechek, a driver that I believe has a future in NASCAR.”

Great, I was wondering who was going to make sure that a regular couldn’t collect a payday now that Kyle Busch hurt himself. Oh, and also assure the fans that no real race would occur.

JohnQ, this time I have to disagree with you. Most of us complain about Cup drivers with Cup teams stomping the field. NEMCO is not KBM and I think it will be interesting to watch Newman compete. I always liked seeing how Cup stars did in lesser rides, and rarely do they race outside their current team’s program.

And we get to see a multi millionaire take a payday away from a working stiff just for giggles. Who doesn’t love that?

Yes, you’re right. What was I thinking? Such skilled oratory. I have seen the error of my ways. Cup guys should only drive in Cup and nothing else ever. Not even occasionally. Not even a go-kart in a charity event. Specialization is awesome.

Ah, you’re messing with me but I do see your point.

JohnQ,
I agree with you. When I saw the entry list and noticed no cup drivers looking for a few extra easy bucks, I knew it was too good to be true. Alas, someone just had to weasel their way in, since Kyle the legend is not around. I guess the stands will be completely full since the so called journalists including many on this website keep telling us the fans come out in droves to watch cup guys take money away from the small teams barely getting by.

Can you call this a Series when they’ve had one race in the last two months?