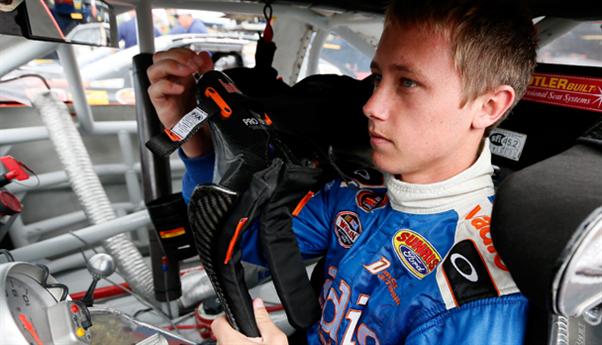 NASCAR Next driver Dylan Lupton is taking the first steps to moving up the ranks.

Lupton has landed a partial NASCAR XFINITY Series deal with Athenian Motorsports for the 2015 season, NASCAR announced on its website today.

The 21-year old will run seven races for the team, splitting the No. 25 Chevrolet with John Wes Townley. Townley will run the majority of the series schedule in the car. Lupton indicated on Twitter that he will be driving the car at Phoenix Raceway in March.

This is a dream come true. I can't think everyone enough for this opportunity! I'm anxious to get on the track in a month at @PhoenixRaceway

The Wilton, CA native has competed full-time in the NASCAR K&N Pro Series West for the last two seasons, scoring one win in both 2013 and 2014. Last season, he scored a career-best nine top 5s and top 10s in all 14 series events en-route to a runner-up finish in the series.

No sponsors or other plans for Dylan Lupton have been announced at this time. Ryan Partridge will replace Lupton in the No. 9 in K&N Pro Series West competition.