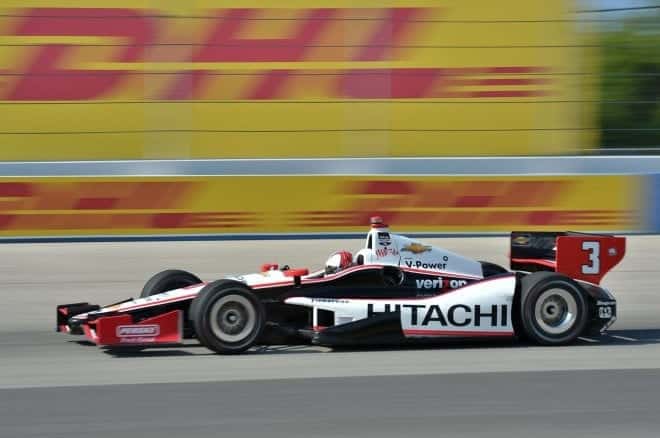 Always a bridesmaid…Castroneves came up just short and finished second in the championship for the fourth time in his career, this time to teammate Will Power. It’s always consistency with Castroneves. Yes, he had one win and he had bundle of top fives and tens. The problem is the other eight races where he finished outside the top ten, including four finishes of 18th and worse, two of which came in the final four races of the season.

Can Castroneves still get the job done? Absolutely, but he needs to get it done every week if he wants to add that missing accomplishment to his career stats.

Things are coming around for the driver who once won four consecutive championships in Champ Car. This is his second full time year in the Verizon IndyCar Series, he got a slight bump up in equipment and team, and the result is he’s improved his standing by two positions over 2013 and notched his first win since returning to American open-wheel racing. With the exception of Indianapolis, where he scored a seventh place finish, ovals continue to elude Bourdais. He didn’t crack the top ten on any of the others and in fact, finished outside the top 15 at all but Milwaukee.

Huertas is a rookie and he drives for Dale Coyne Racing, a long time series competitor, but not known for having the best funding out there. Still this operation has managed to pull off the occasional win over the last few seasons, and Huertas and company put together the strategy to make it happen at the first race in Houston this year. Never mind that they finished dead last the next day due to electrical issues.

Beyond the surprise win, however, the season was pretty much what you might expect for a rookie driver in an underfunded car, with the norm being finishes in the back half of the field. An oddity maybe for guys who gut out most things, but Huertas also dropped out early at both Iowa and Fontana due to illness.

“Frustrating” would be the most accurate word that one could use to describe Ryan Hunter-Reay’s 2014 season. In nearly every race, Hunter-Reay showed the kind of speed and skill that vaulted him to the 2012 IndyCar Series championship, but frustrating mistakes, bad luck, and mechanical gremlins ultimately prevented Hunter-Reay and his team from being able to achieve the kind of success that they probably deserved, based on their week to week speed.

Of course, despite the infuriating lack of consistency, the season was far from a total loss for the No. 28 group. Hunter-Reay captured his first ever Indianapolis 500 victory in stunning fashion after a furious duel with Helio Castroneves late in the race. Hunter-Reay also picked up wins at both Barber and Iowa, demonstrating the kind of versatility that he has become known for among IndyCar followers. Other good news came in the form of a contract extension with Andretti Autosport that will keep Hunter-Reay with the team for the foreseeable future.

So, overall, 2014 wasn’t a “bad” season for Ryan Hunter-Reay, but it was one that made you sit back and say “what if?” The goal for this group in 2015 will undoubtedly be to remove those “what if” moments from the equation altogether.

2014 was a season of transition for Tony Kanaan, who entered the year with a brand new ride and brand new set of expectations after spending multiple years with the under-resourced KV Racing Techologies outfit. Kanaan, much like his Ganassi teammates, struggled through the early part of the season with a car that just wasn’t quite up to the snuff of the other top level teams, which ultimately put him in a hole as far as points go.

Luckily for Kanaan, Ganassi largely got back on track around the midway point in the schedule, and from there, it was on. Kanaan went on a tear in the middle to late part of the season, putting together five podium finishes in the final seven races and getting a hard-fought win in the season finale at Fontana.

Overall, it took awhile for Kanaan to gel with the Ganassi organization, but once he did, he was extremely impressive. If he and his team can carry the momentum they built at the end of 2014 into 2015, he will be a threat for the championship at the end of the year.

Mikhail Aleshin entered his rookie season on the IndyCar circuit as a relative unknown to the American motorsports community. Aleshin, the 2010 Formula Renault 3.5 Series champion, had accomplished much in Europe, but until this season, he had yet to make much of a name for himself in the states.

While he certainly didn’t set the world on fire in his foray into the America’s Verizon IndyCar Series, he more than proved that he belonged. Aleshin was surprisingly competitive on a variety of tracks throughout the schedule, posting a seven top 10s and even securing an out-of-nowhere 2nd place finish in Houston.

A vicious crash during practice for the season finale at Fontana put a serious damper on Aleshin’s season unfortunately, and Aleshin was unable to compete in the final race of the season. Thankfully, Aleshin was ok, suffering a few broken bones and a concussion, but it certainly wasn’t an ideal way to end the season.

Once fully recovered, Aleshin will look to bounce back strong for his sophomore season next year.

After thoroughly impressing in the 2013 Indy Lights Series, Carlos Munoz stepped up to the big leagues of the Verizon IndyCar Series in 2014 driving for heavyweight team Andretti Autosport. Munoz came into the season as the most hyped rookie, and truthfully, he lived up to it. Munoz was consistently solid pretty much everywhere he went, and even threatened to challenge for the lead on a few occasions. Podium finishes at Long Beach, Houston and Pocono all helped solidify Munoz’s reputation on the circuit to boot.

Overall, Munoz did about what was expected in his rookie season in 2014 and earned a great deal of respect from his competitors. His Rookie of the Year award was well-earned, and he’ll look to come back strong in 2015 with an eye on his first IndyCar Series victory

At this point in Charlie Kimball’s career, we know what to expect of him. You know you’re dealing with a guy who is probably going to run 8th-14th most weeks, and then surprise you with a podium every now and then. Thus, the biggest problem with Charlie Kimball’s 2014 season was that he performed exactly how he was expected to. And no, that is not a good thing.

Despite showing flashes of brilliance in 2013, Kimball just never could quite replicate that in 2014. He was consistently mid-pack and never made many waves on race day. At some point, considering the equipment he is piloting, he’ll need to break through to that next level. Perhaps that’s what will happen in 2015?

If it happens, it will need to be soon, because despite the sponsorship Kimball brings to the table, one has to imagine that his boss, Chip Ganassi, can’t be happy with how Kimball has performed thus far. He’ll need to achieve more in 2015.

Interesting reading, but I would quibble about giving Munoz the same grade as HCN and RHR – they both won races and contended for the championship. Seems a tad generous…