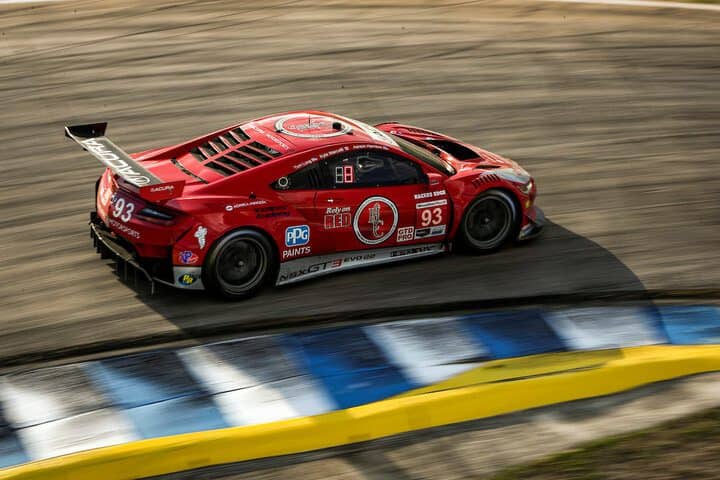 Wayne Taylor Racing and Racers Edge Motorsports announced Friday (Dec. 9) that they will expand their partnership in the IMSA WeatherTech SportsCar Championship’s GTD class in 2023. They will field an Acura NSX GT3 Evo22 in the full four-race Michelin Endurance Cup.  The three drivers that will compete in all four races will be Ashton Harrison, Danny Formal and Kyle Marcelli. Ryan Briscoe will join the team for Daytona.

Sponsorship will be provided by Harrison Contracting Corp., a Villa Rica, Ga.-based commercial painting company. Harrison’s father, Bill, is the president and co-founder of the company.

In 2022, Wayne Taylor Racing and Racers Edge Motorsports teamed up for a similar program, but it only ran at Sebring. Harrison and Marcelli were in the car along with Tom Long. The car raced in the GTD Pro class and finished eighth in class.

“I’m thrilled to be back in the IMSA paddock with the full Endurance Cup schedule alongside Harrison Contracting and Wayne Taylor Racing,” Harrison stated. “It’s also very exciting to have Racers Edge back with us to tackle the season. Getting the opportunity to share our red Acura NSX GT3 Evo22 with my WTR teammates Kyle and Danny for a full season is going to be a hoot and having Ryan Briscoe join us as our fourth driver for the Rolex is very exciting. His experience and success in IMSA and at the Rolex speaks for itself. He’s a great addition to our team. We all have a great working relationship with Wayne Taylor Racing and Racers Edge and have high expectations for each other and the team going into the opening rounds at the Roar and Rolex.”

Harrison drove for Racers Edge Motorsports for the full 2022 Fanatec GT World Challenge America Powered by AWS season in the Pro-Am class alongside Mario Farnbacher. The team claimed four class victories with a best overall finish of second in Race No. 2 at NOLA Motorsports Park en route to the Pro-Am championship. Harrison also has one career overall win in Fanatec GT World Challenge America Powered by AWS competition, that coming in the 2021 Indianapolis 8 Hour for Compass Racing (the first three hours of the Intercontinental GT Challenge event counted towards season-long points).

Marcelli also has past experience with Racers Edge Motorsports, having driven for the team in 2020. More recently, he spent 2022 racing full-time in IMSA Michelin Pilot Challenge for Infinity Autosport and PF Racing (post-Sebring) alongside Sheena Monk, where they finished eighth in Grand Sport points with a best finish of third at Lime Rock Park. Marcelli was also part-time in the LMP3 class for Andrew Wojteczko Autosport (AWA).

For Formal, Daytona will mark his debut in GT3 equipment. He has raced full-time the past two years for Wayne Taylor Racing (in partnership with Prestige Auto Group, a division of Lithia Motors) in Lamborghini Super Trofeo North America, sharing his No. 1 Lamborghini Huracan with Marcelli. Together, they earned five victories and won the Pro class championship earlier this year.

Formal officially has only one career start in the IMSA WeatherTech SportsCar Championship. That came for Muehlner Motorsports America in the Sahlen’s Six Hours at the Glen in June. However, Formal never got in the car before it was retired due to a fire.

Briscoe has not raced in the IMSA WeatherTech SportsCar Championship since 2021, when he made a couple of starts in a Ferrari for Scuderia Corsa. Prior to that, he finished second in DPi points in 2020 with Wayne Taylor Racing. More recently, he has been competing in the FIA World Endurance Championship with Scuderia Cameron Glickenhaus with their Hypercar.