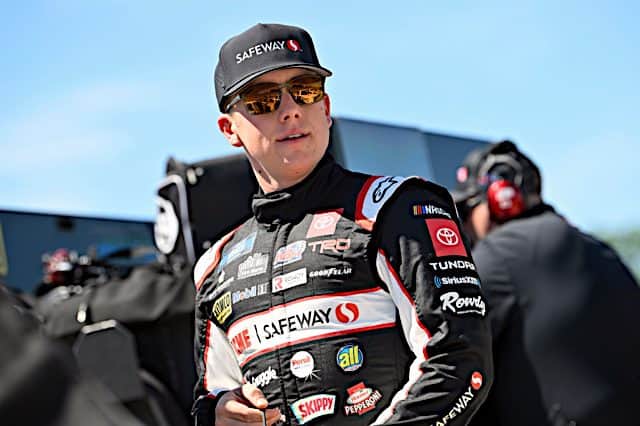 Nemechek will compete in the team’s No. 20 full time, while Truex will drive the No. 19 in six races.

“I’m appreciative of the opportunity to get back to competing full time in the Xfinity Series,” Nemechek said in a team release. “JGR is a group that I know I can win with after getting that win at Texas in 2021. I’m excited to get to work on the 2023 season so we can go out and win some races and compete for a championship.”

“I am thrilled to be behind the wheel of the No. 19 for a few races next season,” Truex added. “It was fun to run well with the team this past year. I appreciate the opportunity to race for JGR again next year. I think we can build from what we learned this year and get some solid runs in.”

Jason Ratcliff will be the No. 19’s crew chief.

JGR teased a future announcement for the remainder of the No. 19’s driver lineup, but it’s not currently clear if the team will run full time.

Truex’s schedule beyond his planned amount of starts has not been announced.

Nemechek moves up from the NASCAR Craftsman Truck Series, where he drove full time for Kyle Busch Motorsports in 2022, scoring two wins, 10 top fives and 15 top 10s. He also ran 11 Xfinity races between JGR and Sam Hunt Racing, with a best finish of fourth at Darlington Raceway.

Truex ran six Xfinity races in 2022 between JGR and SHR, his top result a third at Atlanta Motor Speedway.

Nemechek and Truex join Sammy Smith at JGR in 2023. Smith was announced this week as the full-time driver of the No. 18.