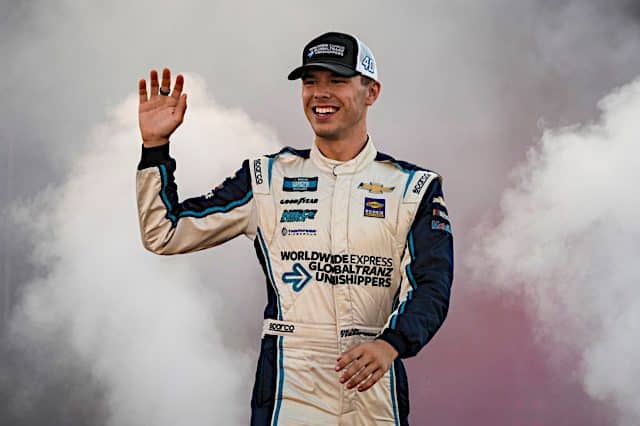 Dean Thompson has moved to TRICON Garage for 2023, driving full time for the team in the NASCAR Craftsman Truck Series, TRICON announced Dec. 5.

Thompson will drive the newly formed No. 5.

“I am thrilled to start the next chapter of my career with TRICON Garage and Toyota Racing Development,” Thompson said in a team release. “The team and manufacturer have quickly made a statement in the Truck Series as striving to be the best of the best. I’m ready to take on the challenge and live up to the expectations of being a driver for TRICON.”

“We’re really excited to welcome Dean into the TRICON program for 2023,” team co-owner David Gilliland added. “Our goal is to develop future stars of the sport, and he has all the intangibles of a driver with a long NASCAR career ahead of him. He shares our commitment to growing this team into a premier Truck Series organization, and we can’t wait to hit the track with him at Daytona.”

The team announced earlier this year that it also plans to field the No. 1 part time.